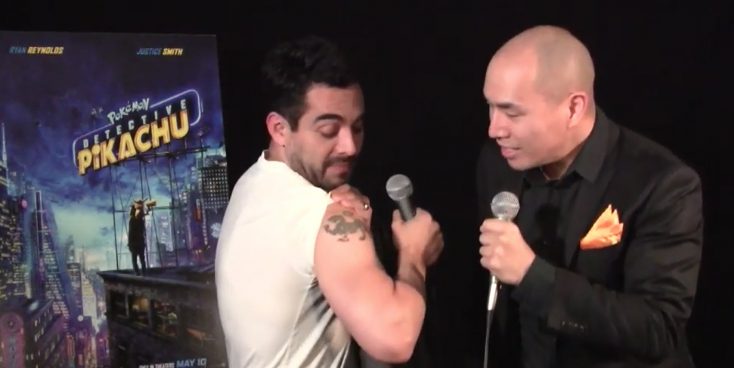 HOLLYWOOD-Omar Chaparro is known in his native Mexico as a superstar actor, comedian, singer and TV Personality, but now he can add a Charizard trainer in the film “Pokémon Detective Pikachu” also starring Ryan Reynolds.

Interestingly, Chaparro didn’t realize that Pokémon had an immense following. He said that he had to do some research on the Pokémon phenomenon. Chaparro heard of Pikachu before but didn’t know how big it was until the trailer of the film was released. Once it hit social media, fans of the Mexican personality started posting the excitement of Omar being part “Pokémon Detective Pikachu.”

In the film, Omar plays Sebastian, an illegal underground Pokémon fighting arena owner and Charizard trainer. During one of the fights, Sebastian inadvertently releases a gas labeled “R” affecting the fight spectators.

During a special interview with Front Row Features special correspondent, Tiger Sheu, Chaparro talks more about being part of the film and his tattoos.

Daniel Henney talks about his role in “Shanghai Calling”