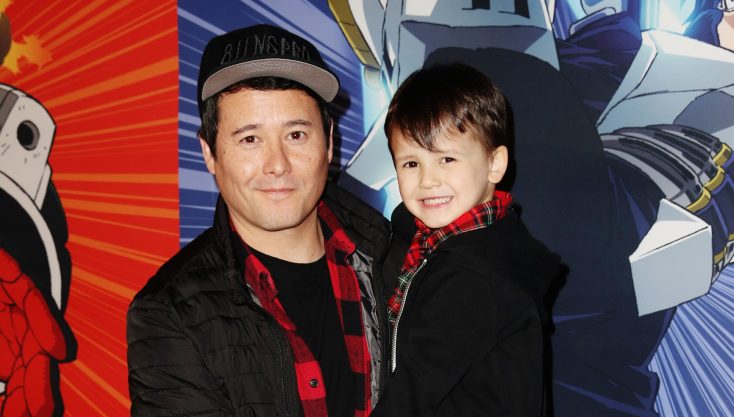 HOLLYWOOD—It was all about anime heroes as Funimation Studios hosted the North American film premiere of “My Hero Academia: Heroes Rising.” The voice cast along with celebrities and fans joined in the celebration for the popular film.

Many fans from all over Southern California came in Cosplay outfits to join in the fun. One fan said that he and his friend came from the town of Fontana just to support the film, adding that they didn’t mind the 2-1/2 hour drive to attend the premiere.

In “Heroes Rising,” the class of heroes visit Nabu Island where they experience the real world of being heroes. It’s a bit like being on vacation for the group but that serenity ends when they’re attacked by a villain named Quirk. They must act fast to bring peace back to the island.

Voiceover actors from the film were so excited to share the project with the fans. Actors from the film attending the premiere included Johnny Yong Bosch (Nine), David Matranga (Shoto Todoroki), Ricco Fajardo (Mirio), Gabe Kunda (Rockland), among others.

“My Hero Academia: Heroes Rising” is currently in theaters nationwide.

Danny Cole Brings His ‘Creature World’ To Life At ComplexCon