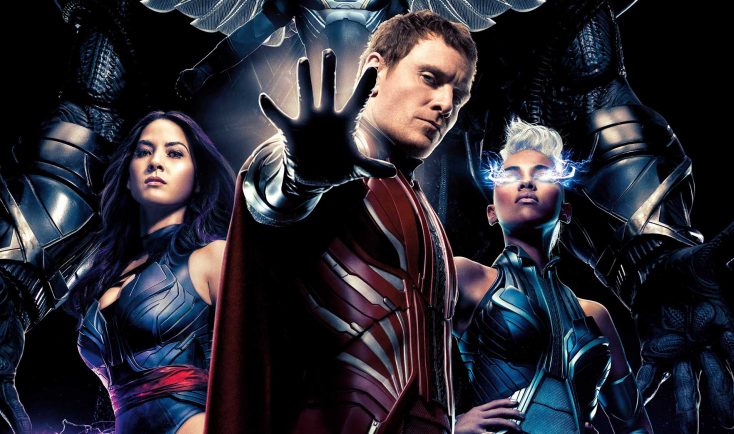 Featuring only one actor (Hugh Jackman as Weapon X/Wolverine) who appeared in the original X-trilogy before “X-Men: First Class” and “X-Men: Days of Future Past” offered different-era versions of some central characters, “X-Men: Apocalypse” takes the risk of replacing everyone else in the cast with younger performers. It’s not a reboot in the traditional sense, considering the timeline-changing finale of the last movie, but a cleverly satisfying way to make everything old new again.

Fans also will be glad to hear that Evan Peters, who debuted as the high-speed hero Quicksilver last time around, is back to steal the show once again with the movie’s most enjoyable and elaborate action scene. Jennifer Lawrence also returns as the shapeshifting Raven/Mystique, who instantly can alter her appearance to perfectly mimic anyone of any sex or size (right down to that person’s clothes, which always seems odd, but just go with it).

Where “X-Men: First Class” took place in 1962 and most of “X-Men: Days of Future Past” was set in 1973, “X-Men: Apocalypse” jumps another decade to 1983. CIA agent Moira MacTaggert (the radiant Rose Byrne), whose memories of a Castro-era encounter with X-Men leader Charles Xavier (James McAvoy) were deleted by him after that event, discovers that a megalomaniacal mutant with god-like powers has been resurrected in Egypt. Apocalypse (a suitably menacing and heavily made-up Oscar Isaac) is sufficiently disgusted with the state of the modern world that he enlists the equivalent of the biblical four horsemen to help him destroy it: the weather-controlling Storm (Alexandra Shipp), the metal-feathered Angel (Ben Hardy), the energy-sword wielding Psylocke (Olivia Munn) and former supervillain with a fresh grudge Magneto (Michael Fassbender).

Back stateside, teenage Scott Summers (Tye Sheridan) accidentally destroys a high school bathroom with his blazing eye-beams before being enrolled at Xavier’s School for Gifted Youngsters, where mutants learn to develop and control their superhuman skills as part of the curriculum. That’s where he meets the telepathic Jean Grey (Sophie Turner, displaying the same sad resignation that haunts her Sansa Stark character on “Game of Thrones”); the brainy but sometimes blue and brawny Hank McCoy/Beast (Nicholas Hoult); and the even bluer and more bizarre Kurt Wagner/Nightcrawler (Kodi Smit-McPhee), who can vanish in a puff of smoke and reappear elsewhere.

What separates the Fox studio’s X-Men outings (and their Wolverine spinoffs) from the same-publisher-different-universe Marvel Studios movies (which include Iron Man, Captain America, and The Avengers) is that X-Men offerings are a little more serious and a lot less tongue in cheek. That doesn’t mean they are grimly joyless “Batman v Superman”-style slogs, but that they have a bit more class and dramatic weight than most popcorn flicks.

This time around, the always excellent Fassbender imbues Magneto with real poignancy on his journey from exiled imposter to vengeance-seeking villain. Lawrence’s Mystique is first seen liberating enslaved mutants who are forced to battle each other in “fight or they’ll kill us both” cage matches, and Turner’s Grey sees horrifying visions of the world ending in flames.

The movie is at its best when it focuses on the heroes’ relationships with each other, and actually feels smaller when the fight scenes get bigger. Also, during the final massive-destruction showdown with Apocalypse, it’s odd that the good and bad guys go at each other in a completely deserted no-man’s-land with zero interference from soldiers, cops or even angry citizens with sticks.

This is the fourth X-flick directed by Bryan Singer. Simon Kinberg’s screenplay takes a jab at 2006’s non-Singer “X-Men: The Last Stand” by having a character who has just seen “Star Wars: Return of the Jedi” note that “the third one’s always the worst.” (Personally, I would rank Singer’s “X-Men 2” at the bottom of the X-list.) With any luck, Singer’s sense of one-upmanship will inspire him to do his own version of Jean Grey’s epic transformation to Dark Phoenix, which occurred in “Last Stand” and is foreshadowed in “Apocalypse.”

Based on their performances here, the new kids would be up to the task.