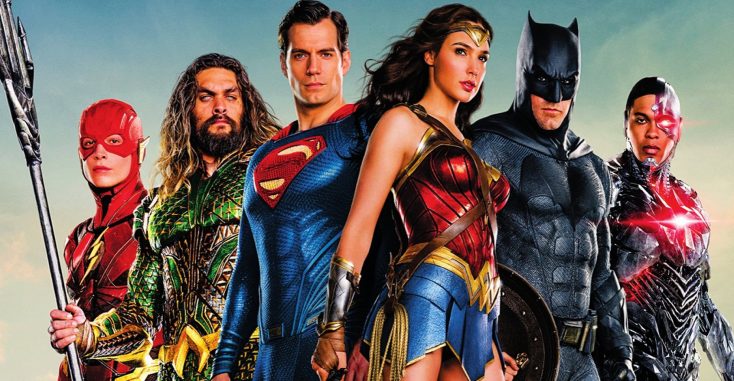 The next chapter of the “Star Wars” saga—“Star Wars: The Last Jedi”—arrives on HD and 4K Ultra HD and via Movies Anywhere Tuesday March 13 and on 4K Ultra HD Blu-ray, and Blu-ray March 27.

The 4K Ultra HD Blu-ray disc of “Justice League” will feature Dolby Vision HDR that dramatically expands the color palette and contrast range, and uses dynamic metadata to automatically optimize the picture for every screen, frame by frame. Also, the 4K Ultra HD Blu-ray and Blu-ray 3D discs of “Justice League” will feature a Dolby Atmos soundtrack remixed specifically for the home theater environment to place and move audio anywhere in the room, including overhead.

Additionally, all the special features, including interviews with filmmakers and featurettes, can be experienced in an entirely new, dynamic and immersive manner on tablets and mobile phones using the Warner Bros. Movies All Access App, available for both iOS and Android devices.

A darkly funny and entertaining examination of Tonya Harding, the most controversial figure in the history of figure skating, and the headline-grabbing scandal that mesmerized a nation. “I, Tonya” on home entertainment formats is packed with more than 40 minutes of exclusive bonus content. The Digital, Blu-ray, and DVD showcase deleted scenes and in-depth featurettes taking viewers behind-the-scenes of the film and its captivating story. The biopic also is available now on digital platforms and the all-new digital movie app Movies Anywhere.

Spanning Harding’s earliest days at the ice rink to the notorious vicious assault on frontrunner Nancy Kerrigan, to the competitor’s unprecedented re-do at the Olympic Games. Presenting multiple, and at times contradictory, perspectives of the events, the film explores the ways public opinion can be permanently shaped by news agendas and tabloid culture. But beyond the headlines, “I, Tonya” tells a complex story of resilience and perseverance, as a rebellious working-class girl pursues her dream competing in a “ladylike” sport, only to be caught up in controversy and criminal circumstances created by her involvement with those closest to her.

The family adventure comedy “Monsters at Large” arrives on DVD, Digital and On Demand Tuesday March 13. Mischa Barton (“The O.C.”), Brooklynn Prince (“The Florida Project”) and Austin St. John (“Mighty Morphin Power Rangers”) star in this adventure, which is in the vein of “The Goonies,” “Super 8,” and “Stranger Things.” Alex decides to end his kid brother’s nightmares by forming a task force to take care of imaginary monsters. When their business becomes a hit, nothing can go wrong…until one of the monsters turns out to be real, and really big! Stephen Tobolowsky (“The Goldbergs”) also stars in this spooky, silly, supernatural saga. Approved by the Dove Foundation for all ages, the “Monsters at Large” DVD includes a “Monsters at Large: A Behind-the-Scenes Look” featurette, and will be available for the suggested retail price (SRP) of $14.98.

The final season of TNT’s gripping crime drama “Major Crimes” is set for release Tuesday March 13 on DVD from Warner Bros. Home Entertainment (WBHE). Just two months after the series finale, “Major Crimes: The Sixth and Final Season” will feature all 13 episodes from the fan favorite police drama’s sixth season, plus a hilarious gag reel and never-before-seen deleted scenes. The show that began as a sequel to the award-winning police procedural “The Closer” and quickly became a hit series in its own right, is now drawing to an end after a successful, six-year run. Fans won’t want to miss learning the fate of their favorite squad of detectives as they continue to investigate L.A.’s most complex crimes in the show’s final season.

Whether you want to relive one of the most sensational scandals in sports history or watch Allison Janney’s Academy Award-winning performance over and over again, Front Row Features has three copies of “I, Tonya” to give away this week on Blu-ray/DVD Combo Pack. To enter the contest, simply email socalmovieeditor@aol.com by Tuesday March 20 for your chance to win with your honest answer to the question, “Who did you like more: Tonya Harding or Nancy Kerrigan?” Good luck!