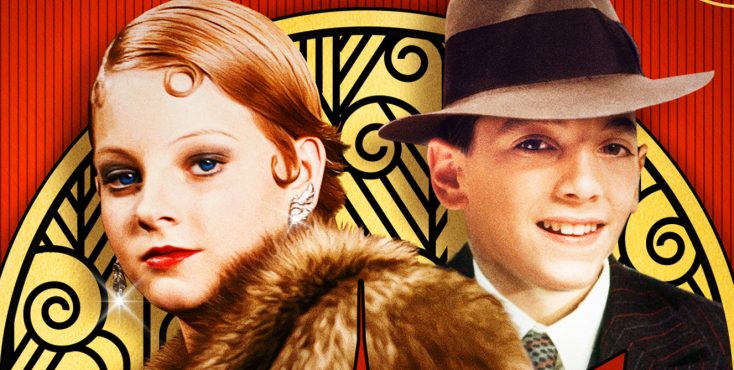 BEASTS OF NO NATION. (DVD Artwork). ©The Criterion Collection.

Beasts of No Nation (Drama)

The acclaimed drama “Beasts of No Nation” arrives on Blu-ray and DVD in Criterion Collection edition Tuesday Aug. 31.

The nightmare of war is seen through the eyes of one of its most tragic casualties—a child soldier—in this harrowing vision of innocence lost from Cary Joji Fukunaga (“No Time to Die,” “True Detective”).

Based on the acclaimed novel by Uzodinma Iweala, “Beasts of No Nation” unfolds in an unnamed, civil-war-torn West African country, where the young Agu (Abraham Attah, in a haunting debut performance) witnesses carnage in his village before falling captive to a band of rebel soldiers led by a ruthless commander (an explosive Idris Elba), who molds the boy into a hardened killer. Fukunaga’s relentlessly roving camera work and stunning visuals—realism so intensely visceral it borders on the surreal—immerse the viewer in a world of unimaginable horror without ever losing sight of the powerful human story at its center.

The Criterion Collection edition includes new audio commentary from director Fukunaga, two new documentaries on the making of the film and interviews with stars Idris Elba, Attah and more.

The Boxtrolls and Coraline (Animated Adventure)

Groundbreaking and critically-acclaimed films from Laika Studios “The Boxtrolls” and Coraline” will be available in new high-definition releases Tuesday Aug. 31, from Shout! Factory.

From Henry Selick (“The Nightmare Before Christmas,” “James and the Giant Peach”) and based on the novella of the same name by author Neil Gaiman (“Sandman”), “Coraline” is a wondrous, thrilling, fun and suspenseful adventure and the first stop motion animated film ever to be conceived and photographed in stereoscopic 3-D, unlike anything moviegoers had ever experienced before. A young girl walks through a secret door in her new home and discovers an alternate version of her life. On the surface, this parallel reality is eerily similar to her real life—only much better. But when this wondrously off-kilter, fantastical adventure turns dangerous and her counterfeit parents try to keep her forever, Coraline must count on her resourcefulness, determination, and bravery to save her family and get back home.

“The Boxtrolls” is a comedic fable that unfolds in Cheesebridge, a posh Victorian-era town obsessed with wealth, class and the stinkiest of fine cheeses. Beneath its charming cobblestone streets dwell the Boxtrolls, foul monsters who crawl out of the sewers at night and steal what the townspeople hold most dear: their children and their cheeses. At least, that’s the legend residents have always believed. In truth, the Boxtrolls are an underground cavern-dwelling community of quirky and lovable oddballs who wear recycled cardboard boxes the way turtles wear their shells.

The Boxtrolls have raised an orphaned human boy, Eggs, since infancy as one of their dumpster-diving and mechanical junk-collecting own. When the Boxtrolls are targeted by villainous pest exterminator Archibald Snatcher, who is bent on eradicating them as his ticket to Cheesebridge society, the kindhearted band of tinkerers must turn to their adopted charge and adventurous rich girl Winnie to bridge two worlds amidst the winds of change—and cheese.

The Blu-ray + DVD combos are loaded with all-new special features, including “Inside Laika interviews with the studio’s animation team,” never-before-seen animation test footage and feature-length storyboards for each of the films. Both films were nominated for the Academy Award for Best Animated Film. (Other award-winning Laika films are also slated for release through Shout! Factory.)

Celebrating its 15th anniversary this year, Laika is known for blending trailblazing artistry with bleeding-edge filmmaking technology. In making the studio’s first feature, director Henry Selick and the team behind 2009’s “Coraline” brought the film to life with painstakingly handcrafted stop-motion, utilizing an innovative combination of new and existing technology creating a sense of timelessness and securing its place as a modern classic. It was the first stop motion film ever conceived and photographed in stereoscopic 3-D, creating a new and thrilling experience for viewers.

The film, celebrating its 45th anniversary this year, is available for the first time in the U.S. on Blu-ray, and has been remastered from the original elements for this limited-edition release.

The Blu-ray includes a new Filmmaker Focus delving into this early work from the director of “Fame,” “The Commitments,” “Pink Floyd: The Wall,” “Mississippi Burning” and “Evita.”

The limited-edition Paramount Presents Blu-ray discs come in collectible packaging featuring a foldout image of each film’s theatrical poster and an interior spread with key movie moments. Each disc also includes access to a digital copy of the film.

In the Heights (Musical)

Experience the cinematic event, where the streets are made of music and little dreams become big, when “In the Heights” arrives on 4K, Blu-ray and DVD Tuesday Aug. 31, from Warner Bros. Home Entertainment.

Lights up on Washington Heights. The scent of a cafecito caliente hangs in the air just outside of the 181st Street subway stop, where a kaleidoscope of dreams rallies this vibrant and tight-knit community. At the intersection of it all is the likeable, magnetic bodega owner Usnavi (Anthony Ramos), who saves every penny from his daily grind as he hopes, imagines and sings about a better life.

The home entertainment editions contain several bonus features about the making of the film as well as sing-alongs.

Join pals Lucky, Abigail and Prue in “Spirit Untamed,” an epic journey brimming with family, friendship and adventure that you can watch over-and-over. The all-new film will be available on Blu-ray and DVD Tuesday Aug. 31, from Universal Pictures Home Entertainment and DreamWorks Animation.

The animated adventure centers on free-spirited Lucky Prescott, who moves to Miradero to join her estranged father. She is decidedly unimpressed with the sleepy town until she discovers a unique tie to her late mother who was a fearless horse-riding stunt performer. She quickly forms a bond with a wild mustang named Spirit and makes two new pals who love horses as much as she does. When a heartless wrangler plans to capture Spirit and his herd, Lucky and her friends set off on an epic journey to rescue the horse who has given her an unbreakable connection to her mother’s legacy.

The adventure is directed by Elaine Bogan (“Trollhunters: Tales of Arcadia”) and co-directed by Ennio Torresan (“The Boss Baby”). The film is produced by Karen Foster (“How to Train Your Dragon”) and the film’s score and original song “Fearless” is by composer Amie Doherty (“Marooned”).

The “Spirit Untamed: The Movie” on Blu-ray and DVD is jam-packed with more than an hour of bonus content, including deleted scenes, multiple at-home activities, including how to make your own “campfire” indoors, cast interviews, sing-alongs, and much more. The film also is available now on Digital platforms.

Two newly restored films by Jacques DeRay will be available on Blu-ray and DVD Tuesday Aug. 31, distributed by Kino Lorber.

The 1977 crime drama “The Gang,” is set in 1945, as World War Two comes to a close. Five small time crooks unite to form a gang lead by the charismatic Alain Delon. After several bold robberies, they become notorious as “the front-wheel drive gang.” The police attempt to stop their crime spree with little success, but how long will their luck last?

The 1980 crime drama “Three Men to Kill” is a gritty, violent and suspenseful thriller, in which Delon plays Gerfaut who comes to the aid of a man laying wounded in the road, not knowing the man has taken two bullets to the belly. Soon he becomes the target for the killers, who see him as a dangerous witness. But Gerfaut has been around the block a couple of times and he won’t be so easily eliminated.

The uplifting drama stars Luke Wilson, Vinessa Shaw, Wayne Knight, Jake Austin Walker, with Robert Duvall and Martin Sheen, and tells the true story of the Mighty Mites, the football team of a Fort Worth orphanage who, during the Great Depression, went from playing without shoes—or even a football—to playing for the Texas state championships. Over the course of their winning season these underdogs and their resilient spirit became an inspiration to their city, state, and an entire nation in need of a rebound, even catching the attention of President Franklin D. Roosevelt. The architect of their success was Rusty Russell, a legendary high school coach who shocked his colleagues by giving up a privileged position so he could teach and coach at an orphanage. Few knew Rusty’s secret: that he himself was an orphan. Recognizing that his scrawny players couldn’t beat the other teams with brawn, Rusty developed innovative strategies that would come to define modern football.

The film is based on Jim Dent’s bestseller and directed by Ty Roberts from a screenplay he wrote with Lane Garrison and Kevin Meyer.

Dr. Shaun Murphy (Freddie Highmore), a young surgeon with autism and savant syndrome, continues to use his extraordinary medical gifts at St. Bonaventure Hospital’s surgical unit. As his romantic relationship with Lea deepens, he also faces new responsibilities as a fourth-year resident, when he is put in charge of supervising a new set of residents that will test him in ways he cannot predict. Meanwhile, the team must deal with the uncertainty and pressure that the COVID-19 pandemic brings now that it has hit their hospital.

“The Good Doctor: Season 4” on DVD includes deleted scenes, a blooper reel and a farewell to Antonia Thomas, who played Dr. Claire Browne on the series.

The 14th season of the popular British crime series, “The Murdoch Mysteries” arrives on Blu-ray and DVD Tuesday Aug. 31, from Acorn TV.

Murdoch (Yannick Bisson) continues his inventive detective work with Ogden’s (Hélène Joy) unflinching support, even after an investigation leads him to a family member that he never knew about. Brackenreid’s (Thomas Craig) marriage, now on the mend, is tested once more, and Crabtree’s (Jonny Harris) relationship with Effie Newsome is threatened by a potentially volatile interloper. The three-disc set containing all 11 episodes of “Murdoch Mysteries: Season 14” will be available for $49.99 (SRP) each.

Front Row Features is giving away one copy of Dreamworks’ animated adventure “Spirit Untamed: The Movie” on Blu-ray to one lucky winner. To enter the contest, simply email frontrowfeatures@gmail.com by Sept 8 for your chance to win. Good luck!