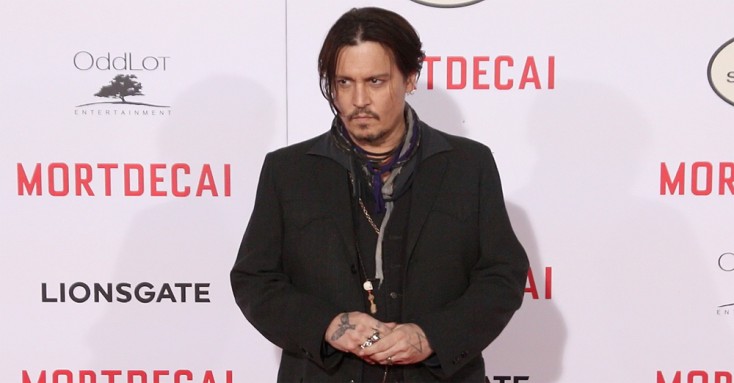 HOLLYWOOD—It was all about mustaches as the TCL Chinese Theatre hosted the movie premiere of “Mortdecai,” starring Johnny Depp, Gwyneth Paltrow, Olivia Munn and Ewan McGregor. Other celebrities joined the cast of the comedy caper on the red carpet, where a joyful mood prevailed as each guest was presented with a paper mustache on stick and encouraged to pose on the red carpet with it.

Munn was dressed in a flattering black dress while Gwyneth Paltrow for a light blue ensemble. Depp appeared to be in a serious mood as he posed for the cameras. McGregor took a moment to greet fans across the street from the historic theater before heading to the red carpet to pose for photographers and respond to questions posed by various media outlets.

Below are b-roll clips of the cast posing on the red carpet and Johnny Depp posing for photographers.

Ewan McGregor posing for the photographers