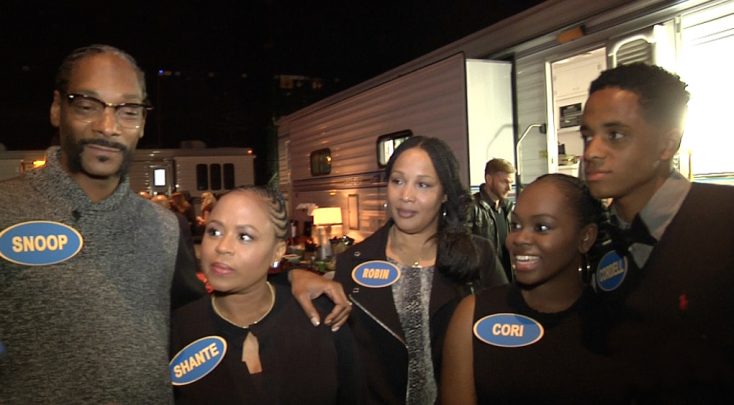 HOLLYWOOD—Snoop Dogg may have been in some feuds before, but a “Family Feud” is one he doesn’t mind getting into. Snoop and his family will be battling it out against boxing legend Sugar Ray Leonard and his family on ABC’s upcoming “Celebrity Family Feud” to help raise funds for the Snoop Youth Football League, a charity that provides opportunity for inner city youth to participate in football and cheer.

Snoop Dogg says, “That’s a charity I’ve been supporting for the last 10 to 12 years. We’d had so many kids we’ve put through high school and college.”

The hip hop artist adds that he doesn’t worry about being chided too much by the game’s host Steve Harvey since they are friends. There is  not much to worry about with stupid answers since Snoop and his family are big fans of “Family Feud.” The family was watching episodes of the show on their drive to set. The family loves to watch the show together at home yelling and laughing. Snoop jokingly notes that they hate some of the dumb families that come on the show, especially hearing the worst answers from them.

Snoop will be joined by his wife Shante Broadus, his kids Cordell and Cori Broadus, and his cousin Robin Allen.