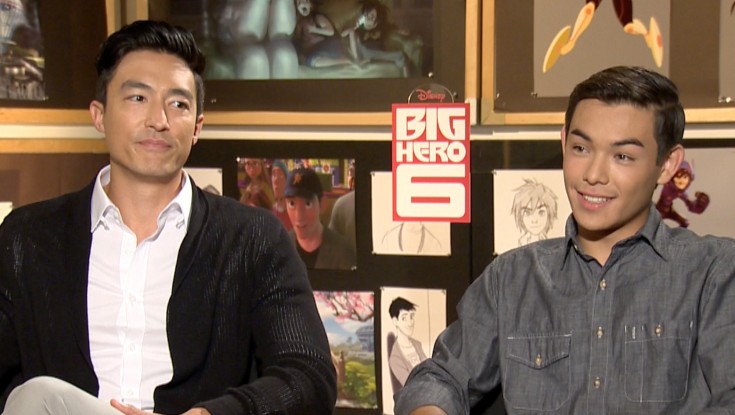 By PETERSON GONZAGA Front Row Features HOLLYWOOD—As part of the Blu-ray/DVD release of “Big Hero 6,” Ryan Potter and Daniel Henney joined directors Don Hall and Chris Williams for a press junket of the film. The cast and filmmaker talked about the success of the film and the special b [...]

By ANGELA DAWSON Front Row Features HOLLYWOOD— Daniel Henney and Ryan Potter are excited to be part of Disney’s “Big Hero 6” cast, not only because being part of a major Hollywood studio film has bolstered their resumes, but also because the family film’s message about brotherhood, teamwork and f [...]

By PETERSON GONZAGA Front Row Features HOLLYWOOD—Celebrities and fans alike turned out to celebrate and support world boxing champion Manny Pacquiao for the premiere of the documentary film “Manny,” at the TCL Chinese Theatre Tuesday. Directed and produced by Ryan Moore, the film take [...]