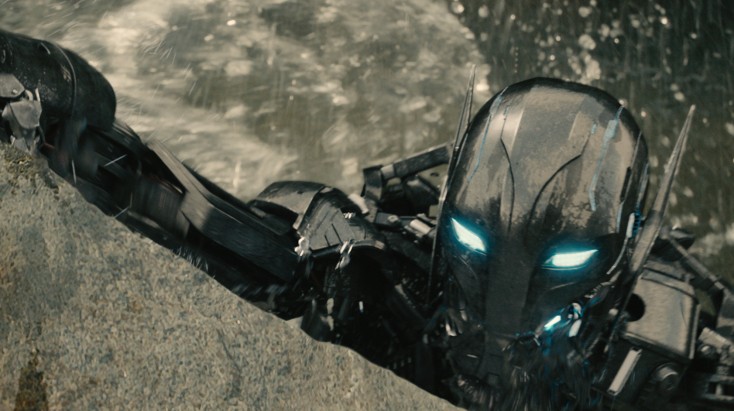 Following 2012’s first Avengers-assembled outing, as well as three more solo movies for franchise favorites Iron Man (Robert Downey Jr.), Captain America (Chris Evans) and Thor (Chris Hemsworth) in the interval, Marvel’s “Avengers: Age of Ultron” arrives with more heart and a few new heroes added to the mix. The result is enough high-powered fun to please any fanboy or fangirl, which these days means just about everyone.

Returning director/writer Joss Whedon once again makes the character dynamics of the likeably good-natured if slightly dysfunctional super-team as enjoyable as the spectacular action beats. Iron Man’s arrogantly brilliant alter ego Tony Stark contrasts nicely with melancholy scientific genius Bruce Banner (Mark Ruffalo), who may be the most human member of the group—even though he’s the one who Jekyll-and-Hydes into the monstrous, green-skinned Hulk. World War II throwback Captain America is so wholesomely decent he admonishes a team member about using bad language. Thor, the easy-going Norse god of thunder, sounds Shakespearean but acts like an amiable jock. Natasha Romanoff/Black Widow (Scarlett Johansson) is a former assassin and S.H.I.E.L.D. agent with a tragic upbringing, while expert archer Clint Barton/Hawkeye (Jeremy Renner) unexpectedly turns out to have the closest thing to a normal home life of anyone in the group.

The villain is the mechanical menace Ultron (voiced with oily contempt by James Spader), who starts out as an artificial-intelligence security program designed by Stark to keep the world safe but ends up having a murderous mind of his own. He enlists the aid of two “enhanced” twins that comic-book fans know as the telekinetic Scarlet Witch and the faster-than-a-speeding-anything Quicksilver, although here the two are identified only as Wanda Maximoff (an intensely surly Elizabeth Olsen) and her brother Pietro Maximoff (Aaron Taylor-Johnson, bigger and considerably buffer than when he played the hero-wannabe “Kick-Ass”).

Paul Bettany is a standout as the Avengers’ newly created android ally The Vision, who radiates tolerant reasonableness and Zen-like calm even when the fate of the planet is at stake. Like any Whedon character, he’s also good with a one-liner. When Ultron tells him he is naïve to fight on the side of humanity, The Vision deadpans, “Well, I was born yesterday.”

The most epic battles this time include a city-smashing smackdown between Iron Man and The Hulk (inspired by some of Wanda’s mind-control manipulation), and the team’s joint effort to stop Ultron’s extinction-level event by fighting off hordes of killer robots in the finale.

An ironic flaw for a movie with so many characters—which also include returning “Avengers” cast members Nick Fury (Samuel L. Jackson) and S.H.I.E.L.D. agent Maria Hill (Cobie Smulders)—is that it should have included appearances by a few more. Thor’s girlfriend Jane Foster and Iron Man’s significant other Pepper Potts (played by Natalie Portman and Gwyneth Paltrow in those heroes’ solo movies) are referenced in dialog but never turn up, not even for so much as a phone call or Skype session. Although a scene takes place in Wakanda, fictional home country of future Marvel movie headliner The Black Panther, that character never is seen or even mentioned. And comics fans will be crushed to learn that Spider-man, slated to join this version of the Marvel cinematic universe in the next Captain America movie, doesn’t get even a teaser cameo here.

“Avengers: Age of Ultron” avoids getting too disturbingly paranoid or oppressively dark, even though it easily could have gone that route with a villain who should be able to monitor every computer on Earth and access all online information. The fact that the team finds a safe and homey place to regroup at one point may be unrealistic, for example, but the domestic moments during that country retreat are emotionally satisfying enough to make up for any lapse in logic.

The movie’s sweet spot is Natasha’s tenderly tentative relationship with the romantically reluctant Bruce Banner, and her soothing ability to bring his rages under control when he’s The Hulk. A quiet scene in which the two discover they have something devastatingly personal in common is genuinely poignant.

The Marvel studio is ridiculously reliable when it comes to crafting feel-good superhero flicks, and this one is no exception. “Avengers: Age of Ultron” is well over two hours long, but that’s only a problem if you think there ever could be such a thing as too much candy.