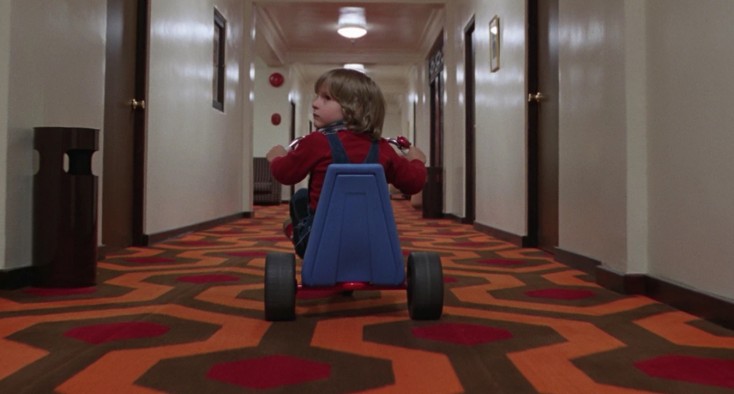 The fascinating “Room 237” provides a forum for the oddball opinions of five fanatics who have taken a little too much of a shine to “The Shining.” Although it becomes hard not to wonder if some of the rambling interviewees actually believe the silliness they’re spouting, it’s fun to hear how they try backing up their entertainingly nutty theories with “evidence” from Stanley Kubrick’s 1980 haunted-hotel film.

Director Rodney Ascher loads the documentary with imaginatively employed film clips from not only “The Shining” but nearly every Kubrick film ever made, as well as others ranging from “Schindler’s List” to “The Brain from Planet Arous.” The interviewees never appear on camera, but amusingly appropriate reactions to their comments are provided by “Eyes Wide Shut” footage of Tom Cruise looking appropriately concerned, confused or consternated.

The documentary’s title derives from the room in the “The Shining”‘s Overlook Hotel where star Jack Nicholson has a rude encounter with a naked woman who transforms from righteous hottie to rotting hag. History professor Geoffrey Cocks, who maintains that the film alludes to the horrors of the Holocaust, points out that multiplying the individual digits of that room number (2 x 3 x 7) equals 42, a reference to the 1942 beginning of the Nazis’ “Final Solution.” The number 42 also appears on a shirt worn by the Nicholson character’s son Danny. No mention is made of the fact that 42 is the answer to the ultimate question of life, the universe and everything in “The Hitchhiker’s Guide to the Galaxy,” however.

The most out-there interpretation of what the movie actually means may be writer and conspiracy theorist Jay Weidner’s assertion that it is Kubrick’s coded way of confessing that he faked Apollo 11 moon-landing footage for NASA. After all, the film’s Danny is wearing an Apollo 11 sweater in one scene, and the mean distance from the earth to the moon is 237,000 miles. Weidner also points to a dangling “Room No 237” door-key tag to claim that the only other word it is possible to make using those letters is “moon.” Actually, another word immediately comes to mind: “moron.”

Former ABC News bureau chief Bill Blakemore regards background cans of Calumet (as in “peace pipe”) baking powder that have an Indian head on their labels as proof positive that “The Shining” is an indictment of the white man’s policy of genocide toward American Indians. Playwright Juli Kearns interprets a skier seen in a wall poster as a minotaur, which ties in with the movie’s hedge maze as some kind of sexual or power allegory. Musician John Fell Ryan finds subliminal synchronicities in the film when two prints are run backwards and forwards on top of each other, proving…well, something, apparently.

The movie also includes some fun facts alongside the foolishness. An elaborate analysis of the hotel’s impossible architecture includes animated blueprints that show (for example) why a certain window can’t exist. Continuity errors that a perfectionist such as Kubrick should have noticed are examined in Zapruder-like frame-by-frame detail. And Kubrick’s claim that he changed the Stephen King novel’s room 217 to room 237 at the request of the real hotel’s manager is debunked, because the actual hotel allegedly did not have a room with either number.

With the exception of Kearns, who is the lone female heard, the voices of the identified-only-once interviewees quickly become hard to differentiate. And at a certain point, everyone involved starts sounding like an off-his-meds street-corner lunatic who simply won’t shut up.

Yet even if it becomes hard not to wonder if “Room 237” is actually an elaborate leg-pulling lampoon of film scholarship, it’s hard not to admire such an elaborate exercise in obsession. Also, hardcore Kubrick-heads amused by “Room 237″‘s mockup of a bygone-days Warner Bros logo at the beginning of the film should stay through the end credits to see a similar spoof of the classic Screen Gems logo.