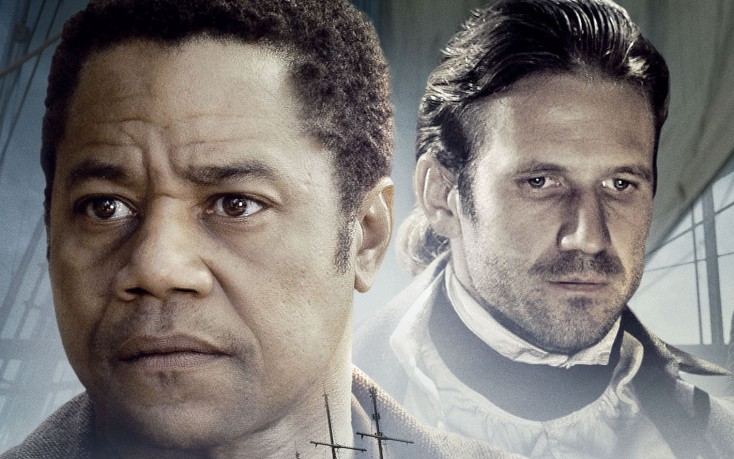 He joins an all-star cast that includes Judi Dench, Maggie Smith, Bill Nighy and Dev Patel. Ever confident Sonny (Patel) is busy juggling plans for a second resort as well as his own wedding. But his efforts are hampered by the complications of his senior guests and new arrivals. To pull it all together, he’ll need a little help and encourage from his resident friends. Bonus material includes featurettes on filming in India, filming the Marigold wedding, bits about the story and cast and more. The Blu-ray includes a digital HD version, so you can watch the film on handheld devices.

A limited Blu-ray Collector’s Edition of the first season of the hit FX sci-fi series “The Strain” is also available Tuesday, July 14. It includes an exclusive Master’s Bust figurine as well as all 13 episodes of the first season. From executive producers/writers Guillermo Del Toro, Carlton Cuse and Chuck Hogan, this horror sci-fi series, is sure to keep viewers awake at night. This three-disc box set includes many behind-the-scenes special features that explore the story’s journey from 2009 bestselling novel by Del Toro and Hogan to hit show, among them audio commentary on select episodes and deleted scenes.

The premise of the series, which debuted on FX a year ago, involves a freak virus that kills most of the passengers traveling aboard a commercial airplane. Ephraim Goodweather (Corey Stoll), head of the Center for Disease Control’s “Canary Team,” is immediately called to the scene. The only way to stop the terrifying disease is to face its source—a sinister supernatural creature whose evil intent appears to be more powerful than any natural force on Earth. The series also stars Mia Maestro, David Bradley and Sean Astin. The second season, with another 13 all-new episodes, airs on FX cable channel on Sundays.

Oscar winner Cuba Gooding Jr. (“Jerry Maguire”) stars in the gripping and timely historic drama “Freedom,” available on DVD Tuesday, July 14. Two men are united in their search for freedom in this gripping tale of slavery, endurance, despair, and redemption. In 1856, Samuel Woodward (Gooding) and his family escape their cruel life on a Virginian plantation and begin a dangerous trek to Canada on the Underground Railroad. More than 100 years earlier, in 1748, Captain John Newton (Bernhard Forcher) is about to set off across the sea with a ship full of slaves. Both men struggle with faith and conscience, and both are tested severely in their respective journeys. Woodward is relentlessly pursued by a slave hunter, Plimpton, and his thugs. They will stop at nothing to capture the Woodward family, dead or alive. Newton will face sickness, sorrow, and a fierce storm that will endanger the entire ship and its crew. In the end, both men are united by a bond that spans a century and proves to be the ultimate gift of grace. The drama is directed by Peter Cousens from a script by Timothy A. Chey.

“The Longest Ride,” the latest adaptation of a Nicholas Sparks novel, is available Tuesday on Blu-ray and DVD. Up-and-coming stars Britt Robertson and Scott Eastwood (son of Clint Eastwood) are sure to tug at your heartstrings. The drama centers on the star-crossed love affair between Luke (Eastwood), a former champion bull rider looking to make a comeback, and Sophia (Robertson), a college student who is about to embark upon her dream job in New York City’s art world.  As conflicting paths and ideals test their relationship, Sophia and Luke make an unexpected connection with Ira, whose memories of his own decades-long romance with his beloved wife deeply inspire the young couple.  Spanning generations and two intertwining love stories, “The Longest Ride” explores the challenges and infinite rewards of enduring love. The Blu-ray includes a digital HD version so you can watch it on handheld devices. It also comes with 45 minutes of extra features that will take viewers further into the film’s two central love stories. Join Eastwood on the ranch as he learns from the world’s best bull riders to control the beasts and learn more about the production with audio commentary from director George Tillman, Jr. and star Oona Chaplin.

Also available Tuesday on DVD and available on VOD is the documentary “SHReD: The Story of Asher Bradshaw,” about a 6 year-old skateboarding prodigy and YouTube viral video sensation from South Central Los Angeles, whose dream is to become the world’s youngest sponsored skateboarder. This fascinating documentary follows Asher whose incredible talent and infectious smile help him to take the skateboarding world by storm and documents his father’s struggle to support his family while doing everything he can to make his son’s dream come true. “SHReD,” produced by “That ’70s Show’s” Wilmer Valderrama, also features the world’s skateboarding elite including Tony Alva, Skip Engblom (founder of the Zephyr Skate Team/Dogtown and ZBoys) and others.

If humor and horror are what you crave, Season 1 of “Your Pretty Face is Going to Hell,” as seen on cable’s Adult Swim, arrives on DVD Tuesday. Welcome to Hell, where a hostile work environment is the only work environment. There we meet Gary, an associate demon, as he attempts to capture souls on earth in order to climb the corporate ladder of the underworld. Gary hopes to advance in Hell, but he may be too stupid, lazy and kind-hearted to realize his dreams of promotion.  From the creators of the popular hit shows “Aqua Teen Hunger Force” and “Squidbillies,”  “Your Pretty Face is Going to Hell” includes all six episodes of the first season: Welcome to Hell, Bone Garden, Take Life by the Horns, Schmickler83!, Devil in the Details and People in Hell Want Ice Water. Bonus features include deleted scenes, promos, commentaries, the original short and more.