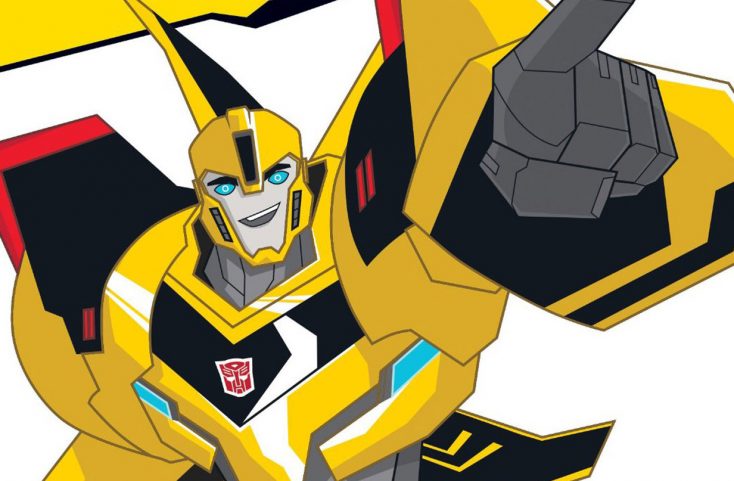 Oscar winner Robert De Niro (“Raging Bull”) and Zac Efron (“Neighbors”) pair up for a spring break of a lifetime in “Dirty Grandpa,” arriving in an unrated Blu-ray Combo Pack (plus Digital HD), DVD (plus Digital) and On Demand Tuesday May 17 from Lionsgate. The unrated cut also is available on Digital HD.

Uptight Jason (Efron) is a week away from marrying his boss’ daughter. But everything changes when Jason is tricked into driving his foul-mouthed, free-living granddad (De Niro) to Florida for spring break—and thrown into a series of frat parties, bar fights and misdeeds on a road trip that gives new meaning to family bonding.

The “Dirty Grandpa” unrated home entertainment release comes loaded with special features including a behind-the-scenes featurette, a gag reel and more.  The unrated Blu-ray Combo Pack (plus Digital HD) and Unrated DVD (plus Digital) for the suggested retail price (SRP) of $39.99 and $29.95, respectively.

“The Witch” unleashes its unholy curse on Blu-ray and DVD with and Digital HD on Tuesday May 17.

A Puritan family that is banished to the edge of the known wilderness suspects an unseen, unspeakable evil is at work after the disappearance of one of their five children. Drawing from actual accounts of witchcraft and possession in New England, the critically acclaimed film features authentic settings and a creepy atmosphere. From debut writer-director Robert Eggers and theatrically released by A24 Films, “The Witch” stars Anya Taylor-Joy (“Viking Quest”), Ralph Ineson (“Kingsman: The Secret Service”) and Katie Dickie (HBO’s “Game of Thrones”).

Featuring audio commentary with the director, a behind-the-scenes featurette and more, “The Witch “will be available on Blu-ray (plus Digital HD) and DVD (plus digital) for an SRP of $24.99 and $19.98, respectively.

“The Ghost and the Whale,” a new film by twin filmmakers James and Anthony Gaudioso, is available on HD and On Demand Tuesday, May 17.

In this fantasy mystery, Joseph Hawthorne (Maurice Benard, “General Hospital”) goes off to sea with the love of his life, Annabel Lee, but returns to the sleepy town of Bodega Bay alone. Annabel’s disappearance, along with Joseph’s exoneration creates a mystery within the small town. A year later, journalist Ed Hale (James Gaudioso) visits Bodega Bay in hopes of reporting on Joseph’s story, but finds that Joseph is now trapped between hysterical mania and crippling melancholia, and spends most of this time with his only friend, a massive gray whale (voiced by Jonathan Pryce). As Ed and a gregarious local Mitch Captree (Bryan McKinley) explore Joseph’s story, Annabel’s diabolical brother Jack (Anthony Gaudioso) returns home to exact his revenge. Joseph and Ed must survive long enough to uncover the truth about Annabel’s disappearance.

“Angie Tribeca: The Complete First Season,” starring Rashida Jones (“Parks and Recreation”) is set for release Tuesday May 17 on DVD, from TBS, a division of Turner. The box set includes all 10 episodes of the hit cable television series’ premiere season plus exclusive bonus material, including behind-the-scenes featurettes and exclusive shorts.

In this offbeat police procedural, a squad of committed Los Angeles police detectives, known as the RHCU (Really Heinous Crimes Unit), investigate some of the LAPD’s most intriguing cases, ranging from the murder of a ventriloquist to a rash of baker suicides. “Angie Tribeca: The Complete First Season” is available for an SRP of $24.98.

“Angie Tribeca” premiered on TBS in January and has been renewed for a second season, which is slated to premiere June 6 on TBS.

“Transformers: Robots in Disguise Season One” is now available on DVD from Shout! Kids. Summoned by Optimus Prime to save Earth from a new Decepticon threat, Bumblebee puts his lighthearted mettle to the test after assembling a rogue team of Autobots action heroes.

Bumblebee must balance his job fighting off evil with being equal parts squad leader and coach to a rascally team that needs constant coaxing to learn how to work together. The results are comical when the cool rebel Sideswipe, elite guard cadet Strongarm, bombastic dinobot Grimlock and overly excited mini-con Fixit must balance keeping the team together with chasing and capturing their new enemies in each episode.

When a Cybertronian prison ship filled with Decepticons crash lands on Earth and unleashes its prisoners, Bumblebee returns to the planet he once called home and with his team tracks the escapees down in order to bring them to justice. Along with their new human allies, Denny and Russell, this unlikely team of robots in disguise must protect Earth while preparing for an ominous threat suited only for a Prime.

The DVD set contains all 26 episodes of season one. Bonus features include the 2015 San Diego Comic-Con International panel, featurettes and animated shorts.