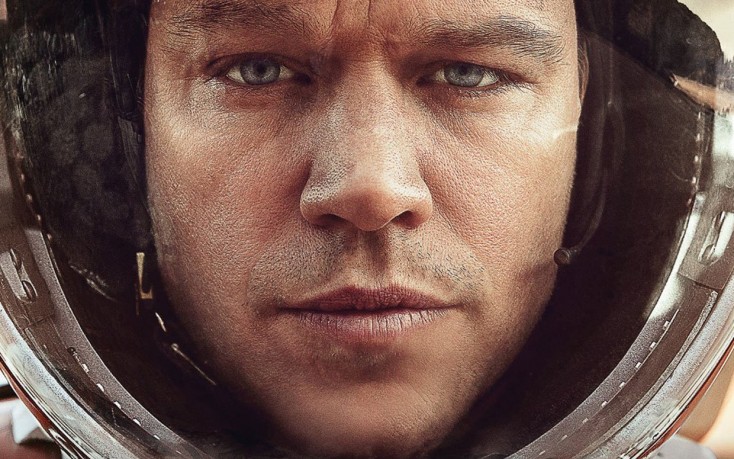 Based on Stoppard’s award-winning play, “Rosencrantz and Guildenstern Are Dead” is an inventive retelling of William Shakespeare’s “Hamlet” as told from the viewpoint of two of the work’s supporting, but certainly more outrageous, characters. In this adaptation, however, the Shakespearean equivalents of Laurel and Hardy get a chance to take the lead roles in a dazzling setting where illusion and reality overlap. The comedy is available on DVD for a suggested retail price (SRP) of $14.98 and Blu-ray for an SRP of $29.98. Blu-ray special features include a 25th anniversary interview with Stoppard as well as with the cast.

Now everyone can “Bring Him Home” when “The Martian,” from Twentieth Century Fox Home Entertainment, lands on store shelves in 3D Blu-ray, Blu-ray & DVD on Tuesday, Jan. 12.

From legendary director Ridley Scott (“Alien,” “Prometheus”) comes a gripping tale of human strength and the will to survive. During a mission to Mars, American astronaut Mark Watney (played by Academy Award winner Matt Damon) is presumed dead and left behind. But Watney is still alive. Against all odds, he must find a way to contact Earth in the hope that scientists can devise a rescue plan to bring him home. Based on the best-selling novel by Andy Weir, “The Martian” provides a realistic glimpse into life in outer space that has entertained audiences in theaters and has been gathering numerous award nominations. The heartwarming film also is one of best reviewed picture of the year and has been named one of the best movies of the year by such groups as National Board of Review, which also awarded top honors to Ridley Scott for Best Director, Matt Damon for Best Actor and Drew Goddard for Best Adapted Screenplay.
The 3D Blu-ray, Blu-ray and Digital HD release have more than 90 minutes of special features including an exclusive new in-world retrospective starring Jeff Daniels, Chiwetel Ejiofor and Sean Bean covering the “true” story behind the daring rescue seven years after the events of the film occurred. “The Martian” also includes two making-of documentaries, a gag reel and more.

Woody Allen’s  “Irrational Man” arrives on Blu-ray and DVD Tuesday, Jan. 12 from Sony Pictures Home Entertainment. This Sony Pictures Classics comedy-drama stars Joaquin Phoenix (“Her”) as Abe Lucas, a tormented new college philosophy professor, on a journey to find meaning in life. When he and his favorite student Jill Pollard, played by Emma Stone (“Birdman: Or [The Unexpected Virtue of Ignorance]”), mistakenly overhear a stranger’s conversation, a chain of events is unleashed that permanently affect him and those around him. Rounding out the stellar ensemble cast are Jamie Blackley (“If I Stay”) and Parker Posey (“The House of Yes”), playing Jill’s boyfriend and one of the school’s chemistry professors, respectively.   The Blu-ray, DVD and Digital HD (already available) include an “On the Red Carpet: Los Angeles Film Premiere” featurette and a photo gallery.

Mysterious found footage reveals a series of gruesome murders in “Sinister 2,” the chilling sequel to the sleeper horror hit available on Blu-ray, DVD and On Demand Tuesday, Jan. 12, from Universal Pictures Home Entertainment. In the aftermath of the shocking events of “Sinister,” a protective mother (Shannyn Sossamon, “Wayward Pines”) and her nine-year-old twin sons (real-life brothers Robert and Dartanian Sloan) find themselves marked for death in a rural house as the evil spirit of Bughuul continues to spread with frightening intensity.

The latest heart-stopping tale from the horror series’ co-creators and screenwriters C. Robert Cargill and Scott Derrickson (who directed the first installment), producer Jason Blum of Blumhouse (“Insidious,” “The Purge”) and director Ciaran Foy (“Citadel”), “Sinister 2” on Blu-ray™ and DVD is loaded with bonus features including filmmaker commentary, a peek behind the camera and deleted scenes.

For kids and families is Disney’s “Captain Jake and the Never Land Pirates: The Great Never Sea Conquest,” available on DVD Tuesday Jan. 12. The family friendly animated feature, newly promoted Captain Jake unites Never Land’s all-time greatest pirates. When evil mer-witch Ezmeralda tries to take over the Never Sea by awakening the Strake, a legendary three-headed sea serpent, Jake and his crew try to intervene but encounter Lord Fathom and his sidekick Sinker. Jake forms a team of Never Land League of Pirate Captains to battle their enemies and, in the process, outfitted with a magical new sword and a powerful new ship, the Mighty Colossus, he becomes a Captain himself. The animated action adventure features the voices of Sean Ryan Fox and Riley Thomas Stewart as Jake, Megan Richie as Izzy, Jadon Sand as Cubby, David Arquette as Skully and Corey Burton as Captain Hook. Loaded with excitement, additional adventures and a powerful message about believing in yourself, this high-stakes, “Captain Jake and the Never Land Pirates: The Great Never Sea Conquest” abounds in oceans of fun for viewers.

Fictional monsters come alive when “Goosebumps” debuts Tuesday, Jan 12 on Digital HD and Jan. Tuesday, Jan. 26 on Blu-ray 3D Combo Pack, Blu-ray Combo Pack and DVD. Based on Scholastic’s worldwide best-selling book series, with over 400 million copies in print, the motion picture adventure stars Jack Black (“School of Rock”) as Goosebumps author R.L. Stine, along with Dylan Minnette (Prisoners), Ryan Lee (“Super 8”) and Odeya Rush (“The Giver”). When Zach (Minnette) unwittingly unleashes magical monsters on the town, he must team with his new friends Champ (Lee), Hannah (Rush) and Stine (Black) to send the ghouls back where they came from before it’s too late. The film is directed by Rob Letterman (“Shark Tale) and produced by Deborah Forte (“The Golden Compass”) and Neil H. Moritz (“22 Jump Street”). The screenplay is by Darren Lemke (“Turbo”) and based on a story by Scott Alexander and Larry Karaszewski (“Big Eyes”).

The Blu-ray Combo Packs and DVD have several spooky special features, including an alternate opening and ending, deleted scenes, a blooper reel, and a casting gallery. In addition, there are two all-new featurettes (“Beginners Guide to Surviving a Goosebumps Creature” and “Strange Things are Happening…On-Set”) with Minette and Lee. Exclusive to the Blu-ray sets are “All About Slappy” in which Slappy (the ventriloquist dummy) talks about his favorite subject…himself; and “Creaturefied!,” where makeup FX artist Steve Prouty demonstrates how to become your favorite Goosebumps creature.