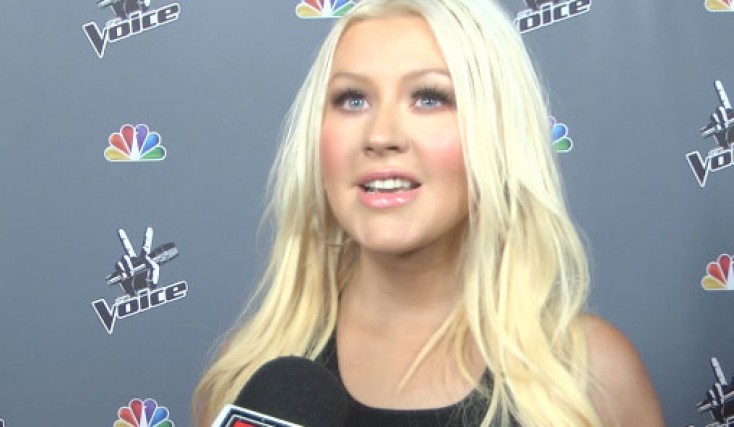 Hollywood – Looking slimmer and sexy, former “The Voice” judge Christina Aguilera surprised everyone in attendance as she arrived for the red carpet screening premiere of season 4 of “The Voice held at the TCL Chinese Theater in Hollywood this past Wednesday, March 20, 2013.

Speaking to this outlet’s video correspondent Chris Trondsen, Aguilera talked about her down time away from the show as her moment to relax, take a vacation and enjoy family. “Right now, I took this time to do everything that feels amazing and peaceful. I’ve been on this show for three seasons since it started and I need moments to step away from the camera. I have selected performances for me but this is a down time for me.”

Aguilera is so excited as she will embark on vacation with her son next week for the first time in Japan. She says its an inspirational place for her with hopes to get re-inspired for future projects.

Christina Aguilera also was at the event to show her support for the new judges and the show’s family. Aguilera adds, “I wanna see how it’s like behind the button without any button pressure.”

Aguilera is currently enjoying being in the Top 10 of the music charts with “Feel This Moment” along with Pitbull.

As for season 4 of “The Voice” everyone on the carpet was excited to see Usher walk the carpet. Fans were screaming loud as Usher did selected interviews with various media crews.