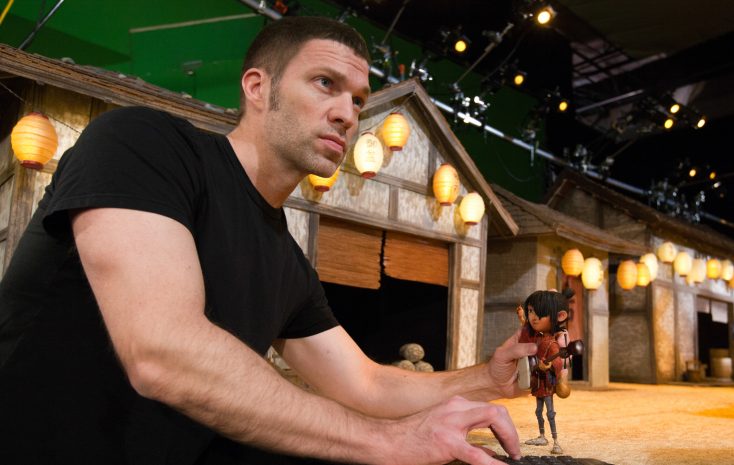 The reactions from excited honorees was swift. Apparently, the chance to take home the gold statuette never gets old as three-time Oscar winner and 20-time nominee Meryl Streep demonstrated her response without words but instead with a short video that showed her dancing with glee.

The Academy Awards will be held Sunday, Feb. 26 at the Dolby Theatre in Hollywood and broadcast live around the world.

“I am truly humbled by the news this morning, and I thank the Academy for this recognition, which I share with my co-collaborators Jeff Nichols and Joel Edgerton. It has been such an honor to have been given the opportunity to tell the incredible story of Richard and Mildred Loving, who serve as an inspiration that ordinary people can do extraordinary things. The Lovings fought quietly yet tirelessly, and changed the course of American legal history. Today, to be among such extraordinary women – my fellow nominees, my peers with films this year, and the legendary performers whose work of years past has long inspired me…this means a great deal to me.”

“I am thrilled! Loved making this film. I would work with Tom Ford anytime, anywhere. Jake Gyllenhaal and Aaron Taylor-Johnson and Karl Glusman made it easy for me. Nice to get some good news in the midst of all the carnage, so to speak.”

“I want to thank the Academy for acknowledging ‘Arrival.’ It means so much to all of us. However, it is a little bittersweet. Amy Adams is the soul of ‘Arrival,’ so I’m profoundly sad she did not get a nomination this morning.”

“Arrival was a labor of love from beginning to end. We are so proud of this film, anchored by the magnificent performance of Amy Adams. It was a special project to us and on behalf of the entire cast and crew we are deeply appreciative of this acknowledgement by the Academy.”

“I’m so honored. This is a moment where I should be the most eloquent as a writer and yet I’m struggling to put this into words. To even share a list with such extraordinary screenwriters is inspiring in its own right. Thank you to the Academy!”

“I’m thrilled skinny to be nominated alongside so many members of the Arrival team this morning – it’s a huge rush.  It was an unusual project that was made with total passion – it’s been beyond our dreams to see how our little baby has thrived.”

“The honor is beyond imagination. I’m so proud to be part of this adventure. I would like to thank the Academy for recognizing this team and this movie.  Thank you Denis, I love you!”

“On behalf of Myself, Richie Alonzo, and a supremely talented crew of artisans and technicians with whom I share this recognition, I would like to express my deepest heartfelt appreciation to the Academy for this incredible honor.  ‘Star Trek’ marked its fiftieth anniversary in 2016, and as an homage to all of those filmmakers that came before, we took the opportunity to create over fifty unique and individual alien races for Star Trek Beyond, a challenge that had never been attempted before and was only made possible through the steadfast support of Paramount, J.J. Abrams, Bad Robot, and Skydance, and the day to day collaborations with Justin Lin, Jeffery Chernov, Lindsey Weber, Simon Pegg, Doug Jung, Ron Ames and Helen Pollak.”

“I’m over the moon! An Academy Award nomination is an extraordinary and cherished gift.  Two nominations is more than anyone could hope for.  Every filmmaker dreams of a moment like this.  But the truth is, I already lived my dream by making this film. Movies have always given me great joy. They enriched my life.  They inspired me to dream.  That’s the kind of film our team at LAIKA sought to make with ‘Kubo and the Two Strings.’  A film is a slice of a hundred souls.  In this case many more.  An incredible, immense community of artists gave ceaselessly and selflessly to breathe life into this story.  I’m so thankful for their talents and efforts and so proud of what we’ve done together.  I’m profoundly grateful to the Academy of Motion Picture Arts and Sciences, who somehow saw fit to include us among the finest storytellers in film.  It is a tremendous honor to stand alongside them.”

“As much as Kubo and the Two Strings is an homage to Japanese culture and to woodblock artists including Kiyoshi Saito, it is also a tribute to special effects pioneers Ray Harryhausen, Willis O’Brien, Jim Danforth, and the many innovative FX artists who tell stories using in-camera effects, puppets, and human hands. We’re thrilled for the artists at LAIKA who put years into realizing Kubo. For all of us at the studio, being recognized alongside such distinguished and talented members of the VFX community is truly an honor.”

“It’s really fantastic to get this nomination. I’m over the moon. But this honor is not just for me. I want to thank my collaborators, especially my producer, Marc Bertrand, and the author, Georgi Gospodinov. So the entire NFB will be over the moon, at a big party on the moon with Vaysha.”