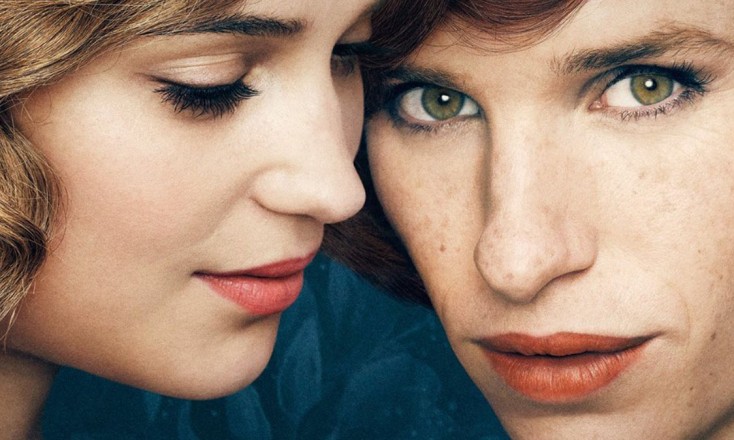 “Black Mass” tells the story of how FBI Agent John Connolly (Edgerton) persuaded the infamous South Boston Irish mobster to collaborate with the agency in order to eliminate a common enemy—the Italian mob. This unholy alliance soon spun out of control, allowing Bulger to evade law enforcement, consolidate his power and become one of the most ruthless and dangerous gangsters in Boston history.

Cooper directed the drama from a screenplay by Mark Mallouk and Jez Butterworth, based on the book by Dick Lehr and Gerrard O’Neill.

The Blu-ray Combo Pack and DVD editions include a special feature about Johnny Depp physical transformation into the balding, paunchy blue-eyed gangster. Additionally, the Blu-ray contains special features about the manhunt for Bulger that led authorities to a small, non-descript apartment in Santa Monica, Calif., years later, and an in-depth look at the Bulger’s lengthy crime record and how his secret association with the FBI allowed him to pursue his criminal activities for years without being arrested or charged.

“The 33,” the true story of a group of Chilean miners who survived a mining disaster 200 stories underground, comes to Blu-ray and DVD Tuesday, Feb. 16. The heartwarming and intense rescue drama is also available on Digital HD.

With an international cast that includes Antonio Banderas, Rodrigo Santoro, Juliette Binoche, James Brolin, Lou Diamond Phillips, and Gabriel Byrne, “The 33” is a story of survival and hope.

In 2010, the eyes of the world turned to Chile, where 33 miners had been buried alive by a catastrophic explosion and collapse of a 100-year-old gold and copper mine. Over the next 69 days, an international team worked night and day in a desperate attempt to rescue the trapped men as their families and friends, as well as millions of people around the world, waited and watched for an sign of hope.

Below the surface, the miners endured suffocating heat as tensions mounted and provisions dwindled, they maintained their spirits through camaraderie and sheer grit. Filmed with the cooperation of the minders, their families and their rescuers, “The 33” reveals the never-before-seen actual events that unfolded, above and below ground. Both the DVD and Blu-ray include a special feature about the news coverage of the rescue operation called “The 33: the World Was Watching” as well as the theatrical trailer. Additionally, the Blu-ray edition includes a featurette on “The Mine Collapse,” a behind-the-scenes look at creating the mine collapse for the film, with cast, crew and stunt department.

A blacklisted Hollywood screenwriter fights back after being jailed for his political beliefs in “Trumbo,” coming to Blu-ray, DVD and Digital HD on Tuesday, Feb. 16, from Universal Pictures Home Entertainment. Inspired by the colorful life and legacy of Oscar-winning screenwriter Dalton Trumbo (“Roman Holiday,” “Spartacus”), “Trumbo” reveals a portrait of a nearly forgotten chapter of American history. A sharp and timely true Hollywood story, the riveting biographical drama is directed by Emmy winner Jay Roach (HBO’s “Recount,” “Game Change”) and stars Emmy and Tony winner Bryan Cranston (“Malcolm in the Middle,” “Breaking Bad”).

In 1947, Dalton Trumbo (Cranston) was Hollywood’s top screenwriter until he and others in Hollywood were jailed and blacklisted for their political beliefs. Directed by Jay Roach, “Trumbo” recounts how the prolific writer used words and wit to win two Academy Awards and expose the absurdity and injustice of the blacklist, which entangled everyone from gossip columnist Hedda Hopper (Helen Mirren) to John Wayne, Kirk Douglas and Otto Preminger. The drama also stars Diane Lane, John Goodman, Louis C.K., Elle Fanning and Michael Stuhlbarg. Cranston is an Oscar nominee for his depiction of the noted writer.

Extras on the Blu-ray and DVD include a featurette about the actual writer called “Who is Trumbo?” as well as another on how Cranston transformed physically into the chain-smoking, mustachioed writer.

Available from Acorn Tuesday, Feb. 16 is the three-part contemporary British miniseries “The Trials of Jimmy Rose,” starring Emmy winner Ray Winstone (“The Departed,” “Sexy Beast”) and Amanda Redman (“New Tricks”). Winstone plays an ex-con trying to change his old ways and reconnect with his family after 12 years in prison. Upon his release, his daughter and grandson welcome him with open arms, but his wife (Redman) and son (Tom Cullen) are cold and indifferent, having moved on with their lives in his absence.

Determined to win back his loved ones’ affections, Jimmy decides to stick to the terms of his parole and avoid everyone from his criminal past. But when he finds out that his granddaughter is a drug user and runaway, he’s determined to do anything he can to bring her home—even if it means getting involved with the very man who landed him in jail.

“The Danish Girl” is available Tuesday, Feb. 16 on Digital Download and on Blu-ray and DVD Tuesday, March 1. The critically acclaimed 1920s-set drama tells the remarkable love story inspired by the lives of artists Lili Elbe and Gerda Wegener (portrayed by Academy Award winner Eddie Redmayne and Alicia Vikander). Nominated for four Oscars this year, including best actor for Redmayne and best supporting actress for Vikander, “The Danish Girl” is directed by Academy Award winner Tom Hooper (“The King’s Speech,” “Les Misérables”). The story centers on the marriage of Lili and Gerda’s traditional man-wife marriage, which evolves as Gerda supports her husband’s transition to a transgender woman. Through the other, each of them finds the courage to be who they are.

There is a featurette on the making of “The Danish Girl” on the Blu-ray.

Special features include deleted scenes and an interview with John Travolta and Jackie Earle Haley. “Criminal Activities” is available on DVD for a suggested retail price (SRP) of  $29.96 and on Blu-ray for an SRP of  $29.97.