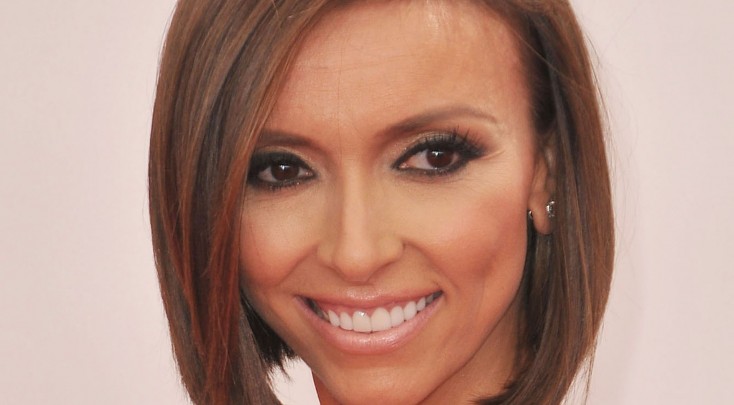 HOLLYWOOD—TV personality Giuliana Rancic returns for the fourth time as co-host of the “Miss USA” pageant, airing Sunday, June 8, on NBC from Baton Rouge, La. Contestants from all 50 states, plus the District of Columbia, will compete for the crown.

Rancic, 39, is an entertainment journalist, fashion and beauty expert and television personality. She anchors “E! News,” co-star on E!’s “Fashion Police” team and has been on the red carpet for nearly every event in the entertainment industry over the past dozen years.

Millions watch Rancic each week on her hit reality show on the Style Network called “Giuliana & Bill,” in which she co-stars with her entrepreneur husband Bill Rancic. The show is set to premiere its sixth season in July. The couple also co-authored the book “I Do, Now What?” A breast cancer survivor, Rancic recently created Fab-U-Wish, a program to grant fashion, beauty and celebrity-themed wishes to women battling the deadly disease.

New this year, fans will have the opportunity to save their favorite contestant during the evening gown portion through Twitter #savethequeen.

In anticipation of the upcoming event, Rancic spoke about the changes to this year’s pageant and why she enjoys coming back every year to co-host the event.

Q: How do you think the show will be improved by expanding to three hours?

Rancic: In two hours, to get to know 51 women is tough. Now, they can devote more time to actually going to the hometown of the women and seeing them in their element and seeing their friends and family and really seeing who these women are. It’s one thing to see them on stage in a swimsuit or an evening gown, but I don’t think you really capture the essence of a woman until you see her in her hometown, at home with her family around the dinner table, and then the performances. I mean, Florida Georgia Line? There’s no one bigger than that right now. And with Nelly, it’s going to be pretty incredible.

Q: On Sunday, the life of one of the contestants will forever change, in that they will go from anonymity to a world famous celebrity. Having transitioned from a journalist to a celebrity, what kind of advice can you give to the next Miss USA?

Rancic: Having interviewed celebrities for 12 years, I always say that when you sit down with a celebrity you can tell right off the bat if they’re still on planet Earth or if they have checked out of planet Earth. Sometimes, being in Hollywood long enough, it’s not hard to check out of planet Earth, and you just become totally unrelatable. You have someone going to the grocery store for you, you have someone running your errands for you and the next thing you know you haven’t stepped foot into a dry cleaner in five years. That is something that is not of any interest to me. I would never want to live my life like that. You have to stay on planet Earth and you can’t lose sight of who you are and what is really important in this world. That’s what I would tell the young lady who gets crowned on Sunday night: no matter where this journey leads you, no matter how famous you get, remain on planet Earth and just remember what is really important in this world. It’s not about being on television and about flashbulbs on a red carpet. It’s about giving back and always staying close to the people that are important in your life.

Q: What is the best way these contestants can use the pageant to their best advantage?

Rancic: Becoming Miss USA gives you this incredible platform to make a difference. And not only is the woman who gets crowned beautiful and looks great in a swimsuit and an evening gown, but there’s always more to the winner that usually lays within her, and her platform and what she is hoping to do with this crown. That’s what is so great about winning this. A lot of people look at beauty pageants as frivolous but they aren’t. So many of these girls go on to do really good things and help a lot of people. I’m sure that will be the case when we crown the new winner on Sunday night.

Q: What is your beauty routine is before you do a show like this? Is there more pressure to look beautiful on this show than on when you’re covering a red carpet event?

Rancic: Yes, there is a little more pressure with this one because, especially now that it’s a three-hour format, I’m going to be doing a wardrobe change every hour. Wardrobe change doesn’t sound like a big deal but when it’s a gown and changing a hairstyle and jewelry, there’s a lot that can go wrong. In fact, a year or two ago while I was hosting “Miss USA,” my zipper completely broke as we were zipping it up. So I had to go back to the dress I had on before. There’s a bit of drama behind that curtain which by the way it’s not a room, it is a curtain backstage that we’re dressing behind.

Q: Do you have time to get a facial and a mani/pedi and all that now that you’re a working mom?

Rancic: Being a mom and being a career woman, I can get a mani. I can’t guarantee a pedicure. There’s so much going on right now and life has been pretty busy. Tonight, I’m just freshening up my hair color, getting some highlights and that’s pretty much the extent of it. Once you have a baby, your life changes for the better, obviously, but it’s definitely a lot busier and I have a lot less time to go to the salon, that’s for sure.

Q: Since this show is carried live, what advice would you give the girls if they trip or stumble on stage?

Rancic: When I was a little girl, I used to watch the “Miss USA” and “Miss Universe” pageants. I remember Miss Universe one year ended being up Venezuela—no surprise there, Venezuela wins quite often—but I’ll never forget when she was in her evening gown competition, she came out and she had this great strut. She was kind of flipping her hair around and her earring went flying off, and it was so noticeable. Instead of having this horrified look on her face, she bent down and picked it u, put it back on and kept walking. And she won. It was very refreshing to see a woman who can recovers quickly and just laugh it off and not look horrified.

Q: Do you and your co-host Thomas Roberts have any particular girls you’re rooting for this year?

Rancic: We’re both from Maryland so I’m sure, we’ll be checking out Maryland. But no, there’s really no one in particular. I like to wait until I get there. I love to talk to the girls. We have a lot of down time during rehearsals so I love to kind of get to know them.

Q: Were you ever a pageant contestant?

Rancic: I actually was in two Miss Maryland USA pageants. Never won, never got even close to winning. So I love pageants and I empathize with the girls.

Q: This year’s show is in Baton Rouge, which is kind of a change of pace from previous venues. What is this change of scenery going to bring to the pageant?

Rancic: I’ve never been to Baton Rouge and I hear great things about it. I’ve only done the pageants out of Las Vegas for the past several years. When I heard it was going to be in Louisiana I just got so excited. There’s just going to be a different energy there. A pageant like this just brings so much excitement any city it goes to. The people of Baton Rouge are going to be really excited. They’re going to welcome the show with open arms.

Q: What advice would you give reigning Miss USA Erin Brady as she leaves her crown behind Sunday?