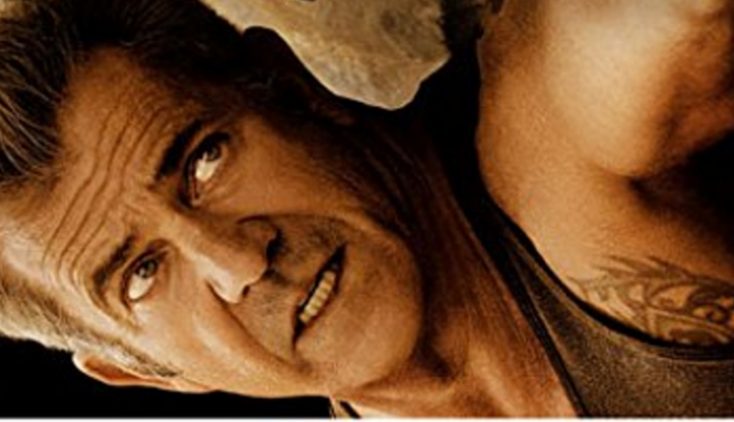 The psychological thriller “Broken Vows” arrives on DVD (plus Digital), Digital HD and On Demand Tuesday Oct. 11, from Lionsgate. Jaimie Alexander (“Blindspot”) stars as a woman who finds her life unraveling after hooking up with bartender Patrick (Wes Bentley, “The Hunger Games”) during her bachelorette party in New Orleans. Patrick becomes obsessed with Tara, not knowing she’s about to marry Michael (Cam Gigandet, the “Twilight” saga franchise), and tracks her down to her quiet California home. As Patrick’s obsession turns violent, Tara stands to not only lose her marriage and her loved ones, but also her life. “Broken Vows” will be available for the suggested retail price of $19.98 on DVD.

Alicia Silverstone and Ryan Kwanten star in “Who Gets the Dog?” a romantic comedy about what happens when puppy love goes to the dogs. After six years of marriage, successful physician Olive (Silverstone) and her struggling ice hockey player hubby Clay (Kwanten) decide to call it quits. Although the split is mostly amicable, both want custody of their beloved dog Wesley. Facing a court-ordered 60-day review to determine who’ll get sole custody, Olive and Clay each try their best to win over the judge—and the pooch. But no matter who “wins,” everyone loses—unless man’s best friend can somehow reunite the couple. The romantic comedy is now available on DVD and Digital HD.

“Ice Girls” is available on DVD and Digital HD. Fifteen-year-old aspiring figure skating champion Mattie Dane is forced to put her dreams on ice after a bad fall during a tournament—and her mother’s decision to relocate the family to a new town. But a chance encounter with the owner of a local skating rink ultimately rekindles Mattie’s passion to compete and sets up an intense rivalry with a talented classmate who’ll stop at nothing to win. Featuring legendary skating stars Elvis Stojko and Tessa Virtue, “Ice Girls” is an uplifting underdog tale that the whole family can enjoy.

Written and directed by Mark Elijah Rosenberg, the sci-fi drama follows Captain William D. Stanaforth (Strong) as he embarks on a one-way solo mission, taking humanity’s first steps toward colonizing Mars.  Although the entire world is watching him, he is completely alone in a dark and distant sea of stars. Stanaforth rockets bravely through space facing insurmountable odds, but as the journey takes a toll on his life-sustaining systems, he is forced to make impossible choices that threaten his sanity, mission and very existence.  The film also stars Luke Wilson (“Concussion”), Sanaa Lathan (“Now You See Me 2”), Anders Danielsen Lie (“Oslo”) and Charles Baker (“Breaking Bad”).

A father makes his own justice in “Blood Father,” arriving on Blu-ray (plus Digital HD), DVD (plus Digital) and Digital HD Tuesday Oct. 11 from Lionsgate. Starring Oscar winner Mel Gibson (“Braveheart”), the action thriller also is available on On Demand. When his estranged teenaged daughter (Erin Moriarty) is targeted by a drug cartel, ex-convict John Link (Gibson) must call upon connections from his criminal past and his own lethal skills to save his daughter’s future. Diego Luna, Michael Parks, and William H. Macy costar in this explosive story of how far one man will go to save his family.

Directed by award-winning director Jean-François Richet (“Assault on Precinct 13”) and written for the screen by Peter Craig (“The Town”) and Andrea Berloff (“Straight Outta Compton”) from Peter Craig’s novel, the action film premiered at the Cannes International Film Festival earlier this year. The “Blood Father” Blu-ray and DVD include a behind-the-scenes featurette and will be available for the suggested retail price of $24.99 and $19.98, respectively.

The horror film “Clowntown” is now available on DVD and Video on Demand. It centers on a group of friends that get stranded in a seemingly abandoned town and find themselves stalked by a gang of violent psychopaths dressed as clowns. The film stars Brian Nagel, Lauren Elise, Andrew Staton, Katie Keene and Jeff Denton, and is directed by Tom Nagel from a screenplay by Jeff Miller.

Take a peek into America’s future as Dinesh D’Souza, a leading voice in the conservative movement, uncovers what a country led by the Democrats will look like in “Hillary’s America,” arriving on Blu-ray (plus Digital HD), DVD (plus Digital), Digital HD and On Demand Tuesday Oct. 11. With an unprecedented election coming up, this detailed documentary about the Democrats’ agenda is nearly essential viewing. The “Hillary’s America” home entertainment special features included extended and deleted scenes, extended interviews with conservative political experts Jonah Goldberg, Peter Schweizer and Carol Swain and a visual effects breakdown. The Blu-ray and DVD editions will be available for the suggested retail price of $24.99 and $19.98, respectively.

Warner Bros. Home Entertainment brings the sixth and final season of “Mike & Molly,” to DVD.  “Mike & Molly: The Complete Sixth and Final Season” features the series’ 13 final episodes and will be available on Tuesday Oct. 11. Starring Billy Gardell (“My Name Is Earl”) and Emmy winner Melissa McCarthy (“Bridesmaids”) “Mike & Molly” tells the heartwarming story of a working-class Chicago couple who always find a way to make true love work. During season six of “Mike & Molly,” Molly continues to work as a published author, but her determined pursuit of a career in writing is also creating difficulties in her relationship with Mike. And there’s no relief for Mike either, with his in-laws living under the same roof at home and his best friend and fellow Chicago police officer partner Carl McMillan at work, Mike’s got his own world of drama to deal with. But at the end of the day, Mike and Molly have each other. In addition to McCarthy and Gardell, “Mike & Molly” also stars Reno Wilson (“Transformers” films), Katy Mixon (“Eastbound & Down”), Nyambi Nyambi (“Law & Order”), Rondi Reed (“Seinfeld”), Louis Mustillo (“The Sopranos”) and Swoosie Kurtz (“Nurse Jackie”).

Escape to the fantastic Land of Ooo, with Jake the Dog and Finn the Human on the sixth season of Cartoon Network’s Emmy and Peabody Award-winning animated series “Adventure Time,” available on Blu-ray and DVD Tuesday Oct. 11. The release will feature all 43 episodes from the popular, award-winning series’ sixth season plus bonus content. This release will come packaged in a custom slipcase themed after one of the show’s main characters, Lumpy Space Princess. “Adventure Time: The Complete Sixth Season” will retail for $39.99 SRP for the Blu-ray and $34.98 SRP for the standard DVD edition.

In “Adventure Time: The Complete Sixth Season,” a boy named Finn and his adoptive brother Jake, a wise, shapeshifting dog, are best friends who set out on a series of wondrous adventures in the post-apocalyptic land of Ooo.  The Land of Ooo, which is a mystical place filled with mountains, forests, winding rivers and cities, is home to several strange and unique characters. Throughout their captivating adventures, Finn and Jake encounter several of Ooo’s most extraordinary inhabitants, including Princess Bubblegum, The Ice King, Flame Princess, Lumpy Space Princess and Marceline the Vampire Queen. Their exciting journeys together through this whimsical landscape serve as the plot of the hit animated series.

The popular animated series was created by Pendleton Ward (“The Marvelous Misadventures of Flapjack”) and is produced by Cartoon Network Studios and Frederator Studios.

The stars of truTV hit series “Impractical Jokers” give viewers access to hilarious dares and punishments that could only come from the minds of life-long friends.  As a result, Joe Gatto, James “Murr” Murray, Brian “Q” Quinn and Sal Vulcano have a loyal audience that tunes in every week to see how they will outdo themselves with their special brand of hijinx.

Available on EST and DVD Tuesday Oct. 11, “Impractical Jokers: The Complete Fourth Season” features all 26 episodes from the show’s fourth season, including the Impractical Jokers 100th Episode Live Punishment Special, which saw the stars test their balance and fear of heights with a high-wire walk from New York City’s South Street Seaport. Bonus material for the three-disc release, which will retail for $24.98 SRP, will include behind-the-scenes and deleted scenes.

Produced by NorthSouth Productions, Impractical Jokers is the longest-running series on truTV. Season four included Murr interviewing childhood crush Danica McKellar (“The Wonder Years”) while he is dressed like a mostly-nude bodybuilder; Joe being tricked into a sumo wrestling match with world champion Ulambayaryn Byambajav; Q and Sal having to take hard slap shots from NHL stars; and more. New episodes of season five of the series are now airing on truTV.

Attention all Mel Gibson fans: Front Row Features is giving away a copy of Lionsgate’s edge-of-your-seat thriller “Blood Father” on Blu-ray to one lucky reader. To enter the contest, simply emailsocalmovieeditor@aol.com by Tuesday Oct. 18 for your chance to win. Good luck!