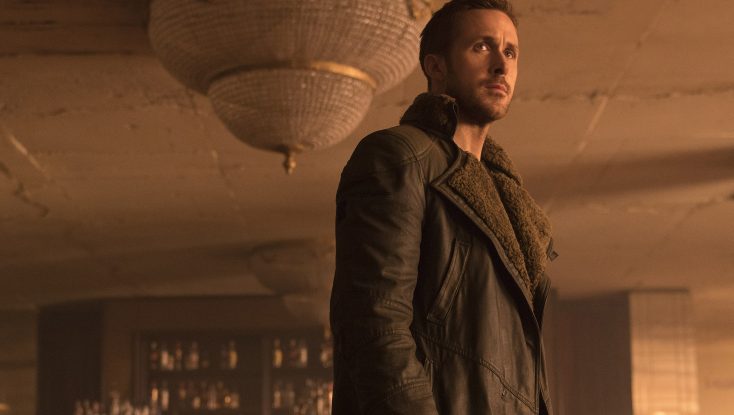 “Blade Runner 2049” is about four-fifths of a great film, until its mostly psychological suspense and almost somber elegance give way to a rushed flight-and-fight finale that knocks the smarts right out of it. It’s still a must-see sequel, if only for its stunning production design (by Dennis Gassner), photography (Roger A. Deakins) and what may be the year’s most appealing supporting character (the hologram girlfriend Joi, played by Ana de Armas). But things stop making much sense shortly after the movie’s most anticipated fangasm moment, when original 1982 “Blade Runner” star Harrison Ford finally shows up.

Director Denis Villeneuve, whose downbeat SF flick “Arrival” had a similar payoff problem, at first seems to have a real feel for making the understated interesting. Ryan Gosling’s K is miserably deadpan as a gets-no-respect “blade runner,” a synthetic made-not-born LAPD officer tasked with hunting down earlier-model replicants who have gone rogue. Villeneuve is good at moving K around between futuristic settings that range from the dismal dystopian (dead-tree protein farm, slum apartment, scrap-metal junkyard) to the art-installation exquisite (a lit-slit reception window, shadowy water-platform rooms, a landscape of colossal sculptures).

Lieutenant Joshi (a slicked-hair severe Robin Wright) wants K to take care of a potential “this breaks the world” replicant-related situation that K has discovered before word gets out. Unfortunately, quietly creepy sociopath Niander Wallace (Jared Leto), a corporate-head visionary who revived the banned replicant industry in the years following the first “Blade Runner,” has a rather evil reason for wanting to find K’s quarry first. His lethally efficient assistant, a coolly high-kicking replicant he has named Luv (Sylvia Hoeks), secretly monitors K’s progress, with an occasional murder along the way.

“Blade Runner” director Ridley Scott (who executive produced this sequel) and Ford famously disagreed in the past about whether Ford’s character Rick Deckard was a replicant in the first movie. (Ford said no.) The matter has been settled now in Scott’s favor, but the new suggestion that Deckard and his “Blade Runner” love interest Rachael may have been designed specifically to meet in that film is too contrived to be credible. And although Ford is believably surly, morose and gruff here as old man Deckard, it’s hard to fathom how he survives in his current circumstances, or even why.

The screenplay is by “Blade Runner” co-writer Hampton Fancher and Michael Green, based on a story by Fancher, using characters from the 1968 Philip K. Dick novel “Do Androids Dream of Electric Sheep?” Without divulging any spoilers, the movie’s ending is unsatisfying both logically and dramatically, setting up an obvious but unnecessary (and hopefully not inevitable) sequel.

The film’s first line of dialog is “I hope you don’t mind me taking the liberty,” which also could be taken as a plea from director Villeneuve to worshipful fans of the first “Blade Runner.” While his gorgeous effort to extend the franchise gets more right than wrong, it’s too bad that 35 years apparently wasn’t long enough to come up with a more fitting final act.