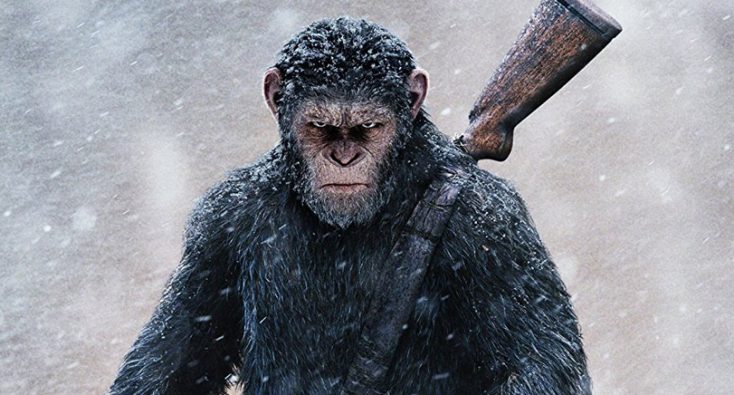 Moviegoers’ favorite creepy doll is back when “Annabelle: Creation” arrives onto Blu-ray Combo Pack, DVD and Digital arrives on Blu-ray Tuesday Oct. 24. From New Line Cinema comes “Annabelle: Creation,” with David F. Sandberg (“Lights Out”) helming the follow up to 2014’s hugely successful “Annabelle,” which scared up nearly $257 million at the worldwide box office during its theatrical run.

“Annabelle: Creation” picks up the story several years after the tragic death of the daughter of a, a doll maker and his wife. They welcome a nun and several girls from a shut-down orphanage into their home.  Soon, they become the target of the doll maker’s possessed creation, Annabelle.

Sandberg directs from a screenplay by Gary Dauberman, who also wrote “Annabelle.” The film stars Stephanie Sigman (“Spectre”), Talitha Bateman (“The 5th Wave”), Lulu Wilson (“Ouija 2”), Philippa Coulthard (“After the Dark”), Grace Fulton (“Badland”), Lou Lou Safran (“The Choice”), Samara Lee (“Foxcatcher,” “The Last Witch Hunter”) and Tayler Buck in her feature film debut, with Anthony LaPaglia (“Without a Trace”) and Miranda Otto (“The Lord of the Rings” trilogy). The sequel, like the original, is produced by Peter Safran and James Wan, who previously partnered on “The Conjuring” horror movies.

Additionally, all of the special features, including interviews with filmmakers, new original shorts, featurettes, and deleted scenes, can be experienced in an entirely new, dynamic and immersive manner on tablets and mobile phones using the Warner Bros. Movies All Access App, available for both iOS and Android devices.

“An Inconvenient Sequel: Truth to Power” arrives on Blu-ray, DVD and On Demand Tuesday Oct. 24, from Paramount Home Media Distribution.  The documentary also is available on Digital HD.

Ten years after the Academy Award-winning “An Inconvenient Truth” brought climate change to the forefront of mainstream culture, the 2017 Environmental Media Association Award-winning documentary “An Inconvenient Sequel: Truth to Power” follows former Vice President Al Gore as he continues his quest, traveling around the globe to educate and inspire the next generation of climate champions.  The documentary shows that while the stakes have never been higher, the solutions to the climate crisis are still within our reach.

The Blu-ray includes more than 40 minutes of in-depth bonus content. Join Vice President Gore and filmmakers for a behind-the-scenes discussion about why they felt it was time for a follow up to the acclaimed documentary “An Inconvenient Truth.”  Plus, learn more about the urgency of global climate change and the tools we have at our disposal that can help make a difference.

Twentieth Century Fox Home Entertainment presents “War for the Planet of the Apes,” arriving on Blu-ray, 4K Ultra HD and DVD Tuesday Oct. 24. Andy Serkis returns as Caesar in the exciting climatic chapter of the “Planet of the Apes” saga. Caesar and his apes are forced into a deadly conflict with an army of humans led by a ruthless Colonel (Woody Harrelson). After suffering unimaginable losses, Caesar resolves to avenge his kind, pitting him against the Colonel for a final showdown that will determine the future of the planet.

Special features include exclusive deleted scenes with optional audio commentary by director Matt Reeves and behind-the- scenes featurettes, including “All About Caesar,” which focuses on Serkis and his incredible performances through the three films as Caesar, bringing his character and his journey to life. Additionally, the digital version of the film includes 10 Scene Comparisons, showing a side-by-side exploration of the actors’ performance captures above the final scenes in the film. The fantasy action film also is now available on digital platforms.

“Bushwick” arrives on DVD and on DVD/Blu-ray Combo Pack on Tuesday Oct. 24.  Written by Nick Damici (“We Are What We Are”) and Graham Reznick (“Chilling Visions: 5 States of Fear”) and directed by the filmmaking team of Cary Murnion and Jonathan Milott (Cooties), the action drama stars Dave Bautista (“Guardians of the Galaxy”), Brittany Snow (“Pitch Perfect” movies), Angelic Zambrana (“Precious”) and Jeremie Harris (FX’s “Legion”).  RLJ Entertainment will release “Bushwick” on DVD for a suggested retail price (SRP) of $29.96 and on DVD/BD combo for an SRP of $34.97.

Emerging from a NY subway on her way home from college, Lucy (Snow) discovers her neighborhood of Bushwick engulfed in utter chaos. Trying to escape the violence, Lucy seeks refuge in the basement of Stupe (Bautista), a former Marine on his way out of town to find his family. As the unlikely pair navigate through a hail of gunfire and lethal explosions, they learn they are in the middle of a civil war as Texas attempts to secede from the US. With the clash between local residents and the militia escalating, Lucy and Stupe must rely on each other in an impossible race to get out of the city and survive another day.

The DVD and DVD/Blu-ray Combo include photo galleries, a poster gallery and “The Making of Bushwick.’”

The English village mystery gets a contemporary spin in this hit British television series that has earned a worldwide following. Bucolic settings harbor macabre crimes and eccentric characters that are no match for DCI John Barnaby (Dudgeon) and his new assistant, DS Jamie Winter (Nick Hendrix, “The Crown”). Guest stars include Claire Skinner (“Sleepy Hollow”), Abigail Cruttenden (“The Theory of Everything”), Georgie Glen (“Shakespeare in Love”), James Fleet (“Sense and Sensibility”), and Simon Callow(“Amadeus”).

Against the stunning backdrop of rural Northumberland, Vera (Blethyn) and her assistant, Detective Sergeant Aiden Healy (Kenny Doughty, “Stella,” “Black Work,” and the upcoming BBC One drama “Love, Lies and Records”), strive to solve vicious crimes that menace their community. Despite her unconventional ways and abrasive personality, “Vera” continues to captivate in this long-running British mystery.

Fans of Adult Swim’s award winning animated series, “Samurai Jack,” can get the fifth and final season of the series on DVD and Blu-ray.  Season Five includes 10 action-packed episodes, plus never-before-seen bonus features, including “The Evolution of Jack” and “Pitch Movies.” Samurai Jack: Season Five” DVD retails for $24.98 SRP and the Blu-ray is available for $29.98 SRP.

Created by celebrated animation director Genndy Tartakovsky, “Samurai Jack” follows a young Samurai after he is sent to the future by the evil wizard, Aku. With the determination to defeat the wizard and undo his destruction, Jack sets off on a daring journey to return to the past and defeat Aku once and for all. Gathering allies and combatting other villains along the way, Jack battles to accomplish his mission and restore the peace of the past. The intense fifth season concludes the journey of its time displaced iconic star, as he finally completes his mission 50 years after the events of the original series.

Additionally, if you haven’t collected the series on home video all along, never fear, “Samurai Jack: The Complete Series” also is now available. The series recently swept the juried Emmy awards in the Outstanding Individual Achievement in Animation category.

“Green Acres: The Complete Series” has arrived on DVD in a 24-disc set from Shout! Factory for the first time. Revisit your favorite friends from Hooterville in 170 episodes of farm-to-table homespun hilarity together on DVD.

Oliver Douglas (Academy Award nominee Eddie Albert) is a well-read lawyer who has had enough of the hustle and bustle of New York, so he pulls up stakes to settle down in a more pastoral setting, much to the dismay of his glamorous wife Lisa (Eva Gabor, “The Rescuers”), who’s more accustomed to life in The Big Apple than on a small farm. Having said “goodbye, city life,” the Douglases must contend with their new surroundings—a bucolic world of slapstick silliness.

A popular TV series throughout its six-season run from 1965 to 1971, “Green Acres” brings a comical touch of class to one of America’s favorite country comedies. Join transplanted New Yorkers, Oliver Wendell Douglas and his Park Avenue wife Lisa as they make a life-changing excursion to rural Hooterville, where they encounter the wackiest collection of neighbors this side of Arnold the Pig.

Plenty of films are entertaining, but not every movie that comes out has the power to change the course of human history. With the need to address climate change more critical than ever, Front Row Features is giving away a copy of “An Inconvenient Sequel: Truth to Power” on Blu-ray to one lucky reader in hopes of making a difference. To enter the contest, simply email socalmovieeditor@aol.com by Tuesday Oct. 31 for your chance to win. Good luck!