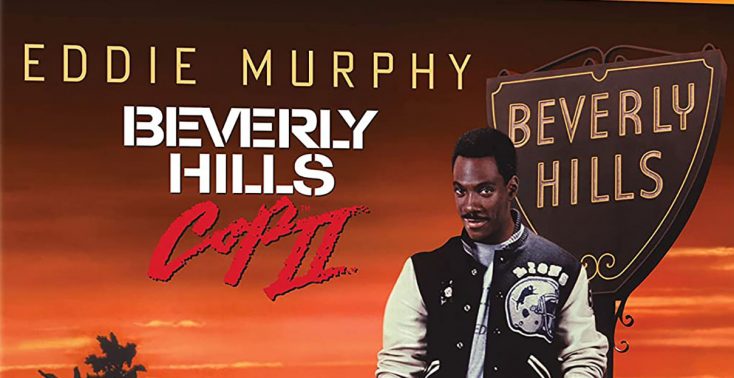 A spy thriller about a mission gone wrong set in the world of CIA renditions, “Agent Game” arrives Tuesday May 24 on Blu-ray + DVD + Digital, from Lionsgate.

Mulroney plays Harris, a CIA interrogator at an Agency black site, who finds himself the target of a rendition operation after being scapegoated for an interrogation gone horribly wrong. As the team tasked to bring Harris in begins to question their orders—and each other—Olsen (Gibson), a senior intelligence officer, and his subordinate, Visser (Ilonzeh), raise the stakes. Now, it’s up to Harris and some newfound allies to uncover the truth and turn the tables.

Directed by Tony Scott, who followed up Top Gun with this highly anticipated sequel, the classic action comedy sequel celebrates its 35th anniversary this year, having been originally released on May 20, 1987.  Produced by Don Simpson and Jerry Bruckheimer, “Beverly Hills Cop II” was a massive box office success, earning over $153 million domestically and becoming the No. 1 film of 1987. The movie also earned Academy Award and Golden Globe nominations for Best Original Song for “Shakedown.”

From Norwegian director John Andreas Andersen (“The Quake”), “The Burning Sea” arrives on 4K, Blu-ray, DVD and On Demand Tuesday May 24, from Magnolia Home Entertainment under the Magnet Label.

In 1969, the Norwegian government announced their discovery of one of the world’s largest oil fields in the neighboring North Sea, which launched a prosperous period of offshore drilling. Fifty years later, when a crack opens on the ocean floor causing a rig to collapse, it becomes clear there would be environmental consequences for these actions.

When a team of researchers, including submarine operator Sofia (Kristine Kujath Thorp, “Ninja Baby”), rushes in to search for the missing and assess the cause of the damage, they discover that this is just the start of a possible apocalyptic catastrophe. As rigs are evacuated, Sofia’s loving companion Stian (Henrik Bjelland, “Now It’s Dark”) becomes trapped in the depths of the sea, and she must attempt one last live saving measure by diving in to rescue him.

Writer/director Kyle Misak’s (“Crazy Carl”) “The Eden Theory” arrives on DVD on Tuesday May 24 and On Demand on July 5, from Indican Films.

After his best friend disappears, Tom Edwards’ (Jesse Charles, “Face Tuned”) world unravels when he’s investigated relentlessly by a dogged detective. Almost all signs point to Tom as the prime suspect, except for the strange and unexplainable events that follow him. Meanwhile, tensions rise between Tom and his girlfriend, Jamie (Brit MacRae, “Departure”), as they hide the truth from each other, as well as from The Detective (Trevor Snarr, “Napoleon Dynamite”), and they all begin to realize things aren’t what they seem. Is there really something sinister out in the woods surrounding their quiet town, or is Tom covering for an unspeakable crime?

Alana Haim, from the Grammy-nominated musical group Haim, and Cooper Hoffman deliver incredible performances in “Licorice Pizza,” now available to own for the first time on Blu-ray, DVD and Digital, from Universal Pictures Home Entertainment.

From multi-Oscar nominated director, writer, producer and cinematographer Paul Thomas Anderson (“Boogie Nights,” “Phantom Thread”), the film is a delightful depiction of one of life’s most treasured feelings.

“Licorice Pizza” on Blu-ray and DVD includes a special limited-edition poster and double-sided cover art. Additionally, viewers can go behind-the-scenes with all-new bonus features such as camera tests, a deleted scene and in-universe commercials featuring cast and crew exclusively on the Blu-ray and DVD.

A young writer, traumatized by the death of his family, struggles with reality in “Presagio,” a psychological thriller from Argentina arriving on DVD/Digital Tuesday May 24, from IndiePix Films.

Winner of the Best Latin American fantasy film at Nocturna and an audience favorite at genre festivals around the world, “Presagio” tells the story of Camilo, a young writer who has lost his wife and child and describes his disturbing experiences to his psychiatrist while under hypnosis.

In his waking life, there’s a mysterious “umbrella” man, who is after Camilo to finish his painfully autobiographical novel, regardless of the consequences.

Bonus features include a making-of featurette and deleted scenes.

Artisanal horticulturalist Eve Vernet (Catherine Frot) honors her father’s legacy by continuing the family business, breeding and growing unique roses that compete in showcases all over France. But Eve’s approach struggles to compete with the mass market production from her corporate rivals. With the business facing imminent bankruptcy or liquidation, Eve’s trusted secretary, Vera, makes a last-ditch effort to turn things around by hiring three new employees from a prison rehabilitation program behind Eve’s back. In a desperate attempt to save the business, the new team comes up with a perilous plan, and Eve unexpectedly discovers new parts of life that are worth nurturing.

Bonus features include an audio commentary with Frot and director Pinaud as well as separate interview with each of them; deleted scenes; a featurette called “Being a Rose Breeder” and the theatrical trailer.

“Umma,” which is the Korean word for “mother,” follows Amanda (Sandra Oh) and her daughter (Fivel Stewart) living a quiet life on an American farm. When the remains of her estranged mother arrive from Korea, Amanda becomes haunted by the fear of turning into her. The film also stars MeeWha Alana Lee, Tom Yi, Odeya Rush and Dermot Mulroney. The film is written and directed by Iris K. Shim and produced by Sam Raimi and Zainab Azizi.