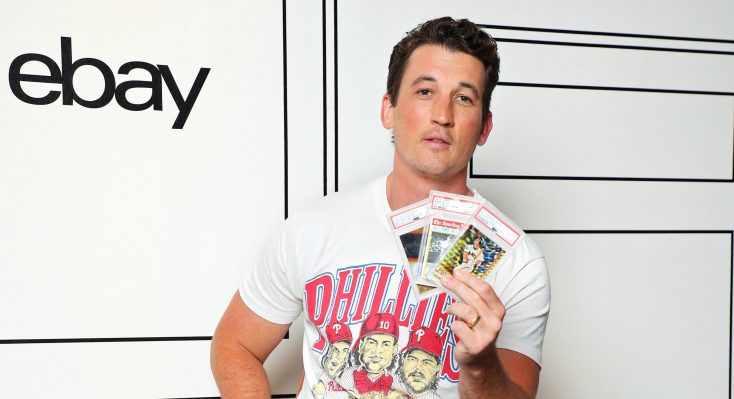 LOS ANGELES-It was an All Star MLB weekend as eBay hosted its Vault Stars’ first ever live baseball trading card draft with actor Miles Teller was given $25,000 to purchase 5 baseball cards within a 15 minute time limit.

“I’ve been a baseball fan my entire life. My grandma used to get me an 8-box set for Christmas every year when I was a kid, which led to me collecting baseball cards on eBay,” said Miles Teller. “Having Chase – who I’ve been a fan of since he played for the Phillies – guide me through picking my Vault Stars lineup was exciting, and with eBay’s new vault I know my cards will be safe and secure. It’s a gamechanger for me as a trading card collector.”

MLB star Chase Utley worked together as Teller’s coach assisting him on what cards to purchase while Alanna Rizzo hosted the daft.

The event also celebrated the recent launch of the eBay Vault, a 31 thousand square foot, 24/7 secured facility and digital market place for trading card collectors that buying and selling process making it easier for the both seller and buyer.