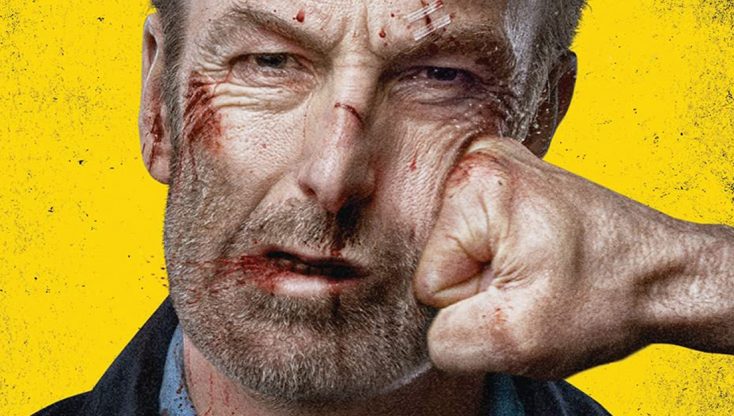 In this thrilling true crime story filled with twists, turns, and political turmoil, Waltz stars as Ulrich Mott, an eccentric and smooth-talking social climber who seems to have everyone in Washington, D.C. wrapped around his finger. But when his wealthy, well-connected and much older wife (Vanessa Redgrave) turns up dead in their home, her daughter Amanda (Annette Bening) suspects Ulrich may not be all that he seems as the police investigation begins to uncover a larger deception that goes far deeper than anyone ever imagined.

“Georgetown” also available now on Digital and On Demand.

A spectacular battle for the ages erupts when “Godzilla vs. Kong” is now available on 4K, Blu-ray Combo Pack, and DVD, from Warner Bros. Home Entertainment.

From Legendary Pictures and Warner Bros. Pictures, the film is directed by Adam Wingard (“You’re Next”) and stars Alexander Skarsgård (“The Legend of Tarzan,” and Millie Bobby Brown (“Stranger Things”).

Kong and his protectors undertake a perilous journey to find his true home, and with them is Jia, a young orphaned girl with whom he has formed a unique and powerful bond. But they unexpectedly find themselves in the path of an enraged Godzilla, cutting a swath of destruction across the globe. The epic clash between the two titans—instigated by unseen forces—is only the beginning of the mystery that lies deep within the core of the Earth.

“Godzilla vs. Kong” on 4K, Blu-ray Combo Pack, and DVD contain several bonus featurettes about the making of the film. A director’s commentary is exclusively on the 4K and Blu-ray.

Night of the Sicario (Action Thriller)

“Night of the Sicario” arrives on DVD Tuesday June 22, from Paramount Home Entertainment.

In this Saban Pictures film, Natasha Henstridge (“Species”) and Costas Mandylor (“Saw” franchise) star in this action-packed, suspenseful thriller that will shock you at every turn. While transporting the family of a key witness in a federal trial against the cartel, DEA agents are ambushed in a fatal shootout. Now the survivors, including the witness’ young daughter, must take refuge in a nearby home as the ruthless sicarios hunt them down. With danger at every corner and a violent hurricane wiping out any chance of outside help, they must play a deadly game of cat and mouse with the cartel to live through the night.

From the writer of the legendary action film “John Wick”, comes “Nobody,” the story of an ordinary, family man (Bob Odenkirk (“Better Call Saul”) who will stop at nothing to defend what is his. The action thriller will be available on 4K Ultra HD, Blu-ray and DVD Tuesday June 22, from Universal Pictures Home Entertainment.

Hutch (Odenkirk) is a nobody. As an overlooked and underestimated father and husband, he takes life’s indignities on the chin and never rocks the boat. But when his daughter loses her beloved kitty-cat bracelet in a robbery, Hutch hits a boiling point no one knew he had. What happens when a pushover finally pushes back? Hutch flips from regular dad to fearless fighter by taking his enemies on a wild ride of explosive revenge. “Nobody” showcases Emmy-winner Odenkirk as fans have never seen him before: an average family man who becomes a lethal vigilante unlike any ordinary action hero.

“Nobody” includes exclusive bonus content, including deleted scenes, a look inside director Ilya Naishuller’s style and sensibility in creating the film, and a breakdown of the stunt choreography.

The film stars Lili Taylor (“Say Anything”), Stefania LaVie Owen (“The Carrie Diaries”), Peyton List (“Cobra Kai”), Ian Nelson (“The Boy Next Door”), and many more. This award-winning coming-of-age drama is about a high-schooler trying to help her mother’s deteriorating mental health after she starts showing signs of paranoid delusions.

A homage to feel-good martial arts films like The Karate Kid, “The Paper Tigers” debuts on Blu-ray and DVD Tuesday June 22, from Well Go USA Entertainment.

Three dedicated kung fu disciples grew into washed-up, middle-aged men—now one kick away from pulling their hamstrings. But when their master is murdered, they must juggle their dead-end jobs, dad duties, and old grudges to avenge his death. The award-winning feature film marks the debut of director Tran Quoc Bao.

Willem Defoe (“Spider-Man”) stars in the dark and hypnotic thriller “Siberia,” available on Blu-ray, DVD and Digital Tuesday June 22, from Lionsgate. The keeper of a snowbound bar is pursued by sinister phantasms in this mind-blowing film written and directed by cult filmmaker Abel Ferrara (“Bad Lieutenant”).

Clint (Defoe) tends bar at a snowbound roadhouse whose patrons speak a language he doesn’t understand, and things may not be what they seem. Desperate for answers, he drives a sled team to a nearby cave, but finds no peace. Are the spirits that confront him mere figments of his imagination—or will they slowly tear his body and soul to pieces?

The Space Between (Drama)

Kelsey Grammer stars in “The Space Between,” an inspiring coming-of-age story set during the iconic 90s L.A. music scene, available now on Video-On-Demand and Digital, from Paramount Home Entertainment.

Micky Adams (Grammer), an eccentric has-been rock musician, loses his grip on reality as his record label looks to drop him and his new “unique” albums. In hopes of breaking out of the mailroom, young Charlie Porter (Jackson White) is tasked with traveling to the musician’s bizarre home and forcing Micky out of his contract. Micky realizes Charlie could be the key to an artistic breakthrough and the pair’s unlikely friendship grows. The odd but powerful bond helps both gain perspective on the music industry, life, love and the space between.

“The Space Between,” which also is available now on Digital platforms, is directed by Rachel Winter from a screenplay by Will Aldis.

The thriller, directed by Evan Spiliotopoulos, follows a young hearing-impaired girl who is visited by the Virgin Mary and can suddenly hear, speak and heal the sick. As people from near and far flock to witness her miracles, a disgraced journalist (Jeffrey Dean Morgan) hoping to revive his career visits a small New England town to investigate. As terrifying events begin to happen all around him, he starts questioning if these miracles are the works of the Virgin Mary or something much more sinister. The film also stars Jeffrey Dean Morgan, Katie Aselton, William Sadler, Cricket Brown with Diogo Morgado and Cary Elwes.

“The Unholy” also is available now on Digital.

Devastated by his friend’s death, Parisian forensic pathologist Raphaël Balthazar (Tomer Sisley, “Messiah”) has vowed never to touch a corpse again. But his resolve wavers when he discovers a dead body while sailing, and soon he’s working once more with Chief Inspector Hélène Bach (Hélène de Fougerolles) who’s closing in on their most elusive suspect: his wife’s killer, which originally premiered in North America on Acorn TV.

“The Walking Dead: World Beyond—Season 1” is available now on Blu-ray and DVD, from AMC Studios.

A group of teenagers living in a community sheltered from the dangers of the apocalypse receive a message that inspires them to leave the safety of the only home they have ever known and embark on a cross-country journey to save their father.

Calling all fans of “The Karate Kid!” Front Row Features is giving away a copy of the feel-good martial arts action-comedy “The Paper Tigers” on Blu-ray to three lucky readers. To enter the contest, simply email socalmovieeditor@aol.com by June 28 for your chance to win. Additionally, we have one copy of action-packed revenge drama “Nobody” on 4K Ultra HD  starring Bob Odenkirk available to one lucky winner. To enter the “Nobody” contest, email us at frontrowfeatures@gmail.com by June 28. Good luck!