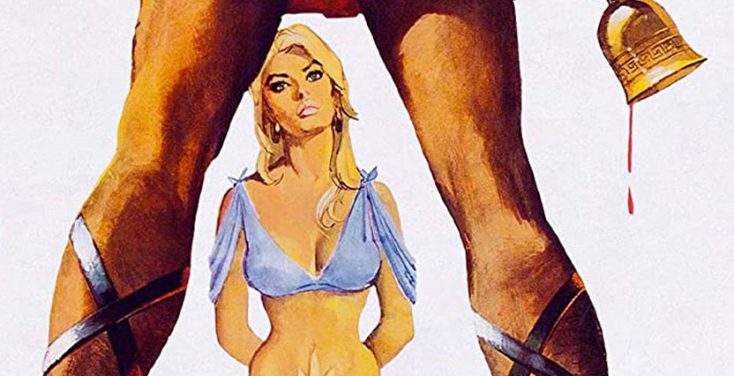 Paola Mendoza made her remarkable debut as the writer/director/star of this 2009 film, a poignant, heart-rendering drama about a family struggling to survive. Prominently featured in more than 15 international film festivals and the recipient of an Honorable Mention at Tribeca, the film tells the story of Mariana (Mendoza), a woman determined to keep her family together. Her children, Gabriel (Sebastian Villada Lopez), 10, and Andrea (Laura Montana Cortez), 6, have grown up in Colombia without their father, who immigrated to the U.S. years earlier to make a better life for his family.

Finally, after years of separation, the family is reunited in New York. But soon after, Antonio (the father) announces he has found work in Miami and will be moving there alone. He promises to send them money when he is settled. Days go by, and Mariana receives no word from her husband. Worried and desperate, she goes to her only friend’s home only to discover that her husband will not be coming back. With no one to turn to, virtually no money left and the rent coming due, Mariana must find a way, in a strange city where she barely speaks the language, to provide for her family, both financially and emotionally. After a failed attempt at selling homemade empanadas on the street, Mariana turns to the city’s trash, collecting cans in order to put food on the table. With her children helping out, the family finds the most stability they have known since their arrival, and it is during these challenging moments that they triumph. This moving drama is in Spanish with English subtitles.

Seventy years after the U.S. defeated Japan in World War II, a devoted group of Japanese musicians pursue their passion for American Country and Bluegrass music in honky-tonks from Tokyo to Nashville in “Far Western,” available on DVD/Digital Tuesday April 13, from Corinth Films.

The feature-length documentary from filmmaker James Payne (“Okie Noodling,” The Creek Runs Red”), “Far Western” tells the phenomenal st00ory of the transplant of American Country music to post-World War II Japan. For a devoted group, the music has become a lifelong obsession. Part music history and part character portrait, this fascinating story is told through the lives of musicians, fans and live-music venue owners.

Set both in modern Japan and the American South, “Far Western” explores the uncanny ability of a simple form of music to cross geographic and language barriers, forming a strange cultural bridge between the two countries. These Japanese musicians have made their own pilgrimages to America, the birthplace of the music, playing in local honky-tonks and festivals.

Musicians featured in the documentary include Japan’s unofficial ambassador of Country music, Charlie Nagatani, an 80-year-old owner of a honky-tonk in Kumomoto, who plays more than 300 shows a year with his house band, The Cannonballs. They’ve also played the Grand Ole Opry more than 20 times. Also featured are Hisashi and Yasushi Ozaki, credited with forming the first Bluegrass band in Japan. They were the first Japanese musicians inducted into the International Bluegrass Music Association Hall of Fame. Masuo Sasabe and Blueside of Lonesome, who are now one of the most popular traditional Americana acts in Japan, also are featured as is Juta Sagai, a devotee of Jimmie Rodgers and Woody Guthrie, who is regarded as a key figure in Japan’s Bluegrass history. Toru Mitsui, the foremost musicologist on American Country music in Japan, too is featured along with others.

“Far Western” on DVD/Digital is in Japanese and English, with English subtitles. It is available for $24.95 (SRP).

The Film Detective (TFD), a classic media streaming network and film archive that restores and distributes classic films for today’s cord-cutters, owned by Cinedigm, announces the collector’s release of “Hercules and the Captive Women,” coming to Blu-ray and DVD Tuesday April 13.

The latest special-edition release from TFD, this epic sword-and-sandal adventure stars Reg Park and Fay Spain, with direction from Vittorio Cottafavi. Originally released in 1961 as “Ercole alla conquista di Atlantide” in Italy, “Hercules and the Captive Women” is the version edited for the U.S., released for audiences in 1963.

Hercules (Park) first encounters Ismene (Altan) when he must save her from a shape-shifting creature. Victorious, Ismene brings Hercules home to Atlantis where they come face-to-face with Ismene’s mother, the evil Queen Antinea (Spain), and must prepare for battle to end her pursuit of world conquest.

The release was produced from rare 35mm archival elements beautifully restored from a 4K transfer in its original aspect ratio and features a showing of exclusive commentary and special features just as strong—if not stronger— than Hercules himself.

Exclusive bonus features include the full “Mystery Science Theater 3000” (MST3K) version of the film, released in 1992. Additional special features are an introduction by MST3K writer and co-star Frank Conniff; audio commentary by film critic and screenwriter Tim Lucas; “Hercules and The Conquest of Cinema: A Swords and Sandals,” a documentary from Daniel Griffith at Ballyhoo Motion Pictures; and “The Duel of the Titan,” a 12-page, full-color booklet insert with an essay from author and historian C. Courtney Joyner.

“Hercules and the Captive Women” will be available on Blu-ray for the suggested retail price (SRP) of $24.95 and on DVD for $19.95 (SRP). For more information about this special-edition release or to pre-order, visit https://www.thefilmdetective.com/hercules.

The horror film is written and directed by Devereux Milburn (shorts “Stayed For” and “Wade”) and stars Sawyer Spielberg in his feature acting debut, Malin Barr  (“Skyscraper,” “First Love”), and Barbara Kingsley (“The Straight Story,” “Jessica Jones”). A young couple (played by Spielberg and Barr) are forced to seek shelter in the home of an aging farmer (Kingsley) and her peculiar son, when they suddenly begin having strange cravings and hallucinations taking them down a rabbit hole of the bizarre.

Leap of Faith: William Friedkin on The Exorcist (Documentary)

RLJE Films, a unit of AMC Networks, will release via Shudder “Leap of Faith: William Friedkin on The Exorcist” on VOD, Digital HD and Blu-ray on April 13.

Written and directed by Alexandre O. Philippe (“78/52: Hitchcock’s Shower Scene,” “The People vs. George Lucas”), the documentary stars iconoclast filmmaker William Friedkin (“To Live and Die in L.A.,” “The Exorcist”), and is a complete dissection and sweeping examination of the award-winning genre classic. Explore the uncharted depths of Friedkin’s mind’s eye, the nuances of his filmmaking process, and the mysteries of faith and fate that helped shape his life and filmography, as told by the man himself.

A once-successful playwright sacrifices her life and career for her dying brother in “My Little Sister,” Switzerland’s Oscar entry for Best International Film. It will be available on DVD/Digital Tuesday April 13.

A poignant, affecting drama from writer-directors Stephanie Chuat and Veronique Reymond, nominated for the Golden Bear and Teddy Awards at the 2020 Berlinale.

Lisa (Nina Hoss, “Phoenix”), once a brilliant playwright, no longer writers. She lives with her family in Switzerland, but her heart remains in Berlin, beating in time with that of her twin brother Sev (Lars, Eidinger, “Proxima”), a famous theater actor.

Since Sven has been suffering from an aggressive type of leukemia, the relationship between them has become even closer. Lisa does not want to accept this blow of fate, and she does everything in her power to bring Seven back to the stage. For her soulmate, she neglects everything else and even risks losing her husband, but Lisa’s devotion to her brother is deep. Despite his illness, he reflects her deepest longings and awakens in her the desire to create again.

Michael Paré and Nicholas Turturro star in the dark, gripping thriller THE “Penthouse,” premiering on Digital, On Demand and DVD Tuesday April 13, from Lionsgate.

This dark, gripping thriller from director Massimiliano Cerchi shows that evil lurks where we least expect it. In sunny Carolina Beach, Peter and Amanda’s new penthouse condo has a perfect view of the marina. One day, they notice a couple bickering aboard a docked sailboat, and Amanda befriends the frightened Tess, who soon vanishes without a trace. After Peter confronts Tess’s boyfriend, Charles (Paré, “Gone”), Charles vows to make the nosy couple’s life a living hell, stopping at nothing until he gets revenge.

Some Kind of Heaven (Documentary)

“Some Kind of Heaven,” the captivating documentary from first-time feature director Lance Oppenheim, is arriving on DVD and On Demand Wednesday April 13, from Magnolia Home Entertainment.

Oppenheim cracks the manicured facade of The Villages, America’s largest retirement community—a massive, self-contained utopia located in Central Florida. Behind the gates of this palm tree-lined fantasyland, “Some Kind of Heaven” explores the dreams and desires of a small group of Villages residents—and one interloper—who are unable to find happiness within the community’s pre-packaged paradise. With strikingly composed cinematography, this candy-colored documentary offers a tender and surreal look at the never-ending quest for finding meaning and love in life’s final act.

The critically acclaimed “Some Kind of Heaven” on DVD/On Demand will be available for $26.98 (SRP).

A quiet loner (Cage) finds himself stranded in a remote town when his car breaks down. Unable to pay for the repairs he needs, he agrees to spend the night cleaning Willy’s Wonderland, an abandoned family fun center. But this wonderland has a dark secret that “The Janitor” is about to discover. He soon finds himself trapped inside Willy’s and locked in an epic battle with the possessed animatronic mascots that roam the halls. To survive, he must fight his way through each of them.

The Persian drama, originally released in 2009, chronicles the intertwining lives of four Iranian women during the summer of the 1953 coup. Iran’s Islamic revolution was a cataclysmic moment in history when an American-led, British-backed mission led to the overthrow of Prime Minister Mohammad Mossadegh, and reinstalled the Shah to power.

Over the course of several days, four women from the Middle East who share the Iranian culture are brought together against the backdrop of political and social chaos. As the political turmoil swells in the streets of Tehran, each woman seeks to be liberated from her predicament. It is only a matter of time before the world outside the walls of unrest seep into the lives of these women as their country’s history takes a tragic turn. “Women Without Men” is in Persian with English subtitles.

History is back with its hit series when “Ancient Aliens: Season 13” arrives on DVD Tuesday April 13 from Lionsgate.

Narrated by Robert Clotworthy (“The Curse of Oak Island”), this powerhouse series continues to shock and awe with 16 new episodes that explore controversial theories of extraterrestrial contact here on Earth.

Join Giorgio Tsoukalos and other ancient astronaut theorists as they continue their search for evidence of extraterrestrial contact in the distant past as well as the present. From Tibet, Chile, and the Mediterranean to the iconic UFO site of Roswell to the Pleiades star cluster, this season of “Ancient Aliens” travels to the far reaches of the globe and beyond to delve into mankind’s origins, mysterious government organizations and the secrets of the universe. All in an effort to finally find out if we are in fact alone in the universe, or if extraterrestrial forces have been aiding and guiding us all along.