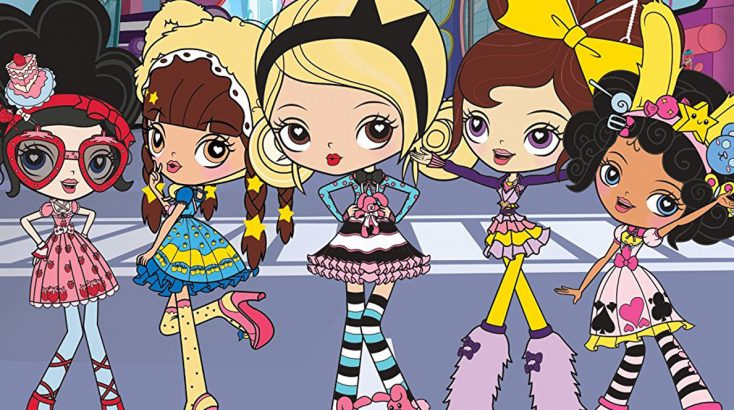 Shattering the core myths of the globally popular franchise, “Transformers: The Last Knight” redefines what it means to be a hero.  Humans and Transformers are at war, and Optimus Prime is gone.  The key to saving our future lies buried in the secrets of the past, in the hidden history of the Transformers on Earth.  Saving our world falls upon the shoulders of an unlikely alliance: Cade Yeager (Mark Wahlberg, “The Fighter”); Bumblebee; an English Lord (Sir Anthony Hopkins, “Silence of the Lambs”); and an Oxford Professor (Laura Haddock, “Guardians of the Galaxy”).  There comes a moment in everyone’s life when we are called upon to make a difference.  In “Transformers: The Last Knight,” the hunted will become heroes.  Heroes will become villains.  Only one world will survive: theirs, or ours.

The latest installment in the global franchise also stars Josh Duhamel (Transformers), Stanley Tucci (The Hunger Games), Isabela Moner (“100 Things to Do Before High School”), Santiago Caberera (“Salvation”) and Jerrod Carmichael (“The Carmichael Show”). The 4K Ultra HD, Blu-ray, and Blu-ray 3D Combo Packs include a bonus disc with more than 80 minutes of behind-the-scenes content and interviews.  Travel to Cybertron to explore the Transformers home world, then visit the UK to delve into the locations used to bring the epic adventure to life.  In addition, go inside the secret mythology of the legendary robots in disguise, check out the incredible vehicles used in the film and more.

“2:22” starring Michiel Huisman (“Game of Thrones”) and Teresa Palmer (“Hacksaw Ridge”) is available now on Blu-ray + DVD, Blu-ray, DVD and Digital HD. The drama follows New York City air traffic controller Dylan Branson (Huisman) who is the embodiment of a guy at the top of his game, until one day at 2:22 p.m., a blinding flash of light paralyzes him for a few crucial seconds as two passenger planes barely avoid a midair collision. Suspended from his job, Dylan begins to notice the increasingly ominous repetition of sounds and events in his life that happen at exactly the same time every day. An underlying pattern builds, mysteriously drawing him into Grand Central Station every day at 2:22 p.m. As he’s drawn into a complex relationship with a beautiful woman who works in an art gallery, Sarah (Palmer), disturbingly complicated by her ex-boyfriend Jonas (Sam Reid, “Serena”), Dylan must break the power of the past and take control of time itself.

Get set for another scandalous season of Showtime’s top-rated comedy series “Shameless,” with Warner Bros. Home Entertainment’s release of “Shameless: The Complete Seventh Season,” available Tuesday Sept. 26. Join the Gallaghers as they star in 12 episodes from the show’s seventh season. From Emmy-winning executive producer John Wells (“ER,” “The West Wing”) and Warner Bros. Television, “Shameless” stars Oscar-nominated actor William H. Macy (“Fargo”) as Frank Gallagher, the outspoken, alcoholic, single father of six clever and resourceful siblings, who are trying to scrape by on Chicago’s South Side.

As the seventh season of “Shameless” kicks off, Frank (Macy) wakes from a month-long coma after having been tossed into the Chicago River, only to realize that no one came looking for him at the hospital. Fiona (Emmy Rossum), who still works at Patsy’s Pies as the manager, is faced with making major executive decisions in order to keep the business afloat. Lip (Jeremy Allen White) is out of rehab but struggles with his sobriety. Ian (Cameron Monaghan) and Caleb (Jeff Pierre) hit a major snag in their relationship after Caleb is caught cheating. Debbie (Emma Kenney), now a single teen mom, begins stealing high-end strollers in order to pay a nanny to care for her baby. Carl (Ethan Cutkosky) chooses to get circumcised. Kevin, Veronica and Svetlana consider opening a topless maid service. “Shameless: The Complete Seventh Season” will be available for a suggested retail price (SRP) of $39.99 for the Blu-ray and $29.98 SRP for the standard DVD edition. The box set is currently available to own on Digital HD via purchase from digital retailers.

Based on the long-running, award-winning British series, “Shameless” was adapted for American television by John Wells and original UK series creator Paul Abbott (“State of Play”) and made its U.S. debut on Showtime in 2011. Showtime’s youngest-skewing series developed a loyal fan base during the first season. It averaged more than 2.5 million viewers each episode during its seventh season. The series is Showtime’s top-rated series across all key adult demographics.

In the third series, following a young cricket player’s suicide, King is seconded to the National Crime Commission and tasked with investigating the links between gambling, professional sports and organized crime. The shocking death of a key witness further complicates the already tangled web of intrigue, and Janet faces an ethical dilemma when an estranged family member becomes a person of interest to the commission. As the mystery unfolds, Janet and her team uncover a high-stakes world of match fixing, performance-enhancing drugs, money laundering, and murder. The series also stars Damian Walshe-Howling (“The Reef”), Christopher Morris (“Home and Away”) and Don Hany (“Serangoon Road”).

The critically-acclaimed BBC drama “Line of Duty: Series 4” returns with six more episodes debuting on DVD on Tuesday Sept. 26, from Acorn. 2017 Emmy and Golden Globe nominee Thandie Newton (“Westworld”) joins the cast as the team hunts down a suspected serial murderer and a potential breakdown in the justice system. The two-disc DVD set features six episodes ($39.99 SRP, Amazon.com). “Line of Duty, Series 4” originally aired on BBC One in the UK in March.

In Series 4 of Jed Mercurio’s acclaimed police drama, Newton reprises her role as DCI Roz Huntley. Under the intense scrutiny of her superiors, Huntley and her team track down and charge a suspected serial murderer. But when the chief forensic investigator (Jason Watkins, “W1A”) begins to doubt the young man’s guilt, he seeks the help of AC-12, believing that Roz could be ignoring key evidence in order to close the career-defining case.

Warner Bros. Home Entertainment is releasing some of Peanuts’ most beloved seasonal television specials on 4K Ultra HD for the first time ever, with “Peanuts Holiday Collection,” available Tuesday Oct. 10. Peanuts fans can now enjoy their favorite animated holiday classics in 4K Ultra HD resolution with High Dynamic Range.  This compilation is comprised of nine “Peanuts” TV specials, including classics “It’s the Great Pumpkin, Charlie Brown;” “A Charlie Brown Thanksgiving” and “A Charlie Brown Christmas,” which will be offered together in a 4K Ultra HD Blu-ray Combo Pack. The Combo-Pack includes a 4K Ultra HD Blu-ray disc with the episodes in 4K with HDR, a Blu-ray disc and digital version of all nine specials.  “Peanuts Holiday Collection” 4K UHD will retail for $44.98 SRP.

“Peanuts” fans will also have the opportunity to purchase each of the three classic “Peanuts” holiday specials separately. Each will be sold in a 4K Ultra HD, Blu-ray and Digital combo pack. Available separately on Tuesday Sept. 26, WBHE will offer “It’s the Great Pumpkin, Charlie Brown” 4K UHD, which will retail for $29.98 SRP. This release will feature two bonus specials, including “It’s Magic, Charlie Brown” and “Charlie Brown’s All-Stars.”

From the mind of Gwen Stefani comes the world of “Kuu Kuu Harajuku.” The animated series comes to DVD in North America from Shout! Factory in collaboration with DHX Media on Tuesday Sept. 26. The second installment, “Kuu Kuu Harajuku: Super Kawaii,” contains 12 episodes from Season One, as well as new interviews with the show’s voice cast. Initial shipments of the DVD contain nail decals of fun “Kuu Kuu Harajuku-inspired emoticons (while supplies last). The 2D-animated series currently airs on Nick Jr. in the U.S. and on Family Channel in Canada.

The animated series follows the fun-filled adventures of the band HJ5—Love, Angel, Music, Baby and G—through their super cute world of music, fashion and style. The inspiration for this popular animated series came from Grammy award-winning musician Stefani who wanted to create an animated series for girls that encourages and celebrates creative self-expression, imagination and individuality.  The show’s setting is inspired by the exuberant street fashion and creative youth culture of the Harajuku district but it takes place in a magical fantasy world like nothing you’ve ever seen before.

Join Love, Angel, Music, Baby and G — five totally talented members of the super cool band HJ5 — as they return with 12 more hard-rocking tales! With help from their loveably incompetent manager Rudie, HJ5 travels all over the globe to put on shows for their fans. That is, of course, if they can actually get through the crazy adventures keeping them from their gigs! But together, HJ5 will do what it takes to perform, and possibly save the day.

That’s not all, folks! Front Row Features is giving away a copy of Warner Archive Collection’s “Porky Pig 101” on DVD to one lucky reader. The five-disc collection features more than 100 classic Porky Pig cartoons, with nearly half of the animated shorts making their home entertainment debut. To enter the contest, simply email socalmovieeditor@aol.com by Thursday Sept. 28 for your chance to win. Good luck!