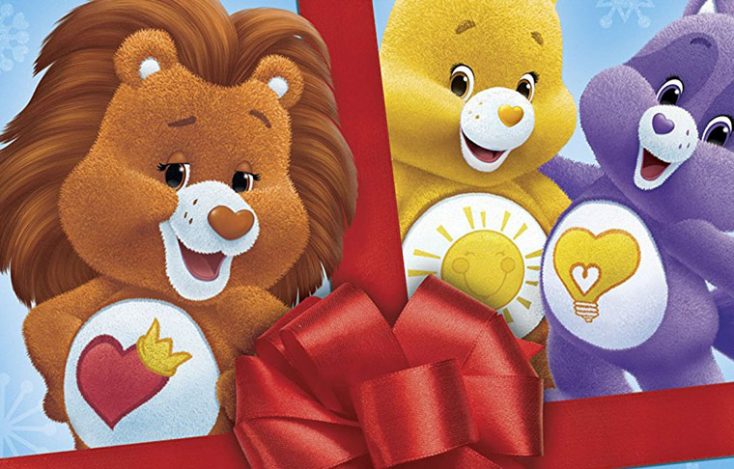 The intrepid crew of the USS Enterprise returns in “Star Trek Beyond,” which is available in 4K Ultra HD, Blu-ray 3D and Blu-ray Combo Packs, DVD and On Demand Tuesday Nov. 1, from Paramount Home Media Distribution.  The sci-fi adventure will also be available as part of the “Star Trek” trilogy Blu-ray Collection.  The outer space action drama also is available on Digital HD.

Director Justin Lin (“Fast & Furious”) boasts an all-star cast including Chris Pine and Zachary Quinto, as well as newcomers to the “Star Trek” universe Sofia Boutella (“Kingsman: The Secret Service”) and Idris Elba (“Pacific Rim”).  In “Star Trek Beyond,” the Enterprise crew explores the furthest reaches of uncharted space, where they encounter a mysterious new enemy who puts them and everything the Federation stands for to the test.

The title is loaded with over an hour of action-packed bonus content, with featurettes from filmmakers and cast, including producer J.J. Abrams, director Lin, and actors Pine and Quinto. Go beyond the movie’s incredible edge-of-your-seat action and see how an unprecedented 50 new alien species were created, including the franchise’s newest villain Krall and the rebellious warrior Jaylah.  Journey through the iconic franchise in celebration of “Star Trek’s” 50th Anniversary, enjoy a gag reel and explore deleted scenes, not previously seen. In addition, the sets include tributes to actors Leonard Nimoy and Anton Yelchin. The film also boasts a Dolby Atmos soundtrack remixed specifically for the home theater environment to place and move audio anywhere in the room, including overhead.

From the writer of The Grandmaster comes the action-packed “Judge Archer,” arriving on DVD (plus Digital), Digital HD, and On Demand Tuesday Nov. 1 from Lionsgate. “House of Flying Daggers” star Chengyuan Li leads an all-star martial arts cast in this movie with amazing stunts and hard-hitting fight choreography. The “Judge Archer” DVD will be available for the suggested retail price of $19.98.

In 1920s China, Judge Archer takes on the dangerous job of settling disputes between warring schools of martial arts. When a mysterious woman asks him to avenge her father’s murder, Archer poses as a fruit seller in a distant town to stake out his prey. To distract and seduce Archer, the clever killer sends a gorgeous woman, who proves to be a talented warrior herself. This action saga portrays knife, spear, and arrow battles, plus historic fighting methods never before seen on film.

Celebrate the 70th anniversary of one of the most beloved films of all time with “It’s a Wonderful Life” available now in a special 70th Anniversary Platinum Edition. Starring James Stewart, Donna Reed, Lionel Barrymore, Thomas Mitchell and Henry Travers, this holiday classic directed by Frank Capra has made an indelible impact on popular culture and continues to be a cherished part of many families’ get-togethers. The Platinum Edition includes the original black and white version of the film as well as a beautifully colorized version, a “making of” documentary hosted by Tom Bosley (“Happy Days”) and the original trailer. Plus, both the Blu-ray and DVD set include collectible, limited edition art cards featuring images of the original ads and lobby cards.

“Peanuts: Snoopy, Come Home” also is available Tuesday Nov 1 on Blu-ray. When America’s most beloved beagle suddenly goes missing, the whole Peanuts gang bands together to bring him back home. With “Dogs Not Allowed” signs everywhere he turns, Snoopy and his newfound feathered friend Woodstock (making his big screen debut) leave the comforts of home behind and head for the highways in search of their true place in the world. Camping out, eating up and just living the life of the open road, the intrepid twosome make their way across the country, dodging possessive pet-collectors, less-than-hospitable hospital workers, and bullying bus drivers on their way to reveal Snoopy’s secret past—only to discover that there really is no place like home in this heartwarming story featuring Charlie Brown, Lucy, Linus and the whole gallery of Peanuts favorites.

After many years away from Care-a-Lot, Care Bears Cousins finally return home in “Care Bears & Cousins: Take Heart–Volume 1,” arriving on DVD (plus Digital) and Digital HD Tuesday Nov. 1 from Lionsgate. In this brand new series, debuting for the first time on DVD, the Care Bears reunite with their cousins to retrieve the Cousins’ stolen ship. The DVD title is available for the suggested retail price of $14.98.

Front Row Features is giving away a Blu-ray edition of the horror flick, “The Ones Below” to one lucky reader. Send your name and email address to frontrowfeatures@gmail.com. A winner will be selected Tuesday Nov. 8.

Front Row Features has a Blu-ray edition of “Steve Jobs: The Man in the Machine,” a remarkable documentary available for one lucky reader. Simply email us with your name and email address to frontrowfeatures@gmail.com. The winner will be selected Tuesday Nov. 8.

With the holidays right around the corner, Front Row Features wants to help you out with some stocking stuffers for the little ones on your gift-giving list. That’s why we’re giving one lucky reader a children’s DVD prize pack that includes copies of three new Lionsgate releases: “Care Bears & Cousins: Take Heart – Volume 1,” “Shaun the Sheep: We Wish Ewe a Merry Christmas” and “Power Rangers Dino Charge: Hero.” To enter, simply email socalmovieeditor@aol.com by Tuesday Nov. 8 for your chance to win. Good luck, and happy holidays from Front Row Features!