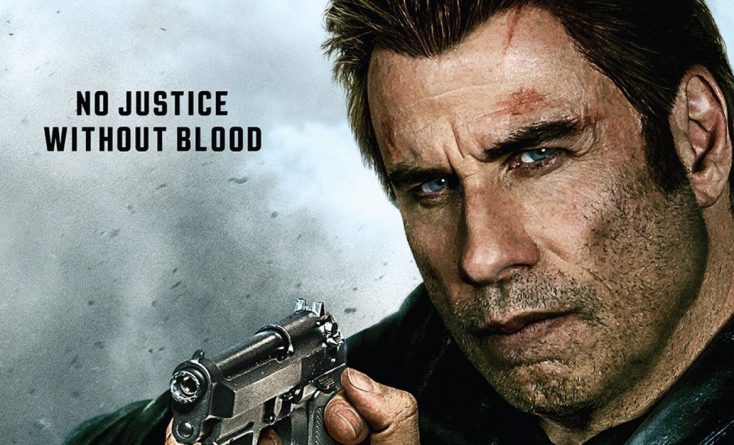 Filmmaker John Carney (“Once,” “Begin Again”) continues his exploration of musicians and the emotional journeys they undergo while pursuing their lofty dreams with the nostalgic music-filled “Sing Street,” available on Blu-ray, DVD, On Demand and on Digital HD Tuesday July 26.

“Sing Street” is set in the ‘80s, and revolves around a Dublin teenager named Conor (Ferdia Walsh-Peelo) who falls in love with a slightly older girl named Raphina (Lucy Boynton), who aspires to become a model despite her rocky past. To impress her, Conor tells the girl he has a band, and asks if she would be interested in starring in their next music video. Problem is, he doesn’t have a band. He doesn’t even play an instrument. But that doesn’t stop this smitten schoolboy. With the help of another student at his rough-and-tumble inner city school, Conor gathers a group of young musician/misfits, and voila, they’re off to the races. “Cosmo,” as Raphina dubs Conor, sets off to write music in the styles of some of his favorite musicians of the era, including The Clash, a-Ha, The Cure, Duran Duran, The Jam and other New Romantics bands. Viewers discover in the bonus material included in the home entertainment editions that the feel-good story was inspired, in part, by Carney’s own life and love for music. Cast auditions and a short making-of segment are included as bonus features.

The action-revenge thriller “ I Am Wrath” arrives on Blu-ray, DVD and On Demand on Tuesday July 26 from Lionsgate. John Travolta (“From Paris with Love”) stars as a man who takes action after realizing a group of corrupt police officers will never solve his wife’s murder.

John Travolta plays Stanley Hill, a former Black Ops agent who witnessed his wife’s death at the hands of a street gang. When corrupt cops let the prime suspect walk, Stanley takes the law into his own hands. Joined by a former comrade-in-arms (Christopher Meloni), Stanley uncovers a conspiracy that leads to the upper ranks of government, as he heads toward a guns-blazing, take-no-prisoners showdown for justice. The film also stars Amanda Schull (Syfy’s “12 Monkeys”), Sam Tramwell (HBO’s “True Blood”), Patrick St. Esprit “(The Hunger Games: Catching Fire”) and Rebecca De Mornay (“The Hand that Rocks the Cradle”).

Directed by Chuck Russell (“The Scorpion King”) from a screenplay by Paul Sloan (web series “Vigilante Diaries”), “I Am Wrath” is available On Demand and will be available on Blu-ray and DVD for the suggested retail price of $24.99 and $19.98, respectively.

“Hardcore Henry” arrives on Blu-ray, DVD and On Demand Tuesday July 26, from Universal Pictures Home Entertainment and STX Entertainment.  It also is available on Digital HD. Filled with action and adventure, it is one of the first feature films shot completely in first-person shooter perspective.  The Blu-ray, DVD and Digital HD editions offer explosive thrills with deleted scenes and commentary with the director Illya Naishuller and actor/producer Sharlto Copley.

A man (Copley) wakes up but remembers nothing. Mainly because he’s just been brought back from the dead by his wife who tells him that his name is Henry. Five minutes later, he is being shot at, his wife has been kidnapped, and he figures he should probably rescue her. Inexplicably in unfamiliar Moscow, everyone wants him dead. If Henry can survive the insanity and solve the mystery, he might discover his purpose and the truth behind his identity.  Extras include deleted scenes, a featurette in which Naishuller and Copley answer fan questions about how the first-person action film was made and feature commentary with the same duo.

Jack Irish (Pearce) is a former criminal lawyer and now part-time investigator, debt collector, apprentice carpenter, and sometimes lover. From the island of Mindanao in the Philippines to Melbourne, Jack is caught in a global web of religious zealotry among right-wing Christians and media-savvy jihadists. When Jack is contracted to find a man with a criminal past who is then killed in front of him, Jack suspects a set-up. The case spirals into a larger international conspiracy involving Muslim extremists and born-again Christians.

Meanwhile, Jack’s on-again, off-again girlfriend, journalist Linda Hillier (Marta Dusseldorp), leaves Melbourne to further her career as a foreign correspondent in Manila. Though the job is not exactly what she had planned, Linda quickly realizes she may be on to a big story. As their cases eventually intertwine, Jack and Linda’s reunion is tested by the arrival of Sarah Longmore (Claudia Karvan, “The Secret Life of Us”), a metal sculptor with connections.

Other returning characters for the series include Aaron Pederson (“The Code”) as Cam Delray and Roy Billing (“Underbelly”) as Harry Strang. This cinematic noir series premiered in Australia in earlier this year. This DVD and Blu-ray 2-disc set features six episodes plus a bonus behind-the-scenes featurette and a photo gallery. Each is available for an SRP of $39.99 each and can be purchased at AcornOnline.com.

“Jack Irish, Season 1” made its U.S. premiere in May on Acorn TV, a streaming service of television from Britain and beyond. Also on July 26, Acorn is releasing the three movies from 2013-14 in a DVD and Blu-ray collection, “Jack Irish: The Movies” ($39.99 SRP).