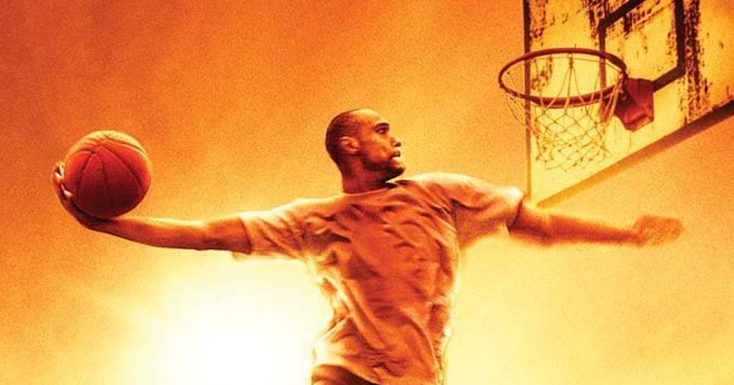 “Whose Streets?,” an unflinching documentary about the Ferguson, Mo., uprising and its aftermath, is available Tuesday Nov. 14 on DVD, from Magnolia Home Entertainment. It also is available on Digital HD.

Filmmakers Sabaah Folayan and Damon Davis document the event that ignited a nationwide movement to challenge the status quo, detailing the community’s response following the shooting death of Michael Brown in the St. Louis suburb in August 2014. “Whose Streets?” is a vehicle with which seven residents of the city recount how the socio-political climate they experienced came to be and how they will continue to fight for equal footing in their community.

Special features include commentary with the first-time filmmakers, deleted scenes, additional interviews and the original film trailer. “Whose Streets?” also is available on Digital HD via iTunes, Amazon Video, Google Play, FandangoNOW and more. The DVD is available for a suggested retail price (SRP) of $26.98.

The powerful sports drama “Slamma Jamma” are available on DVD and digital, from Sony Pictures Home Entertainment. Written and directed by Tim Chey (“The Genius Club”), this inspiring film tells the story of a former college basketball star who tries to start a new life after wrongfully sentenced to six years in prison. Five-time world slam dunk champion and former Harlem Globetrotter Chris Staples makes his acting debut playing the lead role of Michael Diggs. Relying on the strength of his faith and conviction to family, Michael faces the challenges presented to him on and off the court in this story of defying all odds.

When a biological terrorist threat has been issued against Americans on United Kingdom soil, government organizations put their best agents on the case in “Unlocked,” arriving on Blu-ray (plus Digital HD), DVD, and on Digital HD Tuesday Nov. 14 from Lionsgate.

The film is currently available On Demand. This thriller stars BAFTA nominee Noomi Rapace (“Prometheus”), Orlando Bloom (“Pirates of the Caribbean” movies), two-time Academy Award winner Michael Douglas (“Wall Street”) and Oscar-nominees John Malkovich (“In the Line of Fire”) and Toni Collette (“The Sixth Sense”). Directed by Michael Apted (“The World Is Not Enough”), written by Peter O’Brien and from the producers behind the acclaimed action blockbusters “Red” and “Salt,” “Unlocked” will be available on Blu-ray and DVD for the suggested retail price of $21.99 and $19.98, respectively.

Coinciding with the Fox release of the new, star-studded theatrical adaptation of “The Murder on the Orient Express,” directed by and starring Kenneth Branagh, Acorn, an RLJ Entertainment, is re-releasing the extravagant television adaptation of the Queen of Crime’s most famous novel, “Agatha Christie’s Murder on the Orient Express” on DVD Tuesday Nov. 14. Featuring fan-favorite David Suchet as Hercule Poirot—the Belgian sleuth of unsurpassed deductive powers and peerless viewer appeal—as he searches for a killer on a snowbound train, the DVD includes the television film ($19.99, Amazon.com). “Murder on the Orient Express” debuted in 2010 on PBS’s “Masterpiece Mystery!” and is available to stream on Acorn TV. In 2012, RLJ Entertainment, Inc. became the first U.S. company to own a majority share in Agatha Christie Limited, which manages her massive literary estate and iconic characters.

While traveling on the luxurious Orient Express, Hercule Poirot meets Samuel Ratchett (Toby Jones, “Detectorists”), an unsavory businessman who fears for his life. Not caring for the man or his money, Poirot declines his demand for professional protection. But when Ratchett is stabbed to death, the detective is determined to find the culprit. Poirot has to determine whether an assassin snuck aboard the snowbound train in the night—or whether the killer already was aboard all along.

The suspects include a meek governess (two-time Oscar nominee Jessica Chastain, “Zero Dark Thirty”), the dead man’s servant (Hugh Bonneville, “Downton Abbey”), an imperious princess (Eileen Atkins, “The Crown”), an army colonel (David Morrissey, “The Walking Dead”), and a pushy American (Barbara Hershey, “Hannah and Her Sisters”). As Poirot sorts through the conflicting clues, what he discovers may shake him to his core.

Sinister and foreboding, Agatha Christie’s quintessential murder mystery is brought to life by an all-star cast and explores the nature of justice and the limits of the law. The DVD is available for a suggested retail price of $19.99.

The award-winning Australian comedy-drama “Rake, Series 4” debuts on DVD Tuesday Nov. 14, from Acorn TV. Richard Roxburgh (“Moulin Rouge!”) is Cleaver Greene, a brilliant barrister battling self-destructive tendencies. As a lawyer, Cleaver prefers to defend those who are utterly hopeless and probably guilty; his clients include murderers, bigamists, and even cannibals. Despite his roguish ways, Cleaver’s wit and charm have won him many cases and loyal friends over the years. The three-disc DVD set features eight episodes ($39.99, Amazon.com) and behind-the-scenes featurettes.

Smart but self-destructive lawyer Cleaver Greene faces new challenges to his career and his personal life as the hit Australian comedy-drama returns. Last seen dangling from a runaway hot-air balloon, Cleaver crashes into the window of wanted criminal Edgar Thompson (John Waters, “Offspring”). Forced out of hiding, Edgar stirs up a huge corruption scandal involving most of the politicians in Sydney and vows revenge on Cleaver.