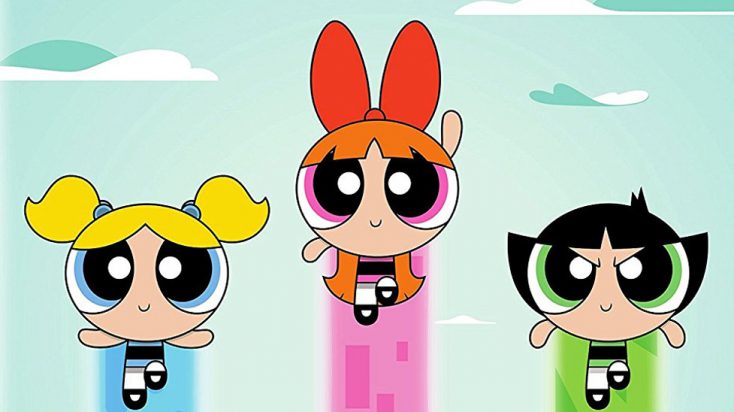 Five-time Academy Award nominee Amy Adams (“American Hustle,” “Junebug”) plays expert translator Louise Banks, whose services are required when mysterious spacecraft touch down across the globe. She along with an elite team of scientists and scholars race against time to decipher their intent. As tensions mount between fearful governments, Banks discovers the aliens’ true purpose and, to avert global war, takes a chance that could threaten her life, and quite possibly humanity. Fellow Oscar nominee Jeremy Renner (“The Hurt Locker”) and Academy Award winner Forest Whitaker (“The Last King of Scotland”) co-star in this critically acclaimed film. The “Arrival” 4K Ultra HD and Blu-ray Combo Packs include more than an hour of special features, with in-depth explorations of the film’s subject matter, sound, score, editing and more.

The four-part Australian TV miniseries “Deep Water” debuts on DVD and Blu-ray on Tuesday Feb. 14, from Acorn, an RLJ Entertainment. Inspired by true events, Noah Taylor (“Game of Thrones”) and Yael Stone (“Orange is the New Black”) star as detectives assigned a brutal murder case in Bondi, where they begin to discover mounting evidence to suggest the killing is connected to a spate of unexplained deaths, “suicides,” and the disappearances of gay men throughout the ‘80s and ‘90s.

When a young gay man is brutally murdered near Bondi Beach, Detectives Tori Lustigman (Stone) and Nick Manning (Taylor) are assigned to investigate. After more bodies are found, Tori links the deaths to a series of murders of gay men. Overlooked by police at the time, the crimes were reported as unexplained deaths, but Tori suspects they are all connected, despite her commanding officer’s (William McInnes, “East West 101”) calls for caution. Striving to bring closure to the victims’ families and haunted by the long-ago loss of her own brother, Tori’s fascination with the case soon turns to fixation. Danielle Cormack (“Wentworth”), Jeremy Lindsay Taylor (“The Diplomat”), Craig McLachlan (“The Doctor Blake Mysteries”) and Dan Spielman (“The Code”) round out the cast.

The DVD and Blu-ray 2-disc sets of “Deep Water” feature four episodes plus behind-the-scenes featurettes and a photo gallery ($39.99 SRP each, AcornOnline.com). “Deep Water” made its U.S. premiere last November on Acorn TV.

On the lighter side, animator Mike Judge’s beloved slackers are back in “Beavis and Butt-Head: The Complete Collection,” which arrives on DVD Tuesday Feb. 14.  When Beavis and Butt-Head first appeared on MTV more than two decades ago, critics dismissed the adolescents as brainless couch potatoes who did nothing but watch TV and make lewd jokes about bodily functions. Today, they are beloved animated icons. Beavis and Butt-Head’s unique idiocy arguably changed television, movies, pop culture and the world.

America’s favorite culture critics are back in this comprehensive new collection to tell viewers exactly what they think.  Housing everything in one set for the first time ever, “Beavis and Butt-Head: The Complete Collection” includes all four volumes of the acclaimed television series—including the boys’ triumphant return in 2011—as well as the Special Collector’s Edition of the fan-favorite movie “Beavis and Butt-Head Do America.”

In addition, the 12-DVD set boasts a wealth of bonus material including “Taint of Greatness: The Journey of Beavis and Butt-Head” Parts 1-3, VMA appearances, a Thanksgiving Special with legendary MTV vee-jay Kurt Loder, the 1994-1996 “Butt-Bowls,” “MTV 20th Anniversary Special,” the original, un-cut “Frog Baseball,” a 2011 Comic-Con panel featuring Mike Judge and moderator Johnny Knoxville, promos, montages, and much more. “Beavis and Butt-Head: The Complete Collection” is available for $46.99 (SRP).

A tamer animated classic offering is the arrival Tuesday Feb. 14 of Cartoon Network’s DVD release of “The Powerpuff Girls: Tiara Trouble.” Everyone’s favorite superhero sisters—Blossom, Bubbles and Buttercup—are back and better than ever in the all-new, re-imagined “The Powerpuff Girls,” the iconic Cartoon Network series, which returned to television this past April after more than a decade. Viewers can own 12 action-packed episodes from the Emmy-nominated hit series’ first season. It’s girl power at its best with this new take on a pop culture classic, which is capturing the hearts of a whole new generation of viewers.  “The Powerpuff Girls: Tiara Trouble” will retail for $14.97 (SRP).

The sister superheroes are busting up all the baddies and saving the world…before bedtime. Known to their fellow citizens of Townsville as The Powerpuff Girls, together, they protect their beautiful, bustling metropolis from sinister evildoers, intent on taking over.

Juggling school, homework and a regular parade of villains is no easy task but The Powerpuff Girls are more than up to the challenge. With occasional help from Professor Utonium and the Mayor of Townsville, the girls take on such super villains as Princess Morbucks, Manboy, Mojo Jojo, the Gangreen Gang, Fuzzy Lumpkins and others. Armed with major cuteness, super cool powers and some topnotch teamwork, this adorable power trio is ready to take the world by storm.

“The Powerpuff Girls” is produced by Cartoon Network Studios, with Nick Jennings (“Adventure Time”) serving as executive producer and Bob Boyle (“Wow! Wow! Wubbzy!”) as co-executive producer. The series features the voices of Amanda Leighton (“The Fosters”) as Blossom, Natalie Palamides as Buttercup, and Kristen Li as Bubbles.

The re-imagined series was nominated for an Emmy Award for Outstanding Short Form Animated Program.

Including in the 12 episodes is “Once Upon a Townsville,” Emmy-nominated for Outstanding Short Form Animated Program, and “Viral Spiral,” the series’ highest-rated episode to-date.