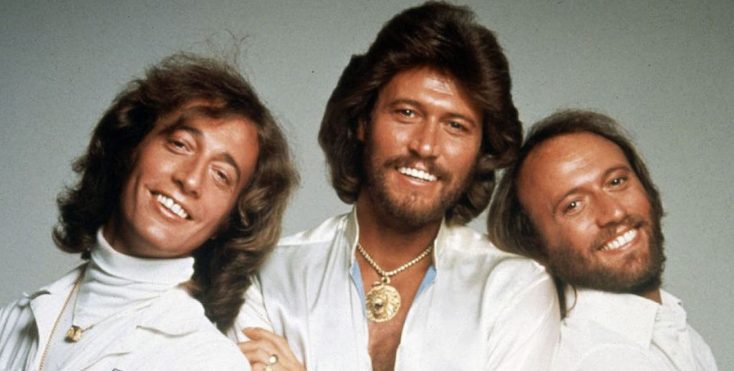 Director Frank Marshall of the HBO documentary THE BEE GEES: HOW CAN YOU MEND A BROKEN HEART. ©HBO.

HOLLYWOOD—While the Bee Gees are most closely associated with disco music thanks to their involvement in the 1977 landmark soundtrack album, “Saturday Night Fever,” that featured five of their songs, the band, fronted by three British/Australian brothers, already were a popular musical act, writing, recording and performing non-disco pop songs for nearly two decades prior. The soundtrack would become one of the best-selling albums in history, winning prestigious awards with its chart-topping singles, including “Night Fever,” “More Than a Woman,” and the heart-thumping “Stayin’ Alive,” which helped define a culture as well as misunderstood era.

The success of “Saturday Night Fever” became both a blessing a curse for the Gibb brothers, whose flagging music career in the mid- ‘70s got a much-needed boost with the monster success of the album (and the international popularity of the John Travolta-starring film), only to see disco become reviled a couple years later—with the Gibb brothers unfairly receiving the brunt of the public’s ire.

The brothers—oldest brother Barry and twins Maurice and Robin—and their roller-coaster career that began when they were barely teenagers and continued on and off into the 21st century—is the subject of uber-producer Frank Marshall’s documentary, “The Bee Gees: How Can You Mend a Broken Heart” The documentary, which runs nearly two hours, features a wealth of never-before-seen archival footage of recording sessions where they wrote all of their songs, concert performances, television appearances and home videos, as well as interviews with musicians Eric Clapton, Noel Gallagher, Nick Jonas, Chris Martin, Justin Timberlake, music producer Mark Ronson, singer Lulu (who briefly was married to Maurice Gibb), record company executive Bill Oakes, and others.

The story takes viewers on a journey from Gibbs’ idyllic childhood in ‘50s Australia to the artistic crucible of ‘60s London and to the sundrenched coast of Miami, where Barry, the sole surviving brother, now lives. The band—some of their supporting musicians also are interviewed in the documentary—created a distinct sound with their three-part harmonizing, their melodic voices forming a new kind of instrument.

Influenced by Motown and harmonizing groups, the Bee Gees found their first success in the U.K. with “To Love Somebody” and “Massachusetts” in 1967 and scored their first U.S. No. 1 hit with “How Can You Mend a Broken Heart” four years later. It wasn’t until they moved to Miami, at the suggestion of Eric Clapton, and began working with Atlantic Records’ producer Arif Mardin that their signature harmonizing sound was born. A confluence of events came together to produce such hits as “Jive Talkin’,” “Nights on Broadway” and “You Should be Dancing,” their new sound stemming from the advent of synthesizers, the rise of the disco beat and the almost accidental discovery of Barry’s falsetto, while experimenting in the studio.

The iconic trio wrote more than 1,000 songs, of which 20 became No. 1 hits over their long and sometimes tumultuous career. The film follows the Gibbs’ meteoric rise as they rode the highs of fame and fortune, negotiated the vagaries of the fickle music business and navigated the complexities of working so closely alongside family. The film also includes the rise of the youngest Gibb, Andy, who followed his older brothers’ success with a burgeoning solo career that was cut short by a tragic end at age 30.

Marshall, who with his wife and business partner Kathleen Kennedy, has produced dozens of Hollywood blockbusters including “Jurassic World: Fallen Kingdom,” “Seabiscuit,” “The Curious Case of Benjamin Button,” and many more also leads a documentary division which has produced films on iconic musicians including George Harrison and Johnny Cash, helms. Though he has directed a handful of films over the years, including 2006’s “Eight Below,” starring Paul Walker, Marshall, who grew up in a musical family, was drawn to direct the Bee Gees documentary himself owing to some serendipitous circumstances.

Speaking from his office decorated with Hollywood memorabilia as well as a few guitars, in the event he feels inspired to play some music, Marshall spoke about helming the Bee Gees documentary.

Front Row Features: Why this documentary and why now?

Frank Marshall: It was kind of being at the right place at the right time for me. A little over four years ago I was visiting (Chairman and CEO) Steve Barnett of Capitol (Music Group). I come from a musical family. My dad was a composer, a guitar player and was under contract with Capitol in the ‘50s and ‘60s, so it was a nostalgic moment for me to be in the Capitol tower.  Steve had just bought the Bee Gees catalog. So, we got to talking. I had just started a documentary division of my company. I was interested in making docs so it all just kind of fell together at the right moment. It was meant to be.

FRF: Did you know Barry Gibb before you started this?

Marshall: I did not know Barry. Again, as far as the serendipity of it all, he was due in town about a month later to do the Grammy special that was about the Bee Gees. He lives in Miami. So, Steve said, “Let’s put you guys together.” So, we met in an office at Capitol, and really hit it off. We’re both the oldest (among our siblings), we’re both the same age. We both come from musical families, so it kind of fell together naturally.

Marshall: I have to say it’s in the ‘70s. I started noticing their music in the ‘70s. I was at Paramount (Pictures) when “Saturday Night Fever” was made. They were on the lot. To find out that they didn’t even read the script was one of my favorite moments. I was like, “You wrote those songs and didn’t even know what would be in the script?” And Barry said, “Yeah, we had five songs already written when (film producer and Bee Gees manager) Robert Stigwood called and asked us to write some songs for this movie.” So, that was when I really started to appreciate them.

FRF: Tell me about interviewing Nick Jonas and Noel Gallagher who also have been in bands with their brothers talking about the experience working with their siblings as the Bee Gees did.

Marshall: My goal was to talk to sibling bands, brother bands, to see what they went through or what they experienced, and also contemporary artists like Justin Timberlake who were influenced by the Bee Gees. Usually, when you put out the call for interviews, you get about 25 percent of people agreeing to do it. But, in this case, everyone wanted to do it. It was amazing. Justin couldn’t stop talking about them and what they meant to him—the musicality and everything he noticed. He said, “What they chose to do with their voices—it was sick!” What was thrilling for me was that everybody recognized how talented they were and wanted to talk about it.

FRF: One of the darker aspects that the film uncovers is the backlash against disco had homophobic and racist overtones.

Marshall: When we found Vince Lawrence (who had been an usher at Comiskey Park during the infamous Disco Demolition Night in 1979) that was incredible. He was just a boy then (now a music producer), and to hear him talk about it, it put some perspective on it. Music was becoming global and there political and social issues that were influencing everything. We didn’t notice it back then but when you look back at what was happening, and you talk to Nick the deejay, who remembered what was happening, I thought it was interesting too.

FRF: There were other music acts doing disco but I guess the backlash against the Bee Gees happened because they were the most prominent performers, right?

Marshall: They were the most prominent and, as Maurice says (in an archival interview), they didn’t need to (record) anything for another year. But they didn’t realize how big “Saturday Night Fever” had been. They were just caught up in the backlash. They wrote other kinds of music; they weren’t a disco band. To see people reflecting on that and talking about it was one of our moments. Chris Martin points out that the Bee Gees were among the first wave of pop stars who thought everybody would love them forever. He understands (the cyclical nature of fame) it now but Barry, Maurice and Robin didn’t back then. (After the destructive riot at Comiskey Park), they had to have FBI escorts, which was extraordinary, for a band. We know now what’s that like when social issues bubble up into music.

FRF: What did you shoot in Leipzig, Germany, which pops up among the shooting locations for the film in the end credits?

Marshall: That was where we interview Blue Weaver (the Bee Gees’ keyboard player) who lives there now. We went all over the world; it was pretty cool.

FRF: The other thing viewers discover in this documentary is that the Gibb brothers wrote their music entirely in studio.

Marshall: I told Barry, “Don’t tell people you wrote the song in 10 minutes in the studio. Everyone thinks your pour your sweat into it.” It’s like what Chris Martin says, “These songs for these genius songwriters are out there in the air, and they just grab that moment.” Going across the bridge from his home to the Criteria Studios (in Miami)—that bumpty-bump-bump (of the grates on the bridge)—inspired (the opening of) “Jive Talkin’.’” You never know when that creative moment is going to happen. That’s what I loved about hearing about those stories.