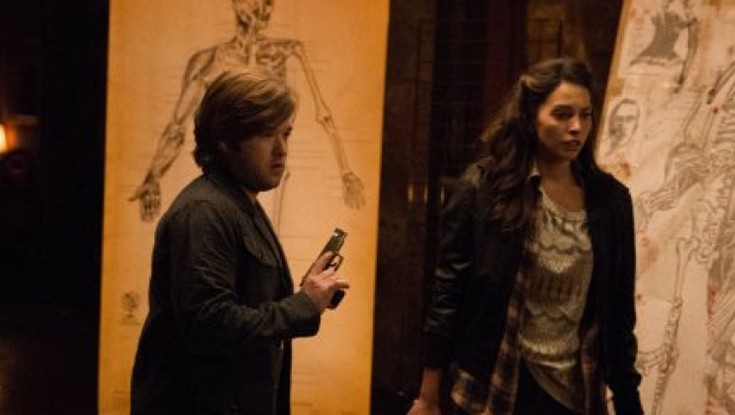 By ANGELA DAWSON Front Row Features HOLLYWOOD—Audiences always will remember Haley Joel Osment as the kid who saw dead people in “The Sixth Sense.” But little Haley is all grown up and has transitioned from child actor to grown up actor in Hollywood. He currently has a recurring role on the Amazo [...]

By LYNN BARKER Front Row Features Film Critic “This is Where I Leave You,” a dramedy based on the best-selling Jonathan Tropper novel and directed by Shawn Levy (“Night at the Museum,” “Real Steel”) focuses upon a lightly-practicing Jewish family brought together by the matriarch (Jane Fonda) whe [...]

By ANGELA DAWSON Front Row Features TORONTO—Jason Bateman stars in “This is Where I Leave You” as one of four siblings who return to their family homestead to attend their father’s funeral. During their unplanned week together under the same roof, the adult children hash out lingering issues with [...]

By JAMES DAWSON Front Row Features Film Critic Director Terry Gilliam’s bombastically bizarre “The Zero Theorem” is a mash-up of themes, stylistic touches and character types from many of his past works, but fails to add up to the sum of those parts. Although this extended exist [...]