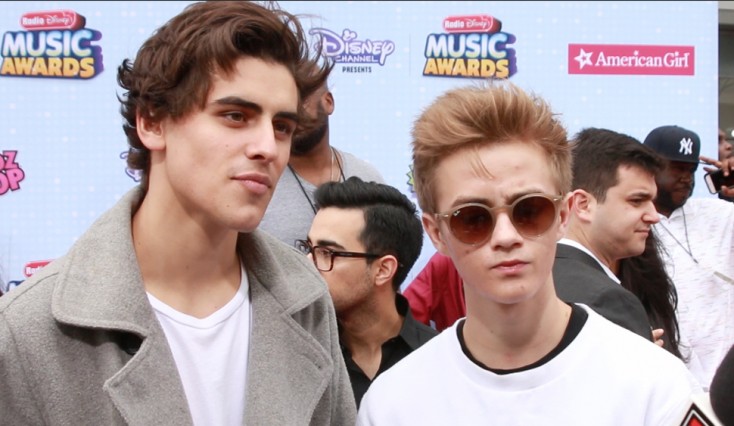 HOLLYWOOD—It was an overcast and windy Saturday as teen celebrities braved the weather to walk the red carpet arrivals of the 2015 Radio Disney Music Awards at the Nokia Theatre in Los Angeles. Hair was tossed during interviews with such talent as Jacob Whitesides, Jack & Jack, Laura Marano, Austin North and others.

Many celebrities on the carpet were excited to see Nick Jonas, Fifth Harmony and Jennifer Lopez at the awards show.

Front Row Features/Pacific Rim Video’s on camera correspondent Chris Trondsen also fielded the burning question to the attendees, “If you could sit next to a big named celebrity at the Radio Disney Music Awards, who would it be?”

Watch below as the various celebs responded to that and other questions.
Chris Soules of “The Bachelor”

Watch all our interviews at https://www.youtube.com/playlist?list=PLIeaQjJuA0TLDd6ZjLy2tFk0zwhXB1Mb5