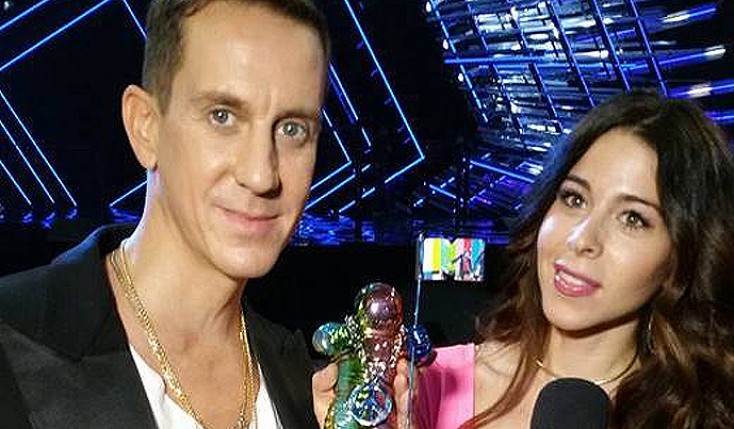 By PETERSON GONZAGA and JENNIFER TAPIERO

HOLLYWOOD—The moonman has been an iconic award figure for the MTV Video Music Awards since the show’s first ceremony in 1984. This year, the moonman has been give a colorful redesign by fashion designer Jeremy Scott. Scott explains that he wanted to take the elements of what the moonman represented. He explained that he took from what television meant to him growing up. The color bars from a broadcast sign off was the inspiration to add the bars to the moonman’s flag along with splashing the colors onto the statue itself. Scott added his signature element of wings onto the back of the award.

In addition to the moonman makeover, Scott designed the staging and red carpet arrival for the MTV VMA pre-show. Celebrities and guests alike will be transported into the realm of Scott’s world. Asked what red carpet fashion expectations Scott has for the awards show, he kept mum on specifics of what to expect but revealed there will be some exciting things from the girls and some of the guys as well.