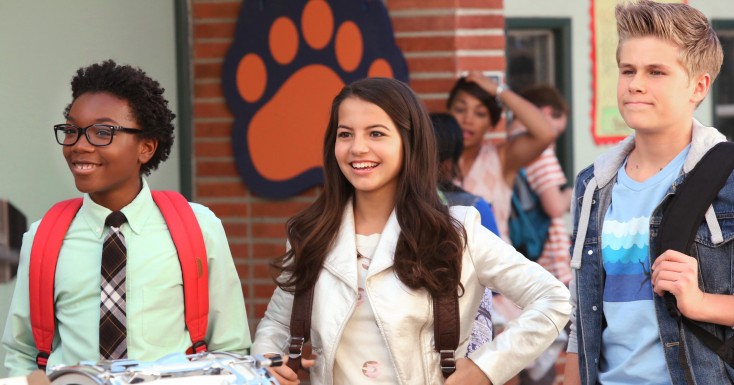 HOLLYWOOD-Nickelodeon recently held a special set visit for its newest teen show, “100 Things To Do Before High School.” The show premieres Saturday, June 6. As 8th grade promotion approaches, CJ Martin (Isabela Martin) wants to do as much as she can before heading to high school. Helping her take advantage of the short period before heading to high school are her two best friends Fenwick (Jaheem Toombs) and Crispo (Owen Joyner). As the three best friends complete as many things they need to do, laughter and mayhem ensues.

Front Row Features on-camera correspondent spoke to Isabela, Jaheem and Crispo about their characters on the set of the show. Check out the interview clips below:

Owen Joyner reveals what his character Crispo is all about

Jaheem Toombs expounds on the smartness his character Fenwick exudes

The show debuts on Nickelodeon on June 6,and  airs every Saturday thereafter.