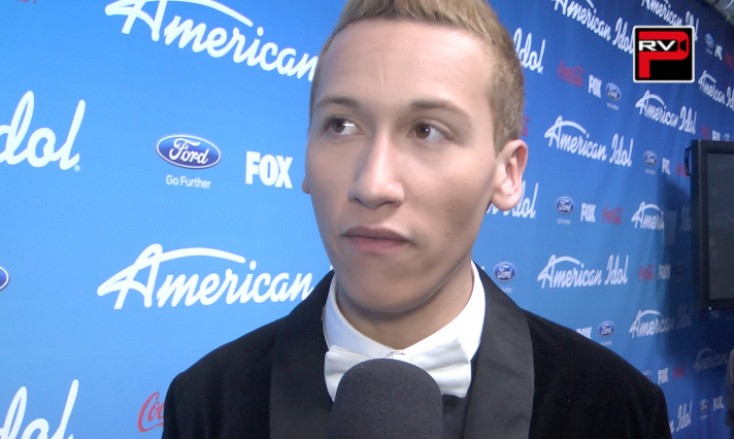 Hollywood – It was a harsh night for the remaining three male contestants on “American Idol” as Nicki Minaj ripped their performance apart. Burnel Taylor, Lazaro Arbos and Devin Velez sang The Four Tops’ “Sugar Pie Honey Bunch.” Unfortunately, the performance was not sweet as sugar as Lazaro Arbos forget the words and pitch problems abound. Minaj said the trio performed like it was Hollywood Week and then told the boys to get off the stage.

Backstage in the press tent, Devin Velez defended the overall performance especially his portion of the trio’s performance. Velez says the voting is all on America and not Nicki Minaj. We’ll have to see if America agrees with Nicki and saves any of the boys from elimination.