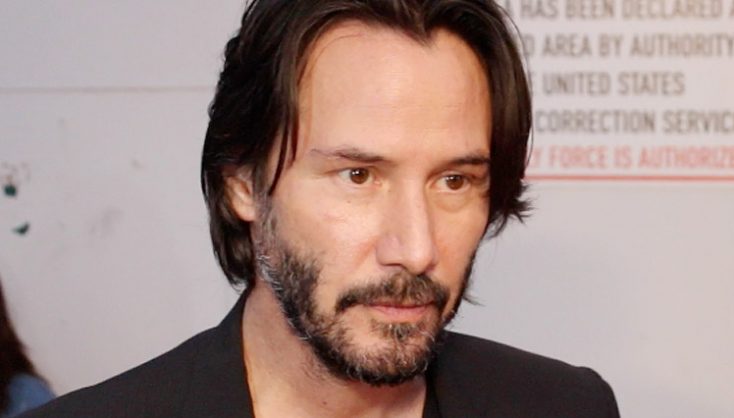 By PETERSON GONZAGA and TIGER SHEU

HOLLYWOOD—On the streets of the Arts District of downtown Los Angeles, the media and fans waited anxiously for Keanu Reeves to arrive for the premiere of his new film, “The Bad Batch.” Directed by Ana Lily Amirpour and also starring Jason Mamoa and Suki Waterhouse, the film follows Arlen (Waterhouse), who is captured by group of cannibals led by the Miami Man (Mamoa). While trying to escape the cannibals, she finds her way to The Dream (Reeves).

At the red carpet premiere, Reeves explains that the film is not just about cannibals, it’s a got a little bit of romance and a love story. Asked what’s next for him, the “Matrix” star says that he’s currently unemployed and offers no hints of a third installment of “John Wick.”

Q: Tell us how did you get involved with the movie?

Reeves: I’ve seen a film by Ana Lily Amirpour called “The Girl Walks Home Alone at Night,” and I was contacted by her to see if I was interested in the film that she was writing and directing. She offered a great opportunity and a great story. I got to play something that was fun. The character named “The Dream,” the leader of this town called Comfort. It’s kind of a rock ‘n’ roll movie. There are cannibals. It’s a love story. It’s romantic; a lot of tension. It’s beautifully shot and (has) some unique characters. For me, it was a unique opportunity to play.

Q: Any other upcoming projects for you? Possibly a “John Wick 3?”

Reeves: I have no idea. I’m unemployed. I’m looking for work.