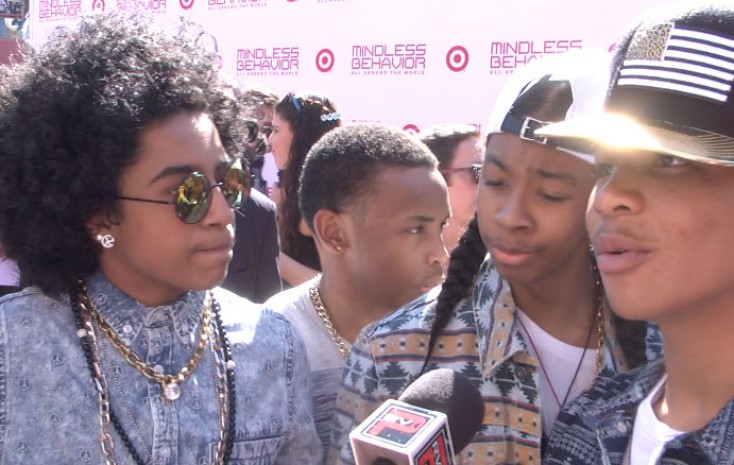 Hollywood – Hundreds of girls could not contain their excitement as teen music act Mindless Behavior arrived at the Universal City Walk for the premiere of their film “Mindless Behavior: All Around The World” along with the celebration of the release of their album by the same name. Young celebrities from YouTube and Hollywood came out for the celebration. The quartet featuring teen sensations Prodigy, Roc Royal, Ray Ray and Princeton have recently toured with the likes of Janet Jackson, Backstreet Boys and Justin Bieber and is currently in the midst of their own 25-city headlining tour.

Following up on their debut album “#1 Girl” that topped the chart at No. 2 on the Billboard R&B/Hip-Hop Albums chart and sold over 290,000 copies, 5.5 million ringtones, and over 845,000 singles, their sophomore album “All Around the World” features the single “Keep Her On The Low,” just released on March 12 with a special exclusive deluxe album containing four bonus tracks- available only at Target and Target.com

Front Row Features correspondent Chris Trondsen spoke to Mindless Behavior about the excitement of their premiere and what they like about girls. The film opens nationwide at various AMC Theaters March 15, 2013.