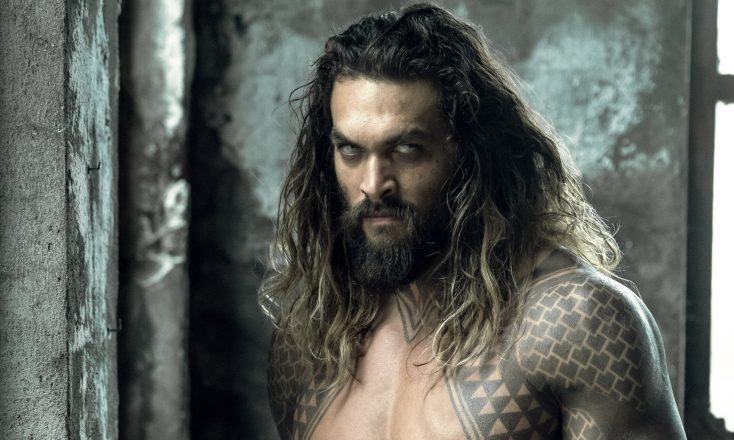 Even drafting Marvel MVP Joss Whedon to co-write the screenplay and offer an uncredited directing assist to Zack Snyder isn’t enough to keep this dismally uninteresting bore from being another DC Comics strikeout. “Justice League” is nearly as bad as Snyder’s unwatchable 2016 “Batman v Superman: Dawn of Justice,” and for many of the same reasons: The movie is almost monochromatically dark and ugly, none of the performances seem emotionally sincere, and the perfunctory by-the-numbers battle scenes are deafeningly incomprehensible.

Everything that Whedon’s two “Avengers” outings (and most other Marvel superhero flicks) consistently deliver—likeable-character camaraderie, meaningful emotional beats and mostly the sense of enjoyably adventurous comic-book fun—is off the roster here.

Instead, “Justice League” plays like an oppressive dirge, taking place in a grimly gray world still mourning Superman’s “Batman v Superman” passing with black banners on bridges and such. Batman (a barely going-through-the-motions Ben Affleck) is interrupted in the act of apprehending a rooftop burglar by a Parademon (think mechanical flying corpse).  He quickly dispatches this CGI antagonist and swings away, puzzlingly leaving the burglar with his sack of loot and no punishment, as if the thief is on the UCLA basketball team or something.

In a wholly superfluous action scene that appears to have been added to the movie just to give Wonder Woman more upfront screen time, the alluring Amazon foils a terrorist takeover in London with her bullet-deflecting bracelets. Blankly wide-eyed Gal Gadot, still as lovely, lithe and lifeless as an exotic mannequin, reprises her role as the sword-wielding Zsa Zsa soundalike from this year’s most overrated movie. (Trigger warning side note: Brett Ratner’s RatPac Entertainment, which helped fund “Wonder Woman” but reportedly has been barred from involvement with its sequel due to sexual harassment allegations against Ratner, is one of the production companies credited on “Justice League.”)

The actual plot kicks in on the hidden island home of Wonder Woman’s fellow Amazons, where the otherworldly “new god” giant Steppenwolf (voiced by Ciarán Hinds) unleashes dozens of other Parademons to help him steal one of three mystical power-cubes called Mother Boxes. In a backstory almost litigiously similar to that of “Lord of the Rings,” the three Mother Boxes played a part in an ages-earlier world-domination attempt by Steppenwolf that was thwarted by the joined forces of Atlanteans, Amazons and men, who then decided that the boxes must be kept separated because of their combined doomsday-potential danger.

Steppenwolf gets the box, and the surviving Amazons notify Wonder Woman (who is now in Paris and toiling in her Louvre-employee day job as Diana Prince) about what’s up. Batman and Wonder Woman go about getting a team of heroes together to combat the potentially world-ending threat, yet they never bother informing anyone in any position of authority about it. Because, you know, who needs armies of thousands or weapons of mass destruction or scientists who might want to get involved and help out. It’s only the future of all life on Earth that’s at stake, after all, and a mere half-dozen costumed do-gooders can probably handle it.

Jason Momoa’s Aquaman is a hard-drinking tattooed bro who seems to be propelled by jets of flatulence bubbles as he zooms around underwater. Ezra Miller’s Flash constantly dispenses aggravatingly unamusing sitcom-manchild quips. Ray Fisher’s half-mechanical Cyborg is broodingly miserable. And Henry Cavill’s Superman (what, you thought he would stay dead?) still looks too waxy, sort of nasty and vaguely sleazy in his strangely textured suit to be a good fit as a wholesomely optimistic man of steel.

Go-to superhero-flick composer Danny Elfman’s bombastically generic score is oppressively omnipresent yet never achieves any emotional impact, even in scenes that should have been easy tearjerkers, fearjerkers or stand-up-and-cheer jerkers.

The weak plot is hindered by little annoyances like a scene in which Batman alter-ego Bruce Wayne shows up with a full beard in a far-north fishing village, where he hopes to recruit Aquaman. Does this mean he took a few weeks off from crimefighting before the trip, or was Gotham City treated to the sight of a Batman with facial hair until Bruce got out his razor again? There’s also way too much focus on a besieged Russian family that lives near Steppenwolf’s evil lair, which is located under a dome that resembles an electric-blue mammogram. A reference to Wonder Woman’s World War I traveling companion Steve Trevor, and the fact that Wonder Woman disappeared from public view for most of the century afterward, doesn’t address why she was out of sight for so long. A Flash and Cyborg grave-robbing scene, complete with clumsy bonding dialog and attempted fist-bumps, is painfully dumb. And the way the heroes occasionally address each other by their secret identity names means that more than a few bystanders can’t help hearing who Clark Kent and Bruce Wayne dress up as when they want to punch people.

As Wayne’s faithful butler Alfred, Jeremy Irons makes a meta-reference to the days of “exploding wind-up penguins” before commenting, “I don’t recognize this world.” Unfortunately for viewers who are weary of dreary DC Comics movies like this one, “Justice League” will be all too familiar.