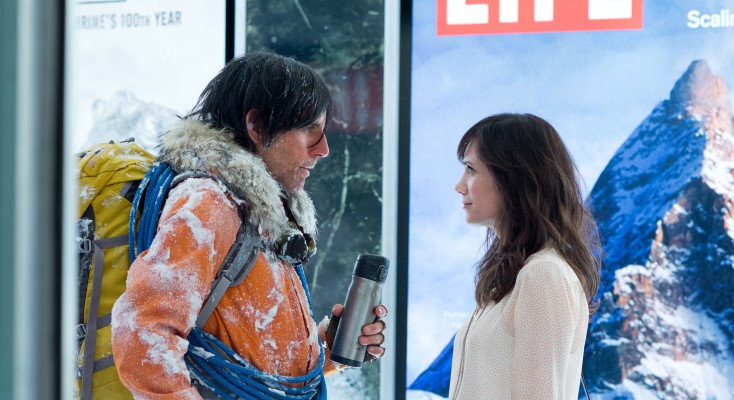 Here’s the secret that apparently eluded the makers of “The Secret Life of Walter Mitty”: Eliminating the elaborate CGI fantasies that serve as its main advertising draw actually would have improved the movie. This well photographed but frustrating misfire still would have been one of the year’s biggest duds, but at least the producers could have saved a few bucks on the budget.

Director Ben Stiller stars as the low-key to the point of lifeless Walter Mitty. Aside from his name, the only thing the character has in common with the one from James Thurber’s original short story is a tendency to daydream. Those colorful asides made the story a still-waters-run-deep parable about the vitality of a conventional man’s imagination. But the amped-up fantasies here only distract from a movie plot that substitutes an elaborate actual quest for an eventless quotidian afternoon.

In the insultingly contrived and annoyingly predictable screenplay, Walter works in the photo department of Life magazine, which is about to publish its final print issue. He pines for single-mom coworker Cheryl Melhoff (the not quite convincing Kristen Wiig), and he has lost a crucial film negative from star photographer Sean O’Connell (a suitably inscrutable Sean Penn). Although finding said negative literally takes Walter around the world, its location is so obvious from the outset that the big reveal is a complete letdown.

The movie’s Walter daydreams about saving Cheryl from an exploding building and a superhero-level fight with his cluelessly corporate new boss that ends in asphalt-shredding street surfing. Also, the movie version of Walter is a former skateboard champion, a new detail that’s so ridiculously wrongheaded it’s positively shameful.

What’s even more misguided is that the movie’s Walter ends up going on enough real-world foreign adventures that he finally is able to fill the travel journal he received as a teenager. But as soon as that Walter impulsively boards a jet to Greenland, he effectively stops being Thurber’s “all-in-his-mind” character. The studio may as well have scrapped the title and changed the guy’s name.

Also, the movie includes enough annoyingly repetitive mentions of the eHarmony dating service and Papa John’s Pizza that it could run as an infomercial after it leaves theaters, which shouldn’t take long.