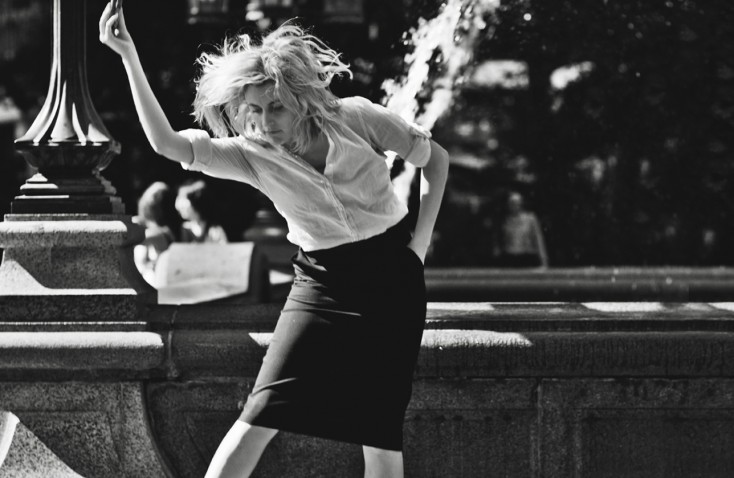 Greta Gerwig is irresistible as the sweetly sincere and endearingly pathetic title character of this thoroughly charming comedy from director Noah Baumbach (“Margot at the Wedding,” “Greenberg,” “The Squid and the Whale”). It’s an offbeat new-economy romance in which being overqualified and underemployed is taken for granted, money’s too tight to mention and staying optimistic about a dream is irrational but essential.

Aspiring 27-year-old choreographer Frances is barely scraping by as an unappreciated apprentice at a New York dance studio. She’s Brooklyn roommates with bestie-since-college Sophie (Mickey Sumner) in a relationship they compare to “an old lesbian couple that doesn’t have sex anymore.” Seemingly inseparable, they play-fight like kids in the park and freely compare notes on their boyfriends’ sexual proclivities.

The two attractive opposites—Frances rounded and pleasantly rumpled, Sophie angular and more reserved—have an awkward parting of the ways when Sophie announces she will be moving to an expensive Tribeca apartment that Frances can’t afford. Frances also resents Sophie’s well-to-do boyfriend, a Goldman employee even Sophie mocks for being the type who wears distressed baseball caps and uses the term “take a leak.” Having just broken up with her own beau after refusing to shack up with him because she wanted to stay with Sophie, Frances feels hurt and betrayed that Sophie could abandon her so easily.

Frances moves in with a “rich kid” fedora-wearing hipster and an aspiring writer who’s hoping to land a “Saturday Night Live” staff gig while polishing his spec screenplay for “Gremlins 3.” As her hours at work are cut and her personal life deteriorates, Frances holds out hope that Sophie will come to her senses by returning, and all will be right with the world.

Gerwig, who shined in last year’s “Damsels in Distress,” is award-worthy wonderful as the adrift but undefeated Frances. The effortlessly lovable character is a vulnerable work in progress who admits, “I’m so embarrassed. I’m not a real person yet.” Her perfectly reasonable response to someone who says she should take her time is, “I will. I can’t help it.” And in a moment of unembarrassed candor about her reduced station in life compared to friends who are better off, she asks, “Do you know that I’m actually poor?”

Sumner, in her first feature role, perfectly captures the more mature Sophie’s real-world-adjusted sense of resignation. She’s also good at deadpan comedy, such as when she notes that Frances’ new apartment “is very aware of itself.” When she starts a blog that Frances says looks happy, Sophie points out that “mom wouldn’t read it if it were about depression” (to which Frances replies “mine would”).

Make no mistake, this definitely is one of those critics’-darling no-budget indies that will be a hard sell to audiences craving superhero spectacle, videogame-level violence or “Great Gatsby” grandiose garishness. The closest thing it has to an action scene is when Frances takes a joyously pointless run through city streets accompanied by David Bowie’s “Modern Love.” The movie even is shot in blithely uncommercial black and white, with characters sometimes reduced to near silhouettes when they appear in brightly lit rooms.

“I like things that look like mistakes,” Frances says at one point, and she may just have a point. If this movie were slicker and more conventional, it wouldn’t seem as genuine and believably human. The smart screenplay (by Gerwig and Baumbach) and enjoyable performances here are memorable and real enough to make this miniature marvel one of the best movies of an otherwise artificially overstimulated summer.