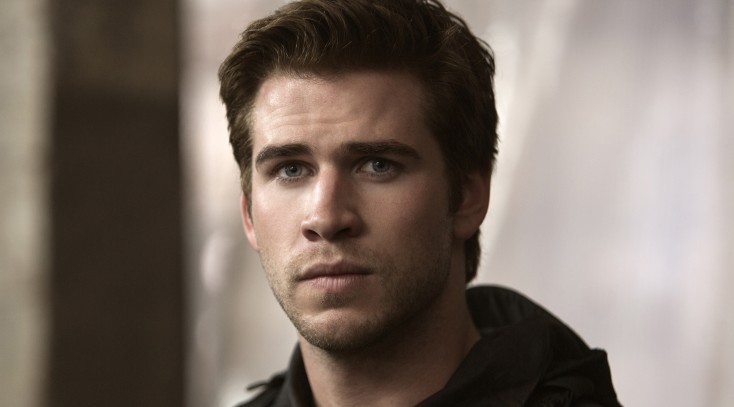 Following the recent trend of milking maximum moolah from audiences by splitting book adaptations into two (“Harry Potter and the Deathly Hallows,” “The Twilight Saga: Breaking Dawn”) or even three (“The Hobbit”) movies, Lionsgate is dishing out the final course of its fight-the-power fantasy franchise as this month’s “The Hunger Games: Mockingjay Part 1” and next year’s part 2.

The good news is that the studio’s relatively speedy one-per-year servings makes the gaps between them easier to bear than the eons that seem to pass between James Bond flicks, not to mention the endless wait for future outings of “The Avengers” and “Avatar.” The bad news is that while this first half of “Mockingjay” may work better as part of a four-film marathon after the series is complete, it’s miserably dark on its own, with its weepy heroine acting either hopelessly haunted or hyper hysterical for nearly the entire movie. That means there’s not much to really savor in this grim meal, and you can forget about dessert.

Extracted from the high-tech battle dome she destroyed with a single arrow in “The Hunger Games: Catching Fire,” Katniss Everdeen (Jennifer Lawrence) awakens in the care of District 13 rebels who are underground in both senses of the term. They want her to be a living symbol of defiance who can unite all of the oppressed districts to rise up and overthrow The Capitol’s relentlessly ruthless President Snow (Donald Sutherland). Katniss agrees to take on the role only if rescuing her is-he-or-isn’t-he boyfriend Peeta Mellark (Josh Hutcherson) from Snow’s evil clutches is part of the deal. Shell-shocked Finnick Odair (Sam Claflin), another survivor of the previous movie’s game, is more bitterly resigned to the fate of their left-behind former allies. “I wish they were all dead,” he notes, “and we were, too.”[private]

Complicating things for Katniss emotionally is the fact that her hometown honey Gale Hawthorne (Liam Hemsworth) is part of her valiant District 13 team, while Peeta is resented by the resistance for making (possibly coerced) televised pleas from The Capitol for the rebels to lay down their arms.

What gives this franchise a little more weight than most young-adult adventures is its surprisingly sophisticated sense of cynicism. Just as she gamed her first Hunger Games by shamelessly playing the love card to save both herself and Peeta in what was supposed to be a one-winner competition, Katniss knowingly and willingly allows herself to be exploited here as a reality-show-style “best dressed rebel in history.” In one of his final roles, the always enjoyable Philip Seymour Hoffman returns as former gamemaker Plutarch Heavensbee, who is unembarrassedly upfront about getting Katniss to make what he comes right out and calls propaganda (or the friendlier-sounding “propos”) for the cause.

Also, what the hospital-bombingly hateful President Snow appreciatively acknowledges as the war’s “moves and countermoves” involves enough bullets to the backs of heads, fields of firebombed corpses and savagely violent throat-throttling that younger viewers might exit theaters wondering, “Why so serious?” Just about the only moments in the movie that aren’t depressing, disturbing or devoted to mass destruction come from Katniss’ former mentor Haymitch Abernathy (Woody Harrelson), who has dried out but grumbles about wanting to relapse, and her former escort Effie Trinket (Elizabeth Banks), who is having a hard time adjusting to unglamurous District 13 deprivation. Upon meeting that district’s sternly no-nonsense President Coin (Julianne Moore), Effie tartly observes, “You know what could use a revolution? That hair.”

Two slight plot problems involve technology-related issues. Because the previous movie established that The Capitol is capable of creating actual something-from-nothing physical creatures (a la “Star Trek”‘s holodeck), why wouldn’t the bad guys produce a computer-generated Katniss to say whatever they wanted her to say on TV, in order to discredit her and quell the rebellion? Also, what kind of self-respecting totalitarian regime wouldn’t put at least a five-second delay on live broadcasts during an uprising?

Still, it’s hard these days not to appreciate the almost subversively unsubtle tone of a movie whose heroine angrily proclaims, “If you think The Capitol will ever treat us fairly, then you’re lying to yourselves!”

Although “Mockingjay Part 1” comes uncomfortably close to being the “Matrix Revolutions” of the “Hunger Games” franchise, with Katniss and company spending too much time besieged and bombarded in a drably dismal underground hideout with a bunch of faceless drones, it supplies the ingredients for what should be a more flavorful finale.