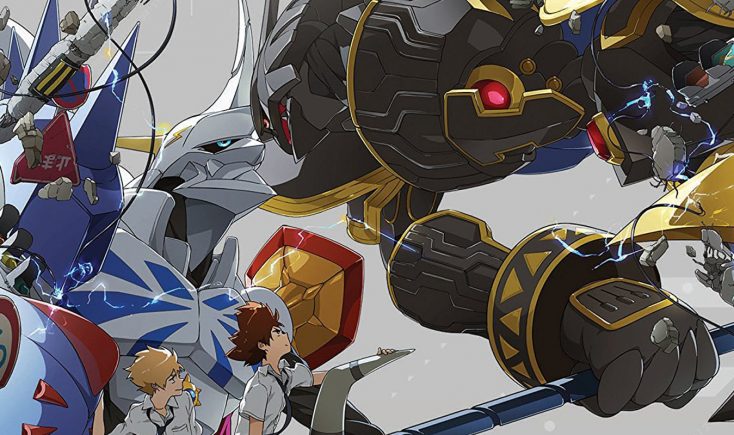 When a group of lethal mercenaries steal a hi-tech weapon that poses a global threat, the world needs superspy Xander Cage (Vin Diesel).  Recruited back into action, Xander leads a team of death-defying adrenaline junkies on a mission to kick some ass, save the day, and look dope while doing it.  Packed with some of the most mind-blowing stunts ever caught on film, “xXx: Return of Xander Cage” features a stellar international cast including Donnie Yen (“Rogue One: A Star Wars Story”), Deepika Padukone, Kris Wu, Ruby Rose (“John Wick: Chapter 2”), Tony Jaa (“Furious 7”), Nina Dobrev (“The Vampire Diaries”) and Samuel L. Jackson (“Kong: Skull Island”).

Monster battles and classic adventures of Digimon have captured a special place in the hearts of millions of fans and continues to stand as a n enduring global pop culture phenomenon since it premiered in the 1990s. On Tuesday May 16, Shout! Factory, in collaboration with Toei Animation, is proud to present the new anime feature “Digimon Adventure Tri. —Reunion,” on DVD. Produced by Toei Animation, the animated adventure is the first feature-length release since 2000.

The animated feature reunites the characters and original cast form the classic series and picks up where the beloved 2002 “Digimon Adventure” series ended. It’s been six years since the summer adventure when Tai, no in high school, and the rest of the “DigiDestined” crossed over to the Digital World, and nearly three years since the frenzied final battles between warring factions. With the gate to the Digital World closed, time continues to pass, until the adventure “digi-evolves” once again. Extras include new interviews with the director and members of the English voice cast as well as an inside look at the Los Angeles movie premiere.

Each edition of “Digimon Adventure Tri. — Reunion” DVD and Blu-ray Combo Pack includes the movie, with an English voice cast as well as the original Japanese audio with English subtitles, as well as insightful bonus content.

The Blu-ray Combo Pack includes the Blu-ray, DVD and Digital HD versions. It is available for a suggested retail price (SRP) of $24.97. The DVD has an SRP of $14.97.

The three-part travel docuseries “Martin Clunes’ Islands of Australia” debuts on DVD on Tuesday May 16, from Athena, an RLJ Entertainment brand. In this beautifully shot new documentary, British actor Martin Clunes (“Doc Martin”) is on a quest to discover the islands Down Under. With more than 8,000 to choose from, Clunes—an avid nature and animal lover—selects 16 of the best to explore in this fun adventure series. Along the way, he learns about the diversity, history and challenges of island life on these Australian islands.

When the series premiered in Australia, it was the most-watched show in its time slot. The DVD is available for an SRP $34.99. Martin Clunes: Islands of Australia” premiered in the U.S. in March on Acorn TV, the premier North American streaming service for world-class television from Britain and beyond.

Beginning in the iconic city of Sydney, Clunes also travels to Norfolk Island, with its brutal convict past; to the Tiwi Islands, where he visits with Aborigines; and to the magical Muirons, where he swims with the biggest fish in the ocean. He ventures to the mysterious island of Carnac, home to hundreds of highly venomous snakes, and to Maria Island, where he learns about scientists’ efforts to save Tasmanian devils from extinction.

Clunes remains one of the most popular actors on Acorn TV. The service features several of his series including “Men Behaving Badly”, “Reggie Perrin,” “William & Mary” and “The Man Who Lost His Head,” as well as his other documentaries: “Islands of Britain,” “Man and Beast,” “Horsepower,” and “Wild Life.” The ever-popular “Doc Martin: Series 8” is set to premiere this Fall on Acorn TV.