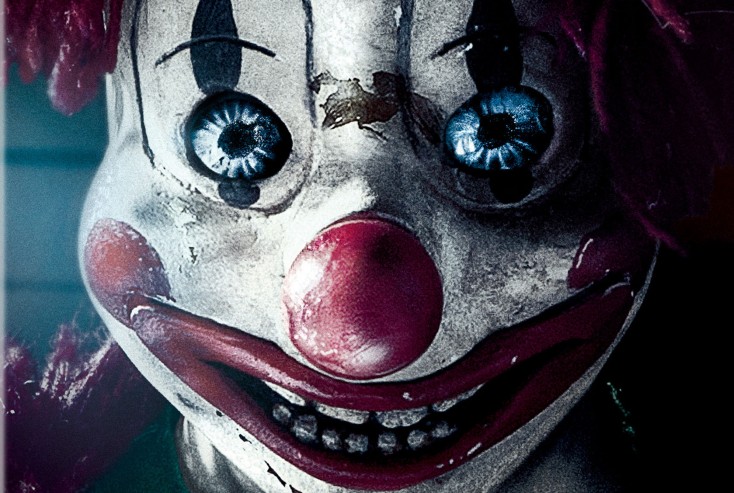 One of the most talked about new TV comedies is available Tuesday, Sept. 29 on DVD. ABC’s “Fresh Off The Boat: The Complete First Season” stars Hudson Yang, Randall Park and Constance Wu, as a Chinese-American family living in 1990s America. Twelve-year old hip-hop enthusiast Eddie Huang (Yang) and his family make their way from Washington, D.C.’s Chinatown to Orlando where his dad, Louis (Park) tries to make his new steakhouse a success. His mom, Jessica (Wu) aims to understand the culture clash and conquer suburbia. While his brothers fit right in, Eddie has a tougher time adjusting to his mostly white school. Bullies on the bus may get him down, but Eddie can bust a move and wield a fajita like nobody’s business. Go behind the scenes of this breakout sitcom inspired by renowned Chef Eddie Huang’s bestselling memoir. All 14 episodes are included in this two-disc collection as is a “Fresh Facts” trivia track and a gag reel.

The provocative Australian miniseries “The Slap” makes its DVD debut Tuesday, Sept. 29. Based on the award-winning novel by author Christos Tsiokas, the miniseries stars Essie Davis (“Miss Fisher’s Murder Mysteries”), Oscar nominee Sophie Okonedo (“Hotel Rwanda”) and Golden Globe nominee Melissa George (“In Treatment”). At a family barbeque in suburban Melbourne, a man slaps another guest’s unruly and disobedient child. Tensions run high in the family when the boy’s mother presses assault charges. This drama looks at the consequences of one moment from eight viewpoints. Lies, secrets and adultery come to light, and relationships are torn apart.

This critically acclaimed 2011 miniseries won the Australian Film Institute’s AACTA Awards for best miniseries, screenplay, direction, lead actor and supporting actress. The three-disc set features eight episodes plus bonus deleted scenes and a “making-of” featurette. It is available for $39.99 on AcornOnline.com. The Aussie miniseries also is available to watch anytime on Acorn TV, the British TV streaming service in North America at www.Acorn.TV.

Based on novelist Alan Hunter’s decades-long series of detective novels, “George Gently: Series 7” debuts on DVD and Blu-ray on September 29, 2015 from Acorn. Tony nominee Martin Shaw (“Death in Holy Orders”) returns as Inspector George Gently in these feature-length mysteries set in the North East of England during the social upheaval of the 1960s. As the 1960s draw to a close and a new era beckons, the veteran sleuth feels more and more estranged and ill-equipped to cope. But for Gently and his fellow officers, one thing remains constant in their northeast England beat—violent crime.

These episodes follow Gently and his partner (Lee Ingleby, “Place of Execution”) as they solve four grisly murders. Series seven made its U.S. premiere in August on Acorn.TV, a streaming service for British and other international programs, and, earlier this year, BBC One premiered Series 7 in the U.K., averaging seven million viewers. The 4-disc DVD set and two-disc Blu-ray set each feature four mysteries plus bonus interviews with Martin Shaw and guest actors Jim Moir and Leslie Nicol ($59.99, AcornOnline.com).

In four feature-length episodes (Gently with the Women, Breathe in the Air, Gently Among Friends and Son of a Gun), Gently is assisted in his crime-fighting duties by Det. Sgt. John Bacchus (Lee Ingleby), who is up for promotion to inspector, and Constable Rachel Coles (Lisa McGrillis), who is preparing to take her sergeants exam.

While Gently and Bacchus collaborate as usual in their investigations, both are harboring secrets from each other that threaten to bring their professional careers to an end. This four-disc set includes bonus interviews with star Martin Shaw and guest actors from the seventh season Jim Moir and Leslie Nicol.

Multi-award winner Brenda Blethyn plays the maverick but brilliant Detective Chief Inspector Vera Stanhope. From the streets of Newcastle to remote rural Northumberland, Stanhope tackles cases as diverse and wild as their settings: a deadly blaze at a vacation park on the windswept North Sea coast, the 30-year-old disappearance of a schoolgirl from a mining town, a corpse decomposing in a farm’s slurry tank, and the suspicious death of a family man in a multistory parking lot.

Det. Sergeant Healy (Doughty) is still recovering from an on-the-job trauma, but Vera shows little patience for his psychological scars. If their partnership is to work, Healy will quickly have to get accustomed to the sometimes unconventional methods his boss employs to unearth the truth, crack a case and catch a killer.

“Poltergeist: Extended Cut” is available on DVD, a Blu-ray 3D/Blu-ray combo and a Blu-ray/Digital HD combo Tuesday, Sept. 29. The PG-rated horror remake from Fox 2000 Pictures and Metro-Goldwyn-Mayer Pictures is produced by filmmaker Sam Raimi (“Spider-Man,” “Evil Dead,” “The Grudge”) and directed by Gil Kenan (“Monster House”). It contemporizes the 1982 classic about a family whose suburban home is haunted by evil forces. When terrifying apparitions escalate their attacks and hold the youngest daughter captive, the family must come together to rescue her before she disappears forever. Kenan directs from a screenplay by Pulitzer Prize-winning writer David Lindsay-Abaire. The horror remake is produced by Raimi and Rob Tapert (“Evil Dead”) via Ghost House Pictures, along with Roy Lee (“The Departed”).

Miranda (Pike) is a dedicated nurse, an exquisite cake maker and an impeccable friend. But when she agrees to a blind date and the wrong man comes to her door, her perfect world is shattered by a brutal assault. Even after her attacker, William (Fernandez), is convicted and locked away for the crime, Miranda can’t overcome the fear and trauma enough to put her life back together. Desperate for closure, she reaches out to William—first through letters and then prison visits—and slowly establishes what he believes to be a friendship. But when William is paroled and comes looking for her, Miranda seizes the opportunity to exact revenge.

A corrupt small-town sheriff is on the hunt for two runaway kids who took his car on a joy ride in “Cop Car,” an unnervingly funny thriller debuting on Blu-ray and DVD on Sept. 29, 2015, from Universal Pictures Home Entertainment. Directed by Jon Watts (the upcoming untitled “Spiderman” reboot), the film stars Kevin Bacon (“The Following,” “Footloose”). It already is available on Digital HD and On Demand.

When a pair of 10-year-old boys (James Freedson-Jackson, Hays Wellford) find an abandoned cop car in a field and take it for a joyride, it seems like they could kill themselves at any moment. But things only get worse when the small-town sheriff goes looking for his missing car—and the illicit cargo he left in the trunk—and the pint-size thieves find themselves at the center of a deadly game of cat and mouse they don’t understand. The only way out is to go as fast as their cop car can take them. The bonus feature on the Blu-ray is the featurette entitled “Their First and Last Ride: The Making of ‘Cop Car.’”