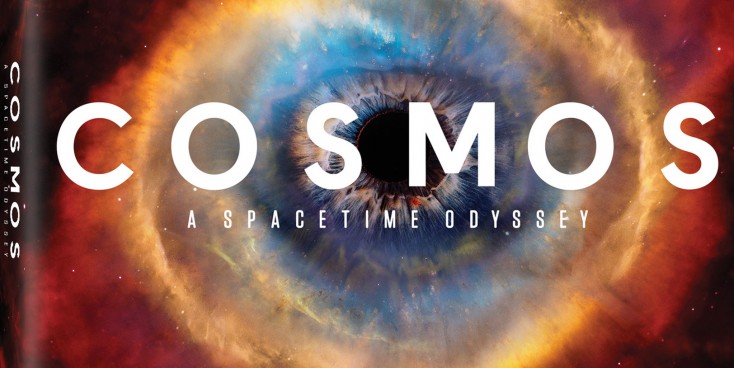 Thinking about what to get dad for Father’s Day but just don’t know. Here are some suggestions:

The 13-part Fox science series “Cosmos: A Spacetime Odyssey,” the acclaimed follow up to Carl Sagan’s groundbreaking 1980 TV series about the universe, is available Tuesday, June 10 on DVD and Blu-ray. Debuting just two days after the final episode aired, fans can re-watch this legendary story 13.8 billion years in the making, just in time for Father’s Day in spectacular high-definition.

Hosted by renowned astrophysicist Dr. Neil deGrasse Tyson and executive produced by Ann Druyan (who co-wrote the original series as well with her husband Sagan), Seth MacFarlane, Mitchell Cannold and Brannon Braga, “Cosmos: A Spacetime Odyssey” explores the remarkable mysterious of the cosmos and our place within it.

The series transports viewers across the universe of space and time, bringing to life never-before-told stories of the heroic quest for knowledge and a deeper understanding of nature. With an updated Cosmic Calendar, dazzling visual effects, inspired animation, a beautiful score composed by Alan Silvestri, and the wondrous Ship of the Imagination, viewers experience an unforgettable journey to new worlds and across the universe for a vision of the cosmos on the grandest and smallest scales.

Extras on the Blu-ray include a stunning five-part documentary on the making of this critically acclaimed series. Viewers also can discover what connects us all and see the past, present and future of our galaxy with the interactive Cosmic Calendar.

If you missed the supernatural ABC TV series “Resurrection,” now’s your chance to get the complete first season on DVD, starting Tuesday, June 10. Omar Epps (of “House” fame), Samaire Armstrong, and Landon Giminez lead an outstanding case. Set in Missouri (the Show Me state), the show centers on the small town of Arcadia, where residents lives are suddenly changed when their deceased loved ones miraculously return, causing them to confront the emotional depth of their relationship and what it means to be given a second chance.

The series is based on the Jason Mott book “The Returned.” “Resurrection” has been renewed for a second season and will begin airing this fall.

The DVD includes all eight episodes from the first season plus bonus material that include a making of featurette, with reflections by the cast who film the series in Georgia. A separate feature delves into the mystery of the series with cast members offering their theories as to what’s actually going on. There are also deleted scenes and bloopers as well.

On the lighter side, have a laugh with dad with “The Birdcage,” starring Robin Williams and Nathan Lane, which is coming out on Blu-ray Tuesday, June 10. Based on “La Cage aux Folles,” this Mike Nichols-directed comedy was released theatrically in 1996 to rave reviews. Williams delivers an unforgettable performance as Armand, a gay cabaret owner whose son is engaged to the daughter of a right-wing politician (Gene Hackman). It’s an outrageously fun culture clash as Armand and his drag-queen partner Albert (Lane) try to transform themselves into straight shooters at a family dinner party and pull the chiffon over the eyes of the uptight senator and his wife (Dianne Wiest).