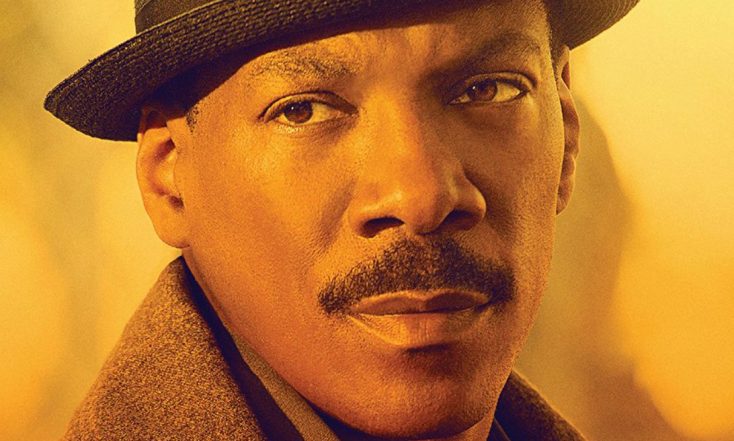 From director Renny Harlin (“Die Harder,” “Cliffhanger”), and written by Jay Longino and BenDavid Grabinkski, “Skiptrace” is a comedy about a pair of opposites who manage to nab their man despite their differences. The Blu-ray and DVD include a behind-the-scenes featurette and audio commentary with the Harlin, and is available for the suggested retail price of $24.99 and $19.98, respectively.

Two teens from very different worlds discover that they have a lot more in common than they ever imagined in the romantic drama “Be Somebody,” available Tuesday, Oct. 25 on DVD from Paramount Home Media Distribution.

Social media superstar Matthew Espinosa stars as teen pop star Jordan Jaye, who just wants to live like a regular teenager. When he is chased down by a gaggle of excited female fans, he finds a perfect hideout and a reluctant new friend in a small town high school art student named Emily Lowe (Sarah Jeffery, “Descendants”). Over the course of several days, the two embark on an unexpected journey of friendship, first love and self-discovery—proving that opposites attract.

Espinosa, who makes his feature film debut in “Be Somebody,” has more than 18 million followers on social media and more than a billion loops/views on Vine. “Be Somebody” also stars Tava Smiley (“General Hospital”), Caitlin Keats (“Kill Bill: Vol. 2”), LaMonica Garrett (“Sons of Anarchy”) and Allison Paige (“The Lizzie Bennet Diaries”).

The “Be Somebody” DVD includes the feature film in standard definition, as well as behind-the-scenes footage and a gag reel.

Academy Award nominee Eddie Murphy (“Dreamgirls”) and Britt Robertson (“Tomorrowland”) star in the heartwarming drama “Mr. Church,” arriving on Blu-ray (plus Digital HD) and DVD (plus Digital HD) Tuesday Oct. 25 from Codeblack Films and Lionsgate. The film also is available on Digital HD and On Demand.

“Mr. Church” tells the story of a unique friendship that develops when a little girl and her dying mother retain the services of a talented cook, Henry Joseph Church. What begins as a six-month arrangement instead spans 15 years, and creates a family bond that lasts forever. The drama also stars Xavier Samuel (“Love & Friendship”), Lucy Fry (“11.22.63”) and Natascha McElhone (“Californication”).

The “Mr. Church” home entertainment release bonus material includes interviews with the cast, a “Food on Film” featurette and a look at the true story the film is based on. The drama will be available on Blu-ray (plus Digital HD) and DVD (plus Digital) for $24.99 and $19.98, respectively.

Disney’s epic fairy tale “Beauty and the Beast” continues with the DVD release Tuesday Oct. 25 of “Beauty and the Beast The Enchanted Christmas,” just in time for the 25th anniversary of the original animated classic. “The Enchanted Christmas” tells a tale set within the story of the original feature, about Belle spreading Christmas cheer within the confines of Beast’s castle during her time there. The animated feature’s all-star voice cast features Robby Benson as Beast and Paige O’Hara as Belle, along with the castle’s enchanted staff including Jerry Orbach as Lumiere, David Ogden Stiers as Cogsworth, Angela Lansbury as Mrs. Potts, Haley Joel Osment as Chip, Bernadette Peters as Angelique and Tim Curry as a grumpy pipe organ who threatens to ruin the holiday festivities.

The three-disc DVD set includes all eight episodes plus the pilot movie as well as bonus behind-the-scenes featurettes. The series premiered in the U.S. in August on Acorn TV, the streaming service that shows British and other TV series and is the U.S. co-production partner for the pilot and the series.

In the feature-length pilot, “The Quiche of Death,” Raisin fulfills a lifelong dream of retiring to a small village. Desperate to fit in, she enters the local quiche-baking competition, only to find herself a suspect when her entry kills the judge. To save her reputation, Agatha sets out to solve the murder with the help of her former assistant Roy (Mathew Horne, “Gavin and Stacey”), eager Detective Constable Bill Wong (Matt McCooey) and her housekeeper Gemma (Katy Wix, “Torchwood”). Along the way, Agatha discovers that she has a talent for crime solving, even if it means her new life in the country is not the quiet idyll she had imagined. The pilot movie co-stars Jamie Glover (Waterloo Road”) and Hermione Norris (“Cold Feet’) and Robert Bathurst (“Downton Abbey”). In the eight-episode first season, Agatha finds her hopes of a quiet life dashed when more murders star occurring in her village. Drawn into their mysteries, Agatha attempts to solve the crimes, often in unorthodox ways.

In “Series 2: The Invisible Wound,” Janet, still reeling from a personal tragedy, and her team leave the courtroom to lead a Royal Commission into gun-related crimes. Recruiting some of her old team from the Department of public Prosecutions, Janet begins piecing together how illegal guns are entering the country. When the commission discovers evidence related to her murdered partner Ash, Janet comes closer to find the killer who tore her family apart. Uncovering the truth makes her and the high-profile commission a prime target for criminals and politicians alike. Full of twists and turns, “Janet King, Series 2” features eight episodes plus bonus behind-the-scenes featurettes and a photo gallery.

The second season debuted in the U.S. in August on Acorn TV, the streaming service for British and other television shows. A third season of “Janet King” already has been commissioned.

Before you see the new action thriller “Inferno” in theaters, Front Row Features wants to make sure you’re all caught up with symbologist Robert Langdon’s previous big-screen adventures. That’s why we’re giving away copies of the all-new “The Da Vinci Code” and “Angels & Demons” Blu-ray releases to three lucky readers. To enter the contest, simply email socalmovieeditor@aol.com by Tuesday Nov. 1 for your chance to win.

Front Row Features is giving away a Blu-ray edition of the horror flick, “The Ones Below” to one lucky reader. Send your name and email address to frontrowfeatures@gmail.com. A winner will be selected Tuesday, Nov. 1.

Front Row Features has a Blu-ray edition of “Steve Jobs: The Man in the Machine,” a remarkable documentary available for one lucky reader. Simply email us with your name and email address to frontrowfeatures@gmail.com. The winner will be selected Tuesday Nov. 1. Good luck!