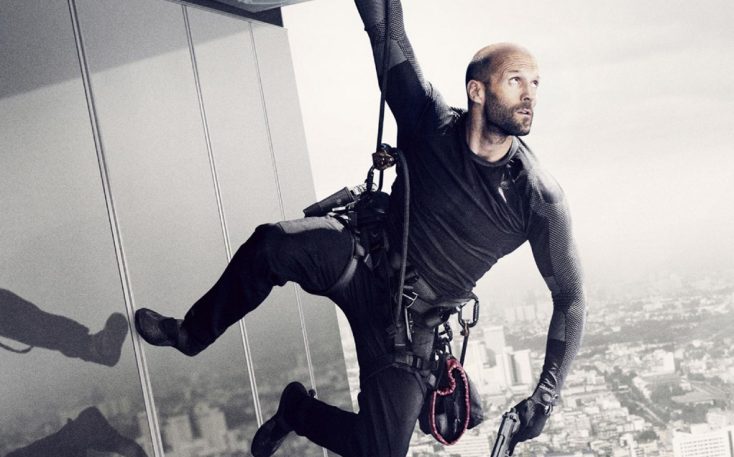 “Hands of Stone” will be available on Blu-ray and DVD Tuesday Nov. 22. The drama follows the life of Roberto Duran (Edgar Ramirez), the Panamanian boxer who made his professional debut in 1968 as a 16 year-old and retired in 2002 at the age of 50. In June 1980, Duran defeated Sugar Ray Leonard (played by musician/actor Usher Raymond) to capture the WBC welterweight title, but shocked the boxing world by returning to his corner in their November rematch, famously saying the words “no mas” (no more).

RLJ Entertainment is set to release the action-thriller “I.T.” on Blu-ray and DVD Tuesday Nov. 22.  Written by Dan Kay (“Pay the Ghost”) and William Wisher, Jr. (“Terminator 2: Judgment Day”) and directed by John Moore (“Max Payne”), the film stars Pierce Brosnan (“The November Man,” the James Bond franchise), Anna Friel (“Pushing Daisies”), Stephanie Scott (“Insidious: Chapter 3”), James Frecheville (“Animal Kingdom”) and Austin Swift (“Live by Night”).  The Blu-ray will be available for a suggested retail price (SRP) of $29.97 and on DVD for an SRP of $29.96.

Brosnan stars as Mike Regan, a successful, self-made man who has it all: a gorgeous wife, a beautiful teenage daughter and a sleek, state-of-the-art “smart home.”  But he soon finds himself in a deadly, high-stakes game of cat-and-mouse when his I.T. consultant (Frecheville) starts using his skills to stalk Mike’s daughter and endanger his family, his business and his life.  In a world where there is no privacy, and personal secrets can go viral by the click of a mouse, Mike needs to rely on his old connections to defeat a new kind of nemesis.

The “I.T.” Blu-ray and DVD take viewers behind the scenes with a making-of featurette. It also includes the theatrical trailer and a photo gallery.

The action-packed “Mechanic: Resurrection” will be available on 4K Ultra HD Combo Pack, Blu-ray Combo Pack (plus Digital HD), DVD (plus Digital), and On Demand Tuesday Nov. 22 from Lionsgate.

The home entertainment release of  “Mechanic: Resurrection,” the follow up to the 2011 hit starring Statham, includes five behind-the-scenes featurettes looking at the development of the sequel, scoring the film, a breakdown of the Malaysian prison break sequence, and in-depth interviews with Michelle Yeoh and Jason Statham. The Blu-ray disc of “Mechanic: Resurrection” will feature a Dolby Atmos soundtrack remixed specifically for the home theater environment to place and move audio anywhere in the room, including overhead. Mechanic: Resurrection will be available on 4K Ultra HD Combo Pack, Blu-ray Combo Pack, and DVD for $42.99, $39.99 and $29.95, respectively. It also is available on Digital HD.

A member of a popular New York City improv troupe catches their big break forcing the group to reevaluate their success and confront their fears in the comedy “Don’t Think Twice.”  The bittersweet behind-the-scenes look into the lives of six best friend comedians comes to Digital HD on Tuesday Nov. 22, and Blu-ray, DVD and On Demand on Dec. 6, from Universal Pictures Home Entertainment.  The Blu-ray and DVD are packed with never before seen deleted footage and exclusive behind the scenes featuring the cast and filmmakers discussing the creative process of bringing this film to life.

From Mike Birbiglia, the director of “Sleepwalk With Me,” comes this smart and hilarious comedy about the lives of professional funny people starring Keegan-Michael Key (“Key & Peele” ), Gillian Jacobs (“Girls”), Mike Birbiglia (“Sleepwalk with Me”), Kate Micucci (“The Big Bang Theory”), Chris Gethard (“Inside Amy Schumer”) and Tami Sagher (“Broad City”). For 11 years, the six-person comedy team known as The Commune has killed it onstage while waiting for their big break.  Suddenly, the team finds itself at a crossroads when one of the members becomes a solo success and the rest of the group realizes they may not make it big after all.

Herzog leads viewers on a journey through a series of provocative conversations that reveal the ways in which the online world has transformed how virtually everything in the real world works – from business to education, space travel to healthcare, and the very heart of how we conduct our personal relationships.

The documentary features interviews with famed Internet pioneers and visionaries including Bob Kahn (co-Inventor of Transmission Control Protocol and the Internet Protocol), Elon Musk (founder and CEO of SpaceX) and Kevin Mitnick (hacker, author and computer security consultant). An interview with Herzog and the theatrical trailer is included in the bonus features.

Regularly cited by critics, film directors and audiences alike as one of the greatest films of all time, “Taxi Driver” is back on Blu-ray as a 2-disc 40th anniversary edition release—and Front Row Features wants to give you a copy! Featuring the full 40-minute Q&A with Martin Scorsese, Robert De Niro, Jodie Foster and others reminiscing about the classic film at the 2016 Tribeca Film Festival, readers can email socalmovieeditor@aol.com by Nov. 22, 2016 for their chance to win. Two copies of the release will be given away.