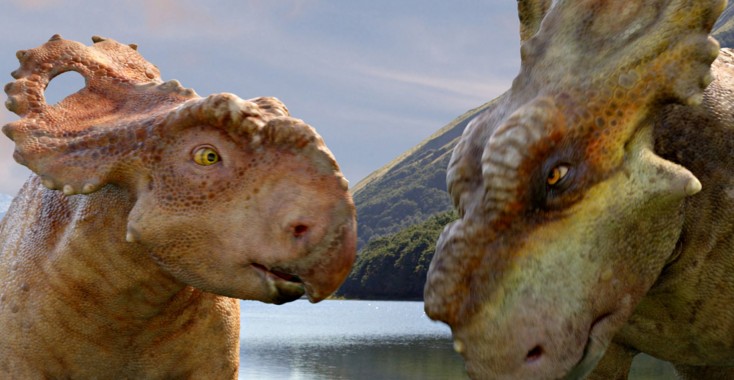 Get into the spirit of Spring with film and TV show releases now available for the first time on DVD and Blu-ray.

DreamWorks Animation’s “How to Train Your Dragon” is kicking off the Year of the Dragon with the DVD release Tuesday, March 25, of “Dragons: Defenders of Berk, Part 1.” The 10-episode animated TV series follows Hiccup and his fellow dragon trainers as they battle to protect their island home. Young Vikings put their dragon training skills to the test to defeat new enemies. The series features voice talent from the original 2010 hit feature film, including Jay Baruchel, America Ferrera and Christopher Mintz-Plasse, as well as new talent, such as Zack Pearlman, who voices Snotlout (previously voiced by Jonah Hill in the earlier movie).

The series, which premiered in 2012 on the Cartoon Network, introduces four all-new dragons. “Dragons: Defenders of Berk, Part 1” was the recipient of the 2013 Annie Award for Best Animated Television Production for Children. Along with the 10 episodes, the DVD comes with several bonus features the whole family can enjoy, including “Dragon Tracker Part 3,” “Evolution of the Screaming Death,” “Super Fly Dragon Mash-Up” and a sneak peek at the upcoming theatrical release of “How to Train Your Dragon 2,” scheduled to arrive in U.S. theaters June 13. The DVD comes with a Digital HD Ultraviolet that can be downloaded onto your TV, computer or handheld electronic devices such as a tablet or smart phone.

If you missed the 3D theatrical release of BBC Earth’s “Walking with Dinosaurs” in December, fear not because the acclaimed film is headed to home video with a Blu-Ray/DVD/Digital HD combo set to hit stores Tuesday, March 25.

Viewers of “Walking with Dinosaurs The Movie” can see and feel what it was like when these incredible prehistoric mammals ruled the Earth. It’s a thrilling, family-friendly adventure where Patchi (voiced by Justin Long), an underdog dinosaur triumphs against the odds to become a hero.

Directed by Barry Cook (“Mulan,” “Arthur Christmas”) and Neil Nightingale (“Meerkats: The Movie”), “Walking With Dinosaurs The Movie” features an all-star cast. In addition to Long, John Leguizamo, Karl Urban, Skyler Stone and Tiya Sircar lend their voice talents. Special features on the Blu-ray/DVD combo pack include an ultimate Dino Guide, “Walking with Dinosaurs” in high-definition, Match the Call game, an interactive map, trivia and more. It also comes with a Digital HD Ultraviolet version that can be downloaded onto your TV, computer or handheld electronic devices such as a tablet or smart phone.

Out on DVD is “Berry Big Help,” a trio of Strawberry Shortcake episodes. “Berry Big Help” presents Strawberry to the rescue in “Babysitter Blues” when the Princess asks her to look after a very special Baby Berrykin. In the second episode called “A Stitch in Time,” Orange and Lemon take on the role of Fashion Elves to help Strawberry achieve her fashion dream. And Orange adopts a small tadpole in “Fish Out of Water.” Special features include printable coloring pages and a Sunshine Girls music video.

In “Out of the Furnace,” Christian Bale and Casey Affleck play brothers struggling to survive in a dying Pennsylvania steel town, who face an even bigger threat when one of the siblings crosses a local crime boss (played by Woody Harrelson). Bale plays Russell Baze, a hardworking steelworker at the local mill. After an unfortunate deadly traffic accident, he winds up in prison.

His younger brother Rodney (Affleck) has returned home after serving four tours of duty in Iraq, but he can’t seem to adjust to civilian life, so he chooses to make ends meet by betting on the horses and competing in bare-knuckle fistfight competitions. That’s where he meets the vicious sociopath Harlan DeGroat (Harrelson), who doesn’t appreciate Rodney’s independent-minded ways. When Rodney mysteriously disappears, Russell descends into a corrupt and violent world seeking answers, and he’ll stop at nothing to bring his brother home.

The drama is available now on Blu-ray, which comes with an Ultraviolet HD version for digital download. There is a featurette on the actors discussing why they chose their profession, a conversation with co-writer/director Scott Cooper and more.

Oscar winner Geoffrey Rush (“Shine”) and newcomer Sophie Nelisse co-star in the World War II drama “The Book Thief,” in which he plays the German foster father to a little girl who is enamored with books and words. The drama is based on the Markus Zusak novel, which has been on the New York Times bestseller list for nearly seven years and translated into 30 languages.

Living in a tyrannical regime, where people can be arrested and hauled off for associating or even being suspected of consorting with Jewish people, the Hubermanns try to scrap by and keep a low profile during the war. But when a young man named Max (Ben Schnetzer) shows up on their doorstep one night seeking refuge, the family risks everything to hide him from the Nazis. It turns out that Hans (Rush) owes his life to the Max’s father so he feels both a moral and personal obligation to protect him.

The DVD and Blu-ray of “The Book Thief” include deleted scenes and the theatrical trailer. Additionally, the Blu-ray contains a featurette about the making of the movie. It also comes with a digital HD version, which can be downloaded onto tablets and smart phones.

“In the Name of the King: The Last Mission,” is the next chapter of the video game-inspired fantasy action adventure where Hazen Kaine (Dominic Purcell), an American hit man, skeptically enters into what he hopes is his final contract with corrupt European crime lords. He soon discovers he’s been tasked with an impossible assignment involving the countries’ royal family. That’s when his mission turns into an all-out struggle for survival that takes him back to medieval times. He must then evade a medieval army and reclaim a stolen kingdom. Available now on Blu-ray and DVD, it includes a making of the swashbuckling feature film.

Nominated for five Academy Awards, the classic historical epic “The Agony and the Ecstasy” is now available on Blu-ray for the first time ever. The 20th Century Fox classic features Academy Award-winning actors Charlton Heston (“Ben-Hur”) and Rex Harrison (“My Fair Lady”). Heston plays Renaissance artist Michelangelo, who spends more than four years creating the Sistine Chapel’s spectacular ceiling fresco, while questioning his own religious views and verbally sparring with the man who commissioned him, Pope Julius II, depicted by Harrison. A teaser and theatrical trailer are also included.