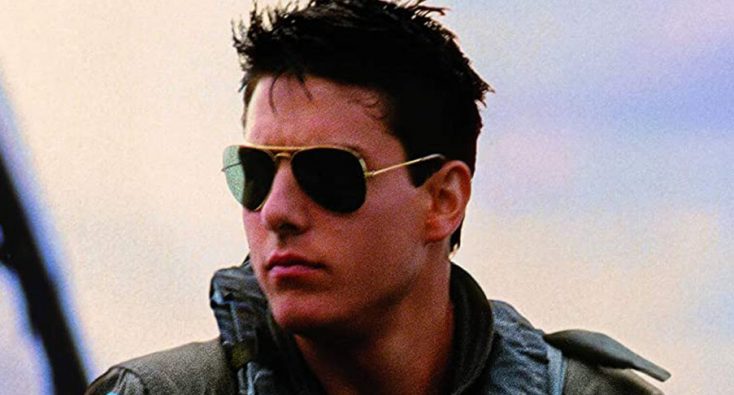 The comedy follows the one-and-only Axel Foley, a street-smart cop from Detroit on the trail of his best friend’s killer in Beverly Hills. Axel smashes through the local barriers in a hilarious, high-speed pursuit of justice.

The 4K Combo includes commentary by director Martin Brest, a featurette called “‘Beverly Hills Cop’—The Phenomenon Begins,” a glimpse inside the casting process, the music of ‘Beverly Hills Cop,’ deleted scenes, behind-the-scenes featurettes incorporating vintage 1984 interviews, an isolated audio track of the original score by Harold Faltermeyer, “BHC Mixtape ’94,” which allows viewers to go directly to the scenes featuring the movie’s hit songs, “The Heat is On,” “Neutron Dance,” “New Attitude,” “Stir It Up,” “Do You Really” and “Nasty Girl.” Plus, a location map and more.

Get into the ring with Pro MMA fighter Alex Montagnani in “Cagefighter,” arriving on Blu-ray Tuesday Dec. 1, from Screen Media.

Reiss Gibbons (Montagnani) is on the cusp of cementing himself as the greatest to ever step inside the Legends cage. With five title defenses under his belt, a beautiful wife in Ellie (Georgia Bradner), endless sponsorship deals thanks to his ball busting agent Reggie (Elijah Baker), and the support of coach and mentor Marcus (Chuck Liddell), Reiss has it all. But when Savvy promoter Max Black (Gina Gershon) pits him against pro wrestling super star Randy Stone (AEW Champ Jon Moxley) in the company’s first-ever cross-promotional event, Reiss finds himself in the toughest fight of his life.

Join the beloved comedian on an unforgettable comic quest to the New World. As an African prince, it’s time for him to find a princess, a mission that leads him and his most loyal friend (Arsenio Hall) to Queens, New York. Disguised as an impoverished immigrant, the pampered prince quickly finds himself a new job, new friends, new digs, new enemies and lots of trouble. Keep an eye out for both Murphy and Hall in some unforgettable cameo roles.

The 4K disc presentations include the previously released special features in HD: “Prince-ipal Photography: The Coming Together of America,” “Fit for Akeem: The Costumes of ‘Coming to America,’” “Character Building: The Many Faces of Rick Baker,” “Composing America: The Musical Talents of Nile Rodgers,” “A Vintage Sit-down with Eddie & Arsenio,” and more.

Need more Eddie Murphy? He also stars in the action-comedy “The Golden Child,” which is newly remastered from a 4K film transfer under the supervision of director Michael Ritchie, available on Blu-ray for the first time ever, as part of the Paramount Presents line.

Murphy stars as the “Chosen One,” a social worker on a madcap mission to find “The Golden Child,” a young boy who possesses mystical powers. Joined by Kee Nang (Charlotte Lewis), they’ll battle the countless henchmen of Sardo Numspa (Charles Dance), the mysterious and evil cult leader holding the boy captive. It’s a dangerous quest, complete with obstacle courses and a mythical amulet, sharply combining Murphy’s wit with eye-popping special effects for an unforgettable adventure.

This limited-edition title is presented in collectible packaging that includes a foldout image of the film’s theatrical poster and an interior spread with key movie moments. The comedy also be available on 4K Ultra HD Digital.

The Paramount Presents Blu-ray includes a new featurette on the “Making of ‘The Golden Child,’” as well as access to a Digital copy of the film and the theatrical trailer.

The beloved anvil-armed sailor of the seven seas comes magically to life in “Popeye,” arriving on Blu-ray for the first time ever Tuesday Dec. 1, from Paramount Home Entertainment.

Starring the incomparable Robin Williams in his first big-screen role and Shelley Duvall as his devoted sweetie, Olive Oyl, the delightful musical celebrates its 40th anniversary this year, having debuted in theaters on Dec. 12, 1980.

The new Blu-ray includes access to a Digital copy of the film, along with nearly 30 minutes of all-new bonus content featuring excerpts from one of Robin Williams’ final interviews, an interview with director Robert Altman from 2014, as well as a newly conducted interview with Stephen Altman.

Legendary producer Robert Evans and screenwriter Jules Feiffer worked for nearly three years to get “Popeye” into production. The film combined the talents of Altman, composer and lyricist Harry Nilsson, numerous filmmaking artisans, and an outstanding cast of actors, mimes, athletes and street performers to bring the world of the beloved cartoon character to life. The result is an uplifting and visually delightful film that celebrates the magic of what Altman called “a genuine American hero.”

Though the film received mixed reviews from critics when it was released theatrically 40 years ago, audiences were delighted. The comedy took in $60 million in box office receipts worldwide, more than double its production budget.

How about more Eddie Murphy? “Trading Places,” one of the funniest, most outrageous comedies of the 1980s arrives Tuesday Dec. 1 on Blu-ray as part of the Paramount Presents line.

The very rich and extremely greedy Duke Brothers (Don Ameche and Ralph Bellamy) wager over whether “born-loser” Billy Ray Valentine (Murphy) could become as successful as the priggish Louis Winthorpe III (Dan Aykroyd) if circumstances were reversed. Alongside the street-smarts of Ophelia (Jamie Lee Curtis), Winthorpe and Valentine are a trio ready for a riotous revenge that culminates on the commodities trading floor in New York City.

In this high-flying action drama, an elite group of pilots competing to earn the title of “Top Gun” captured the imagination of moviegoers upon its release, ultimately earning a worldwide box office of over $350 million. Tom Cruise is superb as the talented pilot Pete “Maverick” Mitchell, a daring young flyer who’s out to become the best of the best. Featuring a sensational soundtrack with unforgettable songs including Berlin’s “Take My Breath Away,” which won the Academy Award for Best Music, Original Song, and Kenny Loggins’ “Danger Zone,” the film also stars Kelly McGillis, Val Kilmer, Anthony Edwards and Meg Ryan.

This highly collectible release makes an ideal gift and includes an exploration of the film’s legacy and enduring popularity through interviews with Cruise, producer Jerry Bruckheimer and members of the cast of the upcoming “Top Gun: Maverick,” including John Hamm, Miles Teller, Glen Powell, and more.

Prepare to go on an unforgettable adventure with “Green Eggs and Ham,” the animated family comedy series, which will be released on DVD Dec. 1, from Warner Bros. Home Entertainment.

A chance meeting at a diner and a briefcase switch-up, results in two unlikely companions Sam (Devine) and Guy (Douglas) getting mixed up on an adventure that takes them on a road trip to save an endangered animal—the elusive Chickeraffe—from a far-off zoo. The two mismatched souls cross paths with the overprotective Michellee (Keaton), whose daughter, EB (Glazer) desperately wants a pet and falls in love with the Chickeraffe, despite her mother’s fears that it will eat off her face (it won’t).

As Michellee’s walled-up heart connects with the heart-hardened Guy, a laborious love story begins. With the foursome also unknowingly pursued by a bounty-hunter Goat (Turturro), two bad guys, McWinkle (Wright) and Gluntz (Bell) and Snerz (Izzard) a tiny, evil overlord who’s out to get the Chickeraffe as his ultimate trophy, they set out on a cross-country road trip, learning to try new things along the way—like hope, friendship and a certain delectable dish.

Having debuted on Netflix last year, the series earned a Daytime Emmy for Outstanding Casting for an Animated Series or Special.

Prepare to step back in time and experience 1930s Los Angeles noir in HBO’s critically acclaimed period drama “Perry Mason: The Complete First Season,” available on Blu-ray and DVD Tuesday Dec. 1, from Warner Bros. Home Entertainment. It also is available to own on Digital via purchase from digital retailers.

Praised by critics and viewers alike, fans of the rebooted courtroom drama series will be able to own all eight episodes of the series’ exciting debut season along with bonus content. “Perry Mason: The Complete First Season” is available for $24.98 (SRP, $29.98 in Canada) for the DVD and $29.98 (SRP, $39.99 in Canada) for the Blu-ray which includes a Digital Code (US only).

“Perry Mason: The Complete First Season” follows the origins of American fiction’s most legendary criminal defense lawyer. When the case of the decade breaks down his door, Mason’s relentless pursuit of the truth reveals a fractured city and just maybe, a pathway to redemption for himself.

Bonus features include a conversation with Rhys and Robert Downey Jr., who both serve as producers on the series, a separate conversation with Downey and his wife/producing partner Susan Downey, as well as the featurettes: “The Characters of Perry Mason” and “Under the Fedora.”