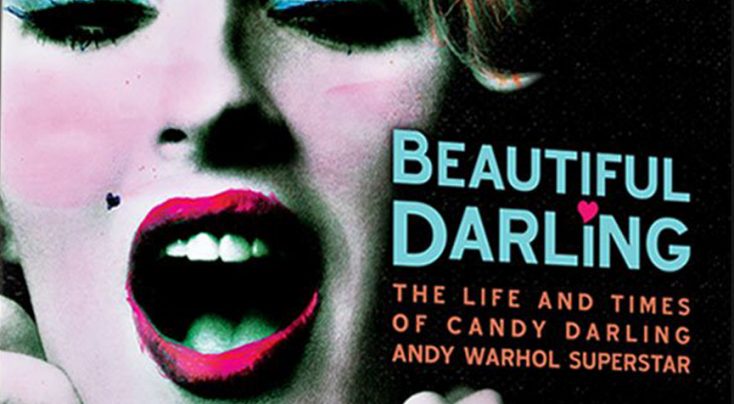 Written for the screen by Duncan Brantley and Mark Wheaton, the “American Dream” DVD will be available for the suggested retail price (SRP) of $19.98.

A passionate and all-consuming love affair changes the lives of two 19th century women in “Ammonite,” arriving on Digital, Blu-ray, DVD and On Demand Tuesday Jan. 12, from Neon and Universal Pictures Home Entertainment.

In 19th century England, acclaimed but unrecognized fossil hunter Mary Anning (Winslet) works alone on the rugged Southern coastline. With the days of her famed discoveries behind her, she now searches for common fossils to sell to tourists to support herself and her ailing mother. When a wealthy visitor entrusts Mary with the care of his wife Charlotte Murchison (Ronan), she cannot afford to turn his offer down. Proud and relentlessly passionate about her work, Mary initially clashes with her unwelcome guest, but despite the distance between their social class and personalities, an intense bond begins to develop, compelling the two women to determine the true nature of their relationship.

The Digital, Blu-ray and DVD of “Ammonite” comes with an exclusive behind-the-scenes featurette with the cast and crew taking audiences on a beautiful behind-the-scenes journey into the making of this epic film.

Beautiful Darling: The Life and Times of Candy Darling

Famed transgender pioneer and Andy Warhol protégé Candy Darling is the subject of the documentary “Beautiful Darling: The Life and Times of Candy Darling,” available on DVD/Digital Tuesday Jan. 12, from Corinth Films.

A major part of Warhol’s entourage in the 1960s, Darling was the inspiration for two of Lou Reed’s hit songs, “Walk on the Wild Side” and “Candy Says.” The documentary, by James Rasin, reveals Candy’s journey of self-discovery and transformation. Starting out as Jimmy Slattery, she transformed into Candy, a gorgeous blond actress and throwback to Hollywood’s Golden Age. This persona won her starring roles in two Warhol movies, parts in mainstream films, and a lead role in a Tennessee Williams play. Her beauty attracted such taste-making photographers as Robert Mapplethorpe, Cecil Beaton, Richard Avedon and Peter Beard.

Rasin chronicles Candy’s journey as an allegory for our fame and media obsessed times. It also is a gripping story with a simple, universal theme: One person’s pursuit of their American Dream. The film interweaves rare archival footage and both historical and contemporary interviews with such luminaries as Tennessee Williams, director Paul Morrissey, writer Frank Lebowitz, Warhol superstar Holly Woodlawn and others, with excerpts from Candy’s own diaries and letters, which are voiced by Academy Award nominee Chloe Sevigny.

The DVD/Digital of “Beautiful Darling” will be available for $24.95 (SRP).

Scott directed and co-wrote the documentary along with Edward Osei-Gyimah, which explores the production of energy, something taken for granted but crucial to everyday living, traveling across the U.S. to learn of the obstacles and opportunities for achieving energy freedom. He decided to make the documentary after he installed solar panels on his Las Vegas home, only to discover restrictions from the state’s public utilities commission on selling back excess electricity back to the grid, effectively killing the fast-growing industry in that state. He discovered similar efforts at “solar suppression” in other states including California and Georgia.

Stanley (Hunnam) and Lion (O’Connell) are brothers struggling to stay relevant in the underground world of bare-knuckle boxing. When Stanley fails to pay back a dangerous crime boss (Jonathan Majors), the siblings are forced to deliver an unexpected traveler as they journey across the country for a high-stakes fighting tournament. While Stanley trains Lion for the fight of his life, a series of events threaten to tear the brothers apart, but their love for one another and belief in a better life keep them going in this gripping drama that proves family pulls no punches.

Directed by Max Winkler, the screenplay was written by Winkler, Theodore B. Bressman and David Branson Smith. “Jungleland” also is available now on Digital platforms.

A heartwarming story about an unlikely friendship between a girl and a lion cub, “Lena & Snowball” will arrive on DVD, Digital and On Demand Tuesday Jan. 12, from Lionsgate.

Bullied at school and lonely at home, Lena (Melissa Collazo, “Swamp Thing,” “Stranger Things”) keeps hoping she’ll have a true friend someday. One afternoon, her dreams come true—in the shape of a cuddly white lion cub. Lena tries to keep playful Snowball out of trouble, but the clumsy poachers who kidnapped the valuable cub, and the cruel trophy collector who paid for him, are desperate to get him back. As Lena races to rescue poor Snowball, her new friend Jake (Elliott Sancrant) will do anything to help. Wade Williams, Bransombe Richmond and Robert Knepper also star.

The family friendly drama is directed by Brian Herzlinger from a screenplay by Sebastian Brummer, Werner Kienburger and B. Dave Walters.

One of the most influential characters in anime returns with a new adventure. “Lupin III: The First” makes its way to home entertainment introducing the beloved characters in CG animation for the first time on Blu-ray + DVD combo pack, as a standalone DVD, and as a SteelBook edition of the Blu-ray combo Tuesday Jan. 12, from GKIDS and Shout! Factory.

This release will be presented in both the original Japanese version and a new English dubbed version, featuring the return of the beloved English cast that has voiced previous Lupin films and series. Bonus features exclusive to the Blu-ray include interviews with director Takashi Yamazaki and the Japanese voice cast, and much more. The SteelBook edition also includes a beautiful, 16-page booklet featuring character concept art. Fans who order their Blu-ray + DVD combo pack or SteelBook copies from Shoutfactory.com will receive an exclusive 18”x24” lithograph, while supplies last.

The iconic “gentleman thief” Lupin III returns in an action-packed, continent-spanning caper, as Lupin III and his colorful underworld companions race to uncover the secrets of the mysterious Bresson Diary before it falls into the hands of a dark cabal that will stop at nothing to resurrect the Third Reich. The gang undertakes trap-filled tombs, aerial escapades and daring prison escapes with the trademark wit and visual finesse that have made “Lupin the 3rd” one of the most storied animation franchises in the world, in this electric adventure.

The all new English-language dub film will feature the voices of Tony Oliver, Doug Erholtz, Michelle Ruff, Richard Epcar and Lex Lang returning to their roles within the franchise, and Laurie C. Hymes, J. David Brimmer and Paul Guyet joining the cast for this latest adventure.

Once Upon a River

First-time feature director Haroula Rose’s coming-of-age drama, “Once Upon a River,” based on the best-selling novel of the same name from author Bonnie Jo Campbell, will be available on DVD/Digital Tuesday Jan. 12, from Film Movement.

The film which has made its way through the festival circuit, has already won over 17 awards and with Kenadi DelaCerna’s breakthrough performance in her first film.

“Once Upon a River” tells the story of Native American teenager Margo Crane (DelaCerna) in 1970s rural Michigan who after enduring a series of traumas and tragedies, sets out on an odyssey on the Stark River in search of her estranged mother. On the water, Margo encounters friends, foes, wonders, and dangers; navigating life on her own, she comes to understand her potential, all while healing the wounds of her past.

The DVD also features “The Music of Once Upon a River,” an exclusive featurette directed by Rose, an award-winning singer/songwriter who compiled the original soundtrack. Featuring an original score by Death Cab for Cutie’s Zac Rae, the soundtrack is packed with talented chart-topping music artists including J.D. Souther, Rodney Crowell, Bill Oldham (aka Bonnie “Prince” Billy), as well as the breakout single “Rachel’s Song,” by Rose and Peter Bradley Adams.

A fascinating documentary on artist Audrey Flack is the subject of “Queen of Hearts: Audrey Flack,” available on DVD/Digital Tuesday Jan. 12, from Film Movement.

The octogenarian artist has always been a trailblazer. “Queen of Hearts: Audrey Flack,” a documentary from Oscar and Emmy winning director Deborah Shaffer (“The Wobblies,” “To Be Heard”) and co-director/editor Rachel Reichman (“Hitchcock/Truffaut,” “A Letter to Elia”), is an intimate portrait of her life and work, as she returns to her canvas for the first time in decades, revealing her longtime struggles as an artist and mother to find her rightful place in the art world.

At 88, Flack holds a unique place in the history of contemporary art in America. Feminist, rebel, mother, painter, sculptor and teacher. Her often controversial 40-year career evolved from abstract expressionism in the 1950s to photorealism in the 1970s. One of the first women ever included in the famed “Janson’s History of Art,” Flack continues to create, explore and inspire with her unique style and indomitable spirit.

“Queen of Hearts” follows Flack as she takes her work in a brand new direction and reveals her long-term struggles as the mother of a child with autism. Flack has something deep and genuine to communicate to the world. She is a provocateur and a rebel, an example and an inspiration, and this feature-length documentary is a moving portrait of an artist who is still testing, still experimenting, still searching.

An official selection of DOC NYC and Full Frame, “Queen of Hearts” includes deleted scenes and a filmmaker Q&A.

‘Idol’ Top 8 Takes on Motown and Each Other