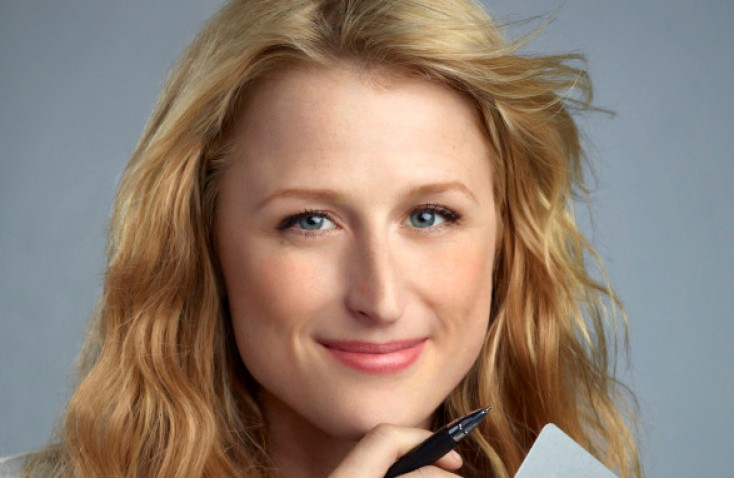 HOLLYWOOD—Mamie Gummer has spent the last few years working constantly in featured roles on stage, screen and television. But in The CW’s new dramady “Emily Owens, M.D.,” which premieres on October 20, she gets to shine in the title role. If she looks familiar to you, it’s because she uncannily resembles her mother, Oscar-winning actress Meryl Streep.

Emily, a geek who had problems in high school, is now a first-year surgical intern at Denver Memorial Hospital. But she soon discovers that the atmosphere is exactly like high school, especially when her high school nemesis, the popular Cassandra Kopelson (Aja Naomi King) also turns up as an intern at the hospital.

I spoke with Mamie at the TV Critics Association about this new chapter in her career.

Q: You also played a doctor in TV’s “Off the Map.” Does Emily have anything besides doctorhood in common with that character?

Gummer: Not a thing. The character that I played in “Off the Map” was cynical and sarcastic. Emily is hopeful, optimistic and lighter and wears her heart on her sleeve.

Q: It seems like your medical terminology is a lot more complex here than it was in “Off the Map.”

Gummer: Yes, I noticed that. It is hard. It’s like I’m speaking Trekkie or something. These sounds means nothing to me. I write them on huge cue cards and taped them up all over the room. I don’t actually end up looking at them, but just knowing that they are there if I panic helps. It’s hard to retain, and then muscle memory kicks in and you just start sounding like you know what you are talking about.

Q: There seems to be a new term in TV—“Adorkable.” I suspect that people are going to describe this character with that word. Do you think that’s an accurate description?

Gummer: Yeah. It’s funny, I’m getting a lot of questions like, ‘What was high school like for you?’ I’ve kind of blocked it out, but I have a good friend who affectionately reminded me that I was, yes, a dork. I was not a cool kid in high school. Emily is a human being. She trips and falls down, but she gets up and you want the best for her.

Q: Can you talk about the fun of playing the physicality of the character?

Gummer: It’s a lot of fun to have a license to slip up. And it’s funny, too, because she is so together in some areas of her life. She’s really good at her job, and that’s clear. It’s just all the other stuff where she falters a little bit.

Q: The audience has to like your character for this show to work, and yet you have to make yourself offbeat. How do you approach that?

Gummer: The way I approach it in my life. I think that I borrow on whatever graces that I have. It’s a little bit like the character of Bridget Jones. People love to see someone not get it right all the time. It’s a relief.

Q: Your character narrates the episodes—how did you find doing that?

Gummer: The voice-over is interesting to me, because it deepens my relationship with the character. I commit everything to memory and learn the inner monologue, so not only am I speaking and moving like the character, but I’m actually having to think like her.

Q: Do you brush over the inevitable discussion about your family and wanting to be your own person?

Gummer: Yeah, but it’s gotten a lot easier and people have been really respectful. When I first started working I knew that was what everyone wanted to talk about and that’s fine, that’s fair. I just wish that it was a more interesting subject, (and) that I had a better answer but I don’t. She’s my mom, she’s wonderful, both my parents are super supportive.

Q: Did your mom ever give you any advice on how to pick great roles?

Gummer: No, she just gave me whatever good sense I have, period. I asked her to read this script (and) she liked it. Everyone got on board with it because relocating from the East Coast up to Vancouver was a big decision.

Q: Watching your mom growing up, how did that prepare you for the ups and downs of being an actress?

Gummer: It did just that. I’ve seen all facets of this profession and I’m not so naive to be enthralled by the glamour, the spotlight and the fame, it’s not that interesting to me. But I also saw the life of a person who really loves her craft and cares deeply for what she does, so that provided me with a great model.

Tags:CW, Emily Owens, M.D., Mamie Gummer
Previous Post‘Oranges’ Should Have Stayed on Shelf – 3 Photos
Next PostAmped-Up ‘Argo’ Should Have Stuck to Facts